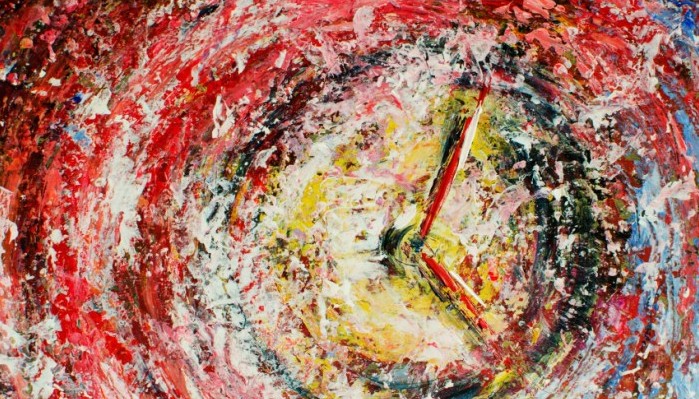 Today I want to talk to you about latkes and the practice of becoming a good machinist.

I had promised today’s post was to have been about precision CNC machining and errors but, in favor of a couple of other more timely topics, I’ve decided to postpone it until later this month.

During the holidays, my family and I were invited to a friend’s house for a Hanukkah celebration that included a latke cook-off. Ever since I was a child, I’ve looked forward to eating these yummy fried potato cakes.  Often associated with the celebration of Hanukkah, latkes pair beautifully with sparkling wine and, when made right, go a long way to soothing the soul after a long hard day (did I mention they go well with sparkling wine?).

The cook-off featured a wide assortment of latkes – from traditional versions to more modern interpretations featuring ingredients such as beets, apples, and green chilis. In my mind there was a clear winner. The latkes made by the host’s mom Bubbe (name changed to protect the innocent) were smile-inducing morsels of fried potato yumminess.

I immediately sought Bubbe out to offer compliments and ask for a recipe. She shared with me that this particular recipe had been in her family for generations and was passed down to her and in turn, to her daughter, our host. What I found interesting was her daughter’s entry to the competition, while being good, was not “Bubbe good.”

I felt compelled to ask, “So, I’m never going to be able to make latkes as good as yours, am I?”  She smiled a most wonderful smile and said:

It will take time to make them your own.

Later in the evening, while talking to the host about her own attempts to duplicate her mom’s latkes, it become apparent that although the handed-down recipe was theoretically complete, there were nuances employed by Bubbe that would only occasionally make themselves known in casual conversation. Call these nuances what you will: adjustments, embellishments, modifications etc. but I suspect that in summation they are the things that make mom’s cooking, “mom’s cooking.”  Furthermore, I suspect they only get learned while on the job.

Becoming a Machinist that is “Bubbe Good”

On reflection, the practice of becoming a good machinist is not much different than becoming a good cook. That is, there is a point at which you only get better by doing the work and being present for what transpires in the process – good or bad.

Indeed, you don’t make a great machinist, they make themselves.

Although recipes are strictly followed, by paying attention to the nuances, a good machinist is able to adapt in a way that an average machinist cannot. The result being: Processes that are more likely to remain stable for longer periods of time, reduced errors, and more efficient operations.

Speaking of results, I thought you’d like to know that to much applause, Bubbe won the cook-off. Apparently, she has won every year. So now, to make room for someone else there has been talk of mandatory retirement. Bubbe seemed agreeable but I know a ruse when I see it so I’m already laying the groundwork to step up my game.

Before signing out for the week, I leave you with a music recommendation of someone who, in the theme of today’s post, has taken the time to make music his own. Asaf Avidan is a well-known Israeli singer/songwriter who doesn’t seem to be well known here in the US. The song Over My Head is from an up and coming album set to be released in January 2015.  I encourage listening to it here first without images and only then checking out the artist’s official website.