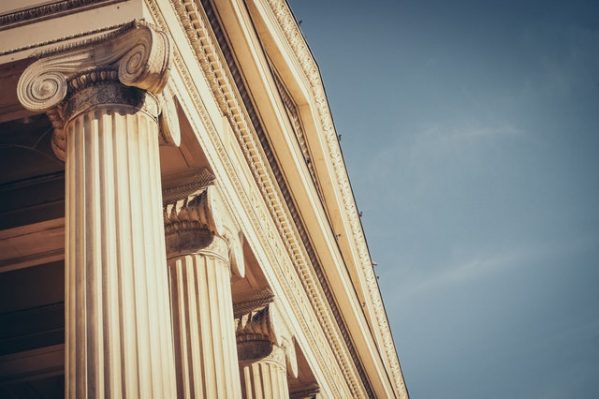 When we are no longer able to change a situation – we are challenged to change ourselves. ~ Viktor E. Frankl

I believe true happiness is borne from meaning. In a recent discussion on this matter, I was asked:

If true happiness is borne from meaning, how does one go about finding meaning?

This is an excellent and timely question given that, according to psychologist Martin Seligman:

Americans, on average, may be more depressed, and at a younger age, than they ever have been: unprecedented psychological misery in a nation with unprecedented prosperity and well-being (source).

Emily Esfahani Smith, author of The Power of Meaning, has a good idea on where to find meaning.

– surrounding yourself with people who love and accept you for who you are.

Although most of us will likely find this in family, I know plenty of people who find belonging in other places: at work, in bands, at the skateboard park, etc. Now, whether that Facebook friend really loves you for who you are is separate matter.

– using your strengths to serve others.

I recently had an email exchange with the CEO of a large manufacturing company who lamented that “the world turns skill into a commodity by simply saying it is so.”

In light of an observation like this, what purpose drives this particular CEO to get up and go to work every day? Here is what he had to say:

It can be depressing but I try to surround myself with exciting challenges and I work to find one good employee at a time who can be trained up to earn a decent wage.  Then it is on to another. It is like planting a fruit tree orchard one sapling at a time.  Eventually it is a sight to behold.

– being connected to a “higher reality.”

Many look to religion to find transcendent meaning in their lives, however other options might include music, art, nature, etc. Good thing for those options since there is a clear and seismic shift occurring away from religion (and spirituality) in America today. For example, a recent study by Twenge et. al. concerning differences in American adolescents’ religious orientation between 1966-2014 notes:

Recent birth cohorts report less approval of religious organizations, are less likely to say that religion is important in their lives, report being less spiritual, and spend less time praying or meditating. (source)

– the story you tell yourself about yourself.

The first three pillars noted by Smith are ones I’ve recurringly touched on in this blog and are in fact, deeply entwined in my belief that in order to be happy, you need someone to love, something to do, and something to hope for. However, Smith’s idea that the stories we tell about ourselves is crucial to finding meaning (and happiness) is a powerful observation and something I haven’t thought of before. It’s powerful because, as noted by Smith in the talk I’ve left you with below:

We don’t always realize that we’re the authors of our stories and can change the way we’re telling them. Your life isn’t just a list of events. You can edit, interpret and retell your story, even as you’re constrained by the facts.

A great example of this in my own life was documented in an article I wrote titled “Finding Happiness in a Vocation.” I noted it wasn’t until I rewrote my story about diverting my career that I found meaning and eventually happiness. Indeed, much like the CEO quoted above, I derive incredible meaning trying to keep a low margin manufacturing company afloat in America and by providing living wage jobs to people who may have limited opportunities otherwise.

I was prompted to write this today because just last week while on a business trip to northern California, I learned someone who I had worked with for a number of years had killed himself. He was an honorable man who served his country by being involved in countless defense programs that are crucial to the safety of our country and the warfighter. I couldn’t help but feel incredible sadness when I found out.

If the holidays have got you down and out, I hope the list above can offer some solutions to telling yourself a different story and getting out of your funk. Remember friends, as I’m reminded every Sunday: We all need you to survive. We all need you to thrive.

Although I’m leaving you with a video of Smith’s talk, I would be remiss in not adding some music to our Spotify playlist. This week, in hopes I can convince you to stop running around this holiday season in favor of spending some quality time with people who really matter to you, I’m leaving you with the incomparable Son Little and his song “Lay Down”:

Baby, won’t you lay (lay down)

Let the others run around (run around) for once (YouTube)

Until next week, here’s to watching the water boil, friends.