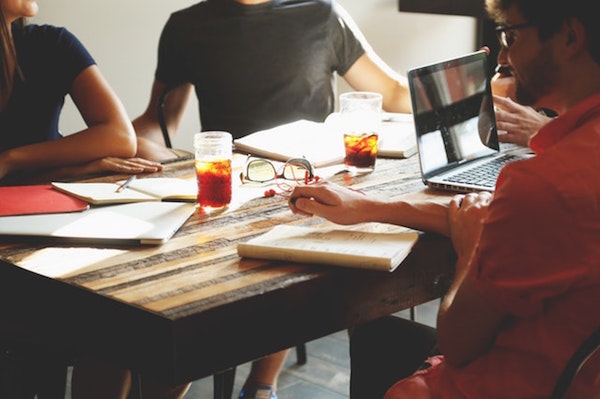 Maybe I listen more than you think
And I can tell that somebody sold you
We said we’ve never let anyone in
We said we’d only die of lonely secrets ~ The National, from “The System only Dreams in Total Darkness”

According to Time, one of the 50 worst inventions of all time, sandwiched between New Coke and Agent Orange, is unsurprisingly, Clippett (aka Clippy), Microsoft’s universally hated digital office assistant. With creepy eyes that made you want to hide for cover and an uncanny ability to piss users off by continually interrupting them, it’s no surprise Clippy has become “famous for being one of the worst user interfaces ever deployed to the mass public.” (source)

As with most failures, there are plenty of lessons to learn in the Clippy story so I thought over this and the next few blogs I’d dive in to glean some of the more important ones.

Robinson Meyer noted in The Atlantic, that even though early focus groups hated Clippy, engineers disregarded the feedback “because it didn’t cohere to their expectations.” Sound familiar? If you have any engineers working in your organization (or happen to be dating/married to one), it will.

When I was learning to become an engineer, from my very first class, it was beaten into me to organize homework submissions under three headings:

Over and over again, from thermodynamics to heat transfer, every single one of the assignments I turned in had those three words listed on them. Underlined. Followed by a colon.

Do this a thousand times and every single problem you come across eventually gets unpacked by asking:

Done. Onto the next problem.

Until of course, you start working in the real world and the folks paying you want to add a fourth category: criticism.

Although I expect things are different today, when I was a student, engineering pedagogy tended to be a little light on courses that allowed for a whole lot of discussion and criticism. Further, I suspect had I mentioned this omission to my professors, I would have been politely encouraged to switch my degree to, say, sociology.

The fact is, comparatively speaking, engineers tend not to appreciate criticism. Not just because of our lack of exposure to it in school but also because, truth be told, we’re usually right.

Until of course we’re not.

Here for example is Roz Ho describing the meetings that birthed Clippy:

We did a bunch of focus-group testing, and the results came back kind of negative. Most of the women thought the characters were too male and that they were leering at them. So we’re sitting in a conference room. There’s me and I think, like, eleven or twelve guys, and we’re going through the results, and they said, ‘I don’t see it. I just don’t know what they’re talking about.’ And I said, ‘Guys, guys, look, I’m a woman, and I’m going to tell you, these animated characters are male-looking.’ (New Yorker)

Clearly there are some gender issues at work here but I’ve seen this exact attitude in my own business when our engineers discount feedback from the (production) floor. Rarely is the problem attributed to the engineer’s process, programming, or tool selection; instead, more often than not, responsibility for the problems encountered is assigned to someone/something else. Of course, the danger in responding in this manner over and over again is that, after a while, not only will users stop communicating their concerns to engineering/management but, if able/allowed to do so, may take matters in their own hands.

This was the state of Evaero when I first started working here in 2001 and, for a variety of reasons, turned out to be one of the most difficult problems to get a handle on. Although it’s a problem we still haven’t solved, motivated by memories of our own epic disasters, we continue to work at trying to improve how our engineering department responds to feedback and criticism and, lest you/your company want to be recognized in a “worst of” list, I suggest you do the same.

Time to check out for the week but before doing so how about some music for our Spotify playlist? Here then, are The National with the song “The System only Dreams in Total Darkness” off of one of my favorite albums from 2017, Sleep Well Beast.