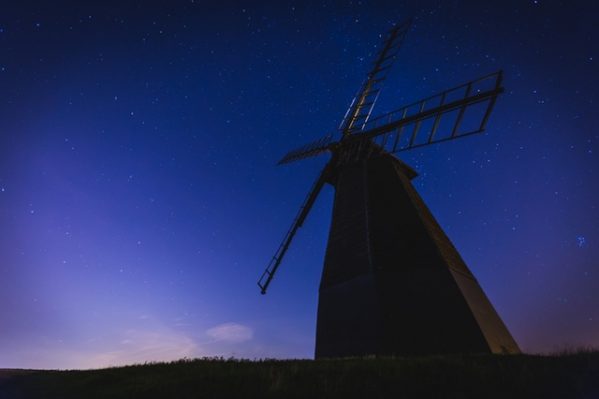 The presumptive Republican nominee recently gave a speech in which he outlined his plans for creating more jobs in the U.S. (transcript from Politico). The speech highlighted topics such as the loss of manufacturing jobs, “bad” trade deals with China and Mexico, the trade deficit, and currency manipulation.

In an effort to correct the record, in The State of American Manufacturing Jobs, I’ve already opined on one of the topics mentioned in the speech. Today I thought it would be interesting to set the rhetoric aside for a moment and look at some actual jobs data.

First, it should be noted that judging by overall unemployment numbers, it’s clear that in fact, America doesn’t need any help creating jobs. Simply compare our current unemployment rate of 4.9 percent (source) to what is considered an “acceptable” rate of unemployment.

What is an acceptable rate? Although debatable, for that answer one can look to the Federal Reserve which has a dual mandate* to target inflation and employment when conducting monetary policy. Here is what the FED recently had to say regarding the matter:

In the FOMC’s June 2016 Summary of Economic Projections, Committee participants’ estimates of the longer-run normal rate of unemployment ranged from 4.6 to 5.0 percent and had a median value of 4.8 percent. (source)

Which means, our current number of 4.9 percent falls in line with what is considered to be normal/acceptable.

With that out of the way, let’s dig a little deeper, shall we? In the chart below (to those of you getting this via email it looks better online) for people age 25 and older, unemployment data from the BLS are plotted according to four different levels of educational attainment. As you can see, the graph highlights some interesting facts (remember those?):

In light of these data, I question the need to address a “jobs problem” (mind you, this discussion is not about the quality of the job, but rather whether or not someone has a job) and wonder if the anti-trade/protectionist measures proposed will detract from the gains made.

As you might expect, the extent to which the presumptive nominee’s proposals would affect the economy is a matter of economic debate. For example, while a model developed by Moody’s Analytics (and discussed in the Washington Post) predicts that a trade war could cost “millions” of jobs, on his blog The Slack Wire, J.W. Mason suggests these costs are greatly exaggerated.

Although I’ll leave this debate to the economists, I find it worrisome that the foundation of the presumptive nominee’s economic policies are built on the false ideas that trade’s successes are measured in exports, trade’s costs are measured in imports and that, in the words of Paul Rubin in the WSJ (gated), we live in a zero-sum world where “economic magnitudes” are fixed.

A good place to stop but before checking out, in a nod to the benefits of a global marketplace I wanted to leave you with some Dutch music from the fantastic Maaike Ouboter. The song is called “Smoor” (which I believe means “madly” in Dutch) and trust me when I say, if you listen to it you won’t be taking opportunities away from American singers.

* Given that, as noted by the FED in the quoted source, the maximum level of employment is largely determined by non-monetary factors that affect the structure and dynamics of the job market I clearly need to spend some time understanding the rationale for the dual mandate.