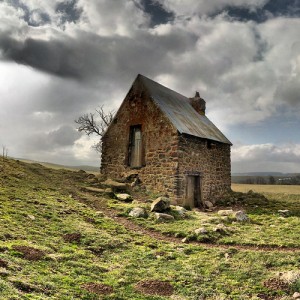 I spent a number of years doing research at Sandia National Laboratories in New Mexico at their (now closed) Liquid Metals Processing Lab. Located six miles from the main lab the Melt Lab was the ‘house that Frank built.’  I’ll explain.

Before showing up for my first day of work, I was told the reason the lab was located in the middle of the desert was to eliminate worry of collateral damage in the event of an explosion. Reflecting on my time there, I’m now convinced the real reason was to minimize collateral damage by keeping its director Dr. Frank Zanner away from the rest of the lab.

After being shown around by one of my mentors, Mike pointed down a hallway and told me I should introduce myself to the Director of the lab. Sporting khakis and a blue blazer, I walked down the hallway only to encounter Frank seated, phone in hand, dripping in sweat, no shirt on, cut off jeans, and a pair of running shoes with gigantic springs on the bottom.

Like a rabbit deciding whether to stay or run, in an effort to not wet myself, I thought it best to pause. I turned to look at Mike who by now had a gigantic shit-eating grin on his face and I realized that, whatever happened next, from this point forward, the world would be a very different place.

Introduction over and from that point forward, my world was a different place.

a lesson in culture

Partly because of the remoteness but mostly because of Frank and the cast of characters he assembled, the culture at the Melt Lab was somewhat different than the rest of Sandia.

The thing I remember though, is that regardless of how remote or different our lab may have been, to this day I’m still cognizant of Sandia’s strong set of core values: Integrity, excellence, teamwork, respect for each other, and placing service to the nation as our highest duty.

Although I was too young to realize it at the time, Sandia was a great place to work precisely because they had a mission I believed in and a core set of values everyone I encountered lived by. We didn’t know how the story was going to end but we all had a purpose and, although the dialects may have been different, we all spoke the same language.

“Do the right thing, do more for less, do what you say.”

Frank passed on some time ago and to this day, everytime I hear someone whistling in an airport (Frank had a couple tunes that he really liked) I think of him. Thanks for not firing me and may the force be with you Frank.