Our founders, immigrants who started this company over 40 years ago in Tucson, believed in the American Dream. They are a husband and wife born far apart in Europe.

Wilhelm Früh was raised by his mother in a small town along the Neckar River in Germany. He completed a tool and die apprenticeship then headed to the United States to pursue greater goals. Fortunately, he brought his accordion with him. It came in handy when he played it for the immigration authorities before they’d let him stay.

Elsbeth Kulik, the youngest of six, grew up in what is now Szczytno, Poland. At the end of WWII, she spent time in a Red Cross orphanage. Then, when she turned 18, her family caught behind the Berlin Wall, she left for America. She worked as a nanny, learned English and fell in love with her adopted country. 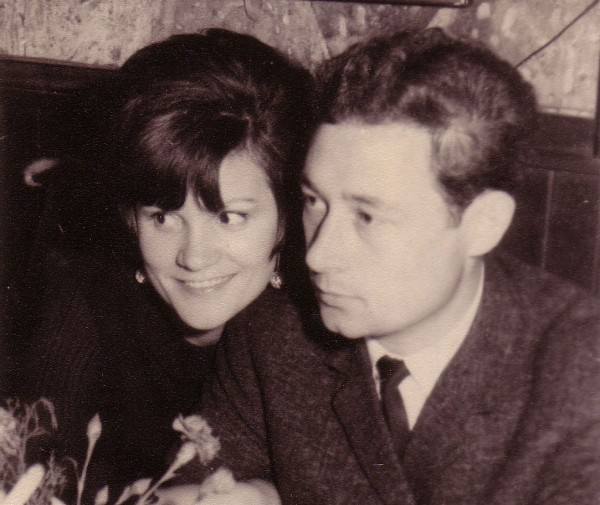 Wilhelm and Elsbeth found each other in Hillside, New Jersey and moved west together to Arizona.

The company soon established its own home in a diverse neighborhood called Binghamton, in Tucson. The area is now home to a Mormon church, the Jewish Community Center, furniture stores and art galleries.

Wilhelm headed the engineering side of the business while Elsbeth handled administration. Slowly but surely, Accurate Products grew, guided by its founders’ values.

Do the right thing. Do what you say. Do more for less.

It’s been over 20 years since Elsbeth and Wilhelm ran the company and while our philosophy remains the same, we’ve changed a great deal. Evaero is now managed by an experienced team backed by an external board of advisors. We’ve had to revolutionize the way we do business: Be a company that is big in spirit but small in size. We pride ourselves that we do things you wouldn’t see in a company our size.

But many things have remained the same and we’ve adhered to the same philosophies. We still believe in hard work, in doing things the right way, and in making parts valuable.

At the core, we are a company whose purpose it is to makes things. We manufacture peace of mind.

What our partners say:

“I can’t tell you the respect and appreciation I have for you and your team. You have all put up with so much to help us get out of so many tight spots, and it really goes to show the type of people you are.”

“Evaero never ceases to amaze me with their willingness to help out.. you definitely stand out among the others and I THANK YOU!”

“You are one of those people who always treated people with respect, honesty, and great ethics. I will miss working with you.”

“I want you to know that you are truly one of my favorite suppliers.”

“Thanks to everyone at Evaero who helped execute on this project. This part has had tons of visibility on our side and everyone here knows the story. They are all impressed with how well you delivered. This never happens (with other vendors).”