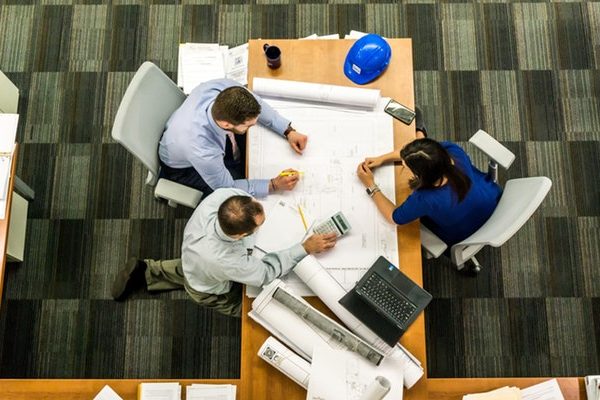 Surely people differ in their biologically determined qualities. The world would be too horrible to contemplate if they did not. But discovery of a correlation between some of these qualities is of no scientific interest and of no social significance, except to racists, sexists and the like. ~ Noam Chomsky

In a recent memo titled “Google’s Ideological Echo Chamber” (which you can read in its entirety on Gizmodo), Google engineer James Damore argued that women are underrepresented in tech not because of bias and discrimination, but because of inherent gender differences. He claims his argument is not that “diversity is bad, that Google or society is 100 percent fair, that we shouldn’t correct for existing biases, or that minorities have the same experience of those in the majority.” He does however, believe Google’s diversity initiatives are at best, misguided and at worse, harmful.

After the memo became public, Google CEO Sundar Pichai fired Damore for violating Google’s code of conduct and “advancing harmful gender stereotypes in our workplace.” Damore defended his actions in a (gated) Wall Street Journal article claiming he was fired because people were “zealously committed to the diversity creed,” unwilling to engage in “open and honest discussion” and that Google is “intolerant of scientific debate and reasoned argument.”

Damore has since been roundly vilified in the media as “sexist,” “misogynist,” and a “bully.” I don’t endorse his argument, however, upon reading the memo, my sense is that, rather than being a sexist, Damore is simply guilty of being an engineer.

Now, in my own business, I’m acutely aware that rational arguments are no match for the power of stereotypes. But, as a young engineer I could very well have imagined myself penning a piece with many of the same observations and arguments. That’s because what I didn’t grasp then (and what Damore doesn’t today) is what William Saletan notes in a piece in the (conservative) Weekly Standard:

You can talk all day about curves, distributions, and outliers. But most people will absorb the stereotype, not the exceptions. That’s how stereotypes work: They simplify thought by categorizing things like predators, trees, and the tribe next door. If you say Jews, on average, are wealthier than non-Jews, people will associate Jews with money. And when they meet someone who’s Jewish, they’ll start the relationship with that stereotype in mind.

Saletan goes on to write:

In a society or profession where Jews can defend themselves, these effects might be manageable. But where Jews are vulnerable, the stereotype can accelerate discrimination. And it gets worse if you ground the stereotype in biology.

Think women in tech are in a profession where the harmful effects of stereotypes are manageable? Here are some stats from the Observer that might suggest otherwise:

In other words, despite talking about distributions (rather than just the average) and how they overlap, by stating that “women, on average have more neuroticism,” Damore is simply feeding our society’s corrosive sexism rather than fostering an open and honest discussion about work and hiring practices. The sad part is that with approximately 74 percent of young girls expressing an interest in STEM fields and computer science (Observer), it’s clear such a discussion is desperately needed.

Unfortunately, rather than use his memo as an opportunity to educate and inform, Google shut the entire topic down by firing Damore for his (minority?) opinions, presumably in the name of protecting diversity. Had his memo been written in a hateful way or with malicious intent, that would be one thing but to my read it wasn’t. What I see is an engineer drawing conclusions from data (absent any social context) as engineers are want to do. Indeed, although I don’t endorse Damore’s argument and support Google’s diversity efforts (by buying and using their products), isn’t it ironic that in firing Damore Google was supporting his very argument that it is an ideological echo chamber?

I have more to add. Over the next few weeks, I’ll share my own experiences of running a business in a male-dominated industry as I believe they may inform the debate.

Over drinks after work one evening, an engineer friend lamented how frustrated she was by the lack of progress with regard to gender equality in her profession. In light of the types of hurdles she had faced while working in a male-dominated industry, she said she’d be hard pressed to encourage younger women to become engineers. Upon reflection, I’m inspired by results in other fields and am optimistic we’ll eventually achieve greater parity between men and women in tech. Still, I couldn’t help but think how future generations of girls will benefit from the unrecognized efforts of countless women like my friend.

Thinking about this led me to remember some lyrics in an old song by The Waterboys titled “The Whole of the Moon”:

Hope you like the song and I’ll be sure to add it to our Manufacturing Peace of Mind™ Spotify playlist.