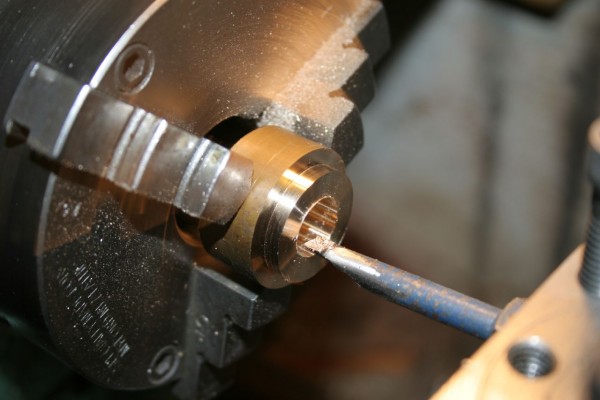 Evaero requires skilled employees in every facet of our business, from machinists and inspectors to assemblers and hand workers, yet we are continually challenged to find the right people to fill these positions. This isn’t unusual for a manufacturing company specializing in CNC machining of complex aerospace parts. And according to the 2015 ManpowerGroup Talent Shortage Survey, which suggests that the hardest jobs to fill in the Americas are those needing “skilled trade workers,” we are not alone.

One might assume the difficulty in filling these positions is due to demand and/or a skills gap, but I think otherwise.

The outlook for the commercial aerospace industry remains promising. For example, Boeing recently announced it is forecasting a demand for 38,050 new airplanes valued at $5.6 trillion dollars over the next 20 years, an increase of 3.5 percent over last year. With that kind of growth in demand for airplanes, it’s reasonable to assume the demand for skilled trade workers in the aerospace industry will also increase. However, for one to conclude it’s because of this demand that positions are hard to fill, one would have to demonstrate that wages have taken a big leap.

And they haven’t: Between 2009 and 2014, the U.S. Bureau of Labor Statistics reports that wages for the jobs noted above barely moved. For example, the average annual increase in median wages over these five years for a CNC operator (BLS code 51-4011) and a CNC programmer (BLS code 51-4012) was, respectively, 1.12 percent and 0.65 percent per year. That’s paltry when compared to the 3 percent annual increases purchasing managers enjoyed over the same time period. Furthermore, because 90th percentile wage data show the same level of annual increases, the demand wasn’t reserved for those with more experience/skill.

Since wages have not gone up much, demand cannot be the reason it’s so hard to fill positions in our industry.

What about the so-called skills gap?

Although technology in our industry has evolved significantly over the years, other than being able to use a computer, I doubt the educational requirements for employment are any different than they were 30 years ago: basic mathematics and the ability to read and write. A recent study published by the Economic Policy Institute supports this assessment:

So, if neither demand nor a skills gap can be explain why companies feel it’s hard to fill jobs requiring skilled trade workers, what’s the root of the problem? I’ll save my ideas about this for next week but until then I wanted to leave you with some music (click here for my Spotify Playlist).

Flore M…soul, blues, gospel…doesn’t get much better than this. I was introduced to her via a music festival in one of my favorite European cities, Strasbourg, France.  She just released her first album called This is Who I Am.  Here’s a song from the album…I hope you like it.