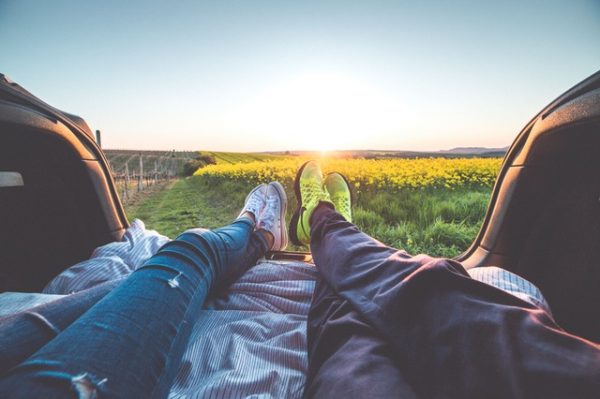 The inscription upon the tombstone of the man who had endeavoured to mend a tolerable constitution by taking [medicine]; “I was well, I wished to be better; here I am”; may generally be applied with great justness to the distress of disappointed avarice and ambition. ~ Adam Smith

As discussed last week, I set aside my career to help my parents out with their business. In so doing, I made some sacrifices to be sure, but felt like I had dedicated myself to a cause greater than me. While happiness would eventually ensue, along the way, I questioned my decision on many an occasion:

Had I done the right thing?

Were the countless family related struggles worth it?

What about my family? Was it the best thing for them?

Would I ultimately have regrets about setting aside my own dreams for the sake of a small, struggling, family business being battered by a global economy and a market that was increasingly becoming commoditized?

These types of questions are certainly not unique to my situation.

Consider for example the son/daughter who moves to take care of an ailing parent; the husband who gives up his job because his wife’s career is advancing faster than his; the spouse who decides to stay home rather than pay for childcare; or the aspiring artist who takes a “real” job so he can put food on the table and a roof overhead. All are examples of decisions made for others that can lead to unhappiness if one isn’t careful.

So the question is, if you find yourself in a situation like this, how do you increase the likelihood that happiness will ensue? An answer, I believe, may be found in Part III of Adam Smith’s The Theory of Moral Sentiments. In addition to the quote that heads today’s blog, it includes a fantastic chapter that discusses what Smith referred to as the “influences and authority of conscience.” Consider the following passage (emphasis my own):

The great source of both the misery and disorders of human life, seems to arise from over-rating the difference between one permanent situation and another. Avarice over-rates the difference between poverty and riches: ambition, that between a private and a public station: vain-glory, that between obscurity and extensive reputation. The person under the influence of any of those extravagant passions, is not only miserable in his actual situation, but is often disposed to disturb the peace of society, in order to arrive at that which he so foolishly admires. The slightest observation, however, might satisfy him, that, in all the ordinary situations of human life, a well-disposed mind may be equally calm, equally cheerful, and equally contented.

Ain’t that the truth?

Certainly, as I reflect back on periods that I felt regret for my decision to return to Tucson, more often than not, I was comparing my situation to that of another or of others.

Does that mean we should stop making comparisons or aspiring to different things? Of course not. For, as Smith notes, “Some of those situations may, no doubt, deserve to be preferred to others;” however, as also noted by Smith:

None of them can deserve to be pursued with that passionate ardour which drives us to violate the rules either of prudence or of justice; or to corrupt the future tranquillity of our minds, either by shame from the remembrance of our own folly, or by remorse from the horror of our own injustice. Wherever prudence does not direct, wherever justice does not permit, the attempt to change our situation, the man who does attempt it, plays at the most Unequal of all games of hazard, and stakes every thing against scarce any thing.

This is certainly something to think about the next time you’re about to stake your marriage, reputation, finances, or business on a course of action that will have you playing at the most unequal of all games of hazard and staking everything against scarce anything.

Before checking out for the week, in addition to leaving you with a song off of Chicano Batman’s new album, I wanted to leave you with one last passage from Adam Smith’s book that I hope will tie all of this together:

What the favourite of the king of Epirus said to his master, may be applied to men in all the ordinary situations of human life. When the King had recounted to him, in their proper order, all the conquests which he proposed to make, and had come to the last of them; And what does your Majesty propose to do then? said the Favourite.—I propose then, said the King, to enjoy myself with my friends, and endeavour to be good company over a bottle.—And what hinders your Majesty from doing so now? replied the Favourite.