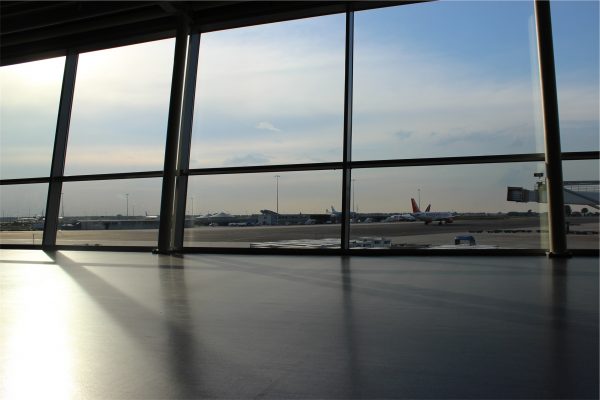 The amazing fact is that America is founded on a document. It’s a work in progress. It can be tested by each generation. – Christopher Hitchens

It is travel season, and keeping with the theme of last week’s blog, I thought I’d share three travel tips to survive a long flight.

Over the years I have found it impossible to sleep on flights. You name it, I’ve tried it: u-shape travel pillows, pre-flight yoga, abstaining from alcohol/caffeine before and during a flight (what was I thinking?), medication, meditation, Yanni (still recovering from that), reading, etc.

There was a time I correlated my inability to sleep on airplanes to a bad childhood experience, however, my wife, ever the sensible one, convinced me something more obvious was at work, namely: Economy seats are simply not well-suited for light sleepers over six feet tall.

On a recent trip to Hong Kong I discovered a solution that worked reasonably well. Called the J-Pillow, it’s a weirdly shaped travel pillow that supports your head, chin, and neck. Although I wouldn’t take it on a shorter domestic flight due to the bulkiness, until someone else is paying for an upgrade to business class, I definitely plan on taking one along on my next overseas flights.

Every time I see someone wearing a pair of “fashion” headphones I am reminded of an article in Gizmodo titled How Beats Tricks You Into Thinking it Makes a Premium Product. Here is a quote from the article:

Beats by Dre headphones are garbage. Besides their crappy sound, they’re basically designed to break.

Curious to know how much those $200 headphones cost to make? According to this analysis by Ben Einstein’s analysis at Bolt: $16.89. The power of brands indeed. Suffice it to say, I wish we had those margins rather than the three percent we’re lucky to make each year. 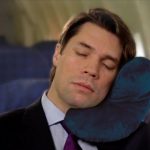 Now, if you’re feeling bad for having shelled out $200 for a pair of headphones that may not be much better than the ones given away on (some) flights, don’t. First, you look great, and really wasn’t that the point? In fact, if I weren’t wearing my J-Pillow, I’d probably be right there with you.

Second, although a matter of opinion, you look much better than the guy in business class who shelled out $300 for his Bose headphones which, by my accounting, leaves you with $100 in your pocket to buy another set.

I picked up a pair of Sennheiser earbuds on sale at Amazon for $30 and for the money, they are a great value. No, they aren’t “noise canceling” but they do a great job of isolating your ear canal from external noises. As far as sound quality, I’d say great bass, substantial mids, and crisp highs. They can be used with a travel pillow and also take up very little space in your carry-on bag. One caveat though, if you’re one of those unfortunate souls who runs and wants headphones for that purpose, I’d suggest looking for another pair since these aren’t likely to stay in your ear.

A proper cup of tea

For coffee drinkers, in-flight coffee quality ranges from bearable to decent, and life on an airplane has gotten much better over the years. If however, you like to have a cup of tea while you travel, all you can hope for is an insipid drink that in the best of times, will do little to inspire the senses and in the worst of times, will make you wonder if warm water has simply been run through underwear taken from lost baggage.

The “root of the matter” was eluded to by Christopher Hitchens in the following quote from his Slate piece on how to make a decent cup of tea:

In order for it to release its innate qualities, it requires to be infused. And an infusion, by definition, needs the water to be boiling when it hits the tea. Grasp only this, and you hold the root of the matter.

Although finding a solution presents some logistical challenges on a flight, if you take a small vacuum insulated container along with you as well as some tea bags, you’re in business.

First, the container: I have found that a short, wide-mouth container works best for a couple reasons. First, it fits completely inside the small pouches that are on the outside of my laptop backpack – an important factor since I travel in economy class and need to get the bag in and out from under my seat. Second, should you need to turn your container (with a tea bag in it) over to a flight attendant for filling with hot water, a short squat container will present less of a challenge and therefore be greeted with less consternation.

Regarding the tea itself, I prefer the round stringless tea bags as opposed to the ones with the string and label. In addition to fitting perfectly in my vacuum container, they are easy to fish out when I’m done steeping the tea and don’t come with annoying string and labels that always seem to fall into my tea during filling (is it just me?).

So, with a container and tea bags in hand, all that is left to do is get hot water to preheat your container and (after dumping it) another round for the tea itself, all things you can do yourself between services, while stretching your legs on a long flight. A cup and milk of course, are to-date still provided to us poor schlubs in the cheap seats, so until they take that away from us no need to worry about this.

Re-reading the Hitchens piece reminded me what a great writer he was. From the same article:

Now that “the holidays”—at their new-style Ramadan length, with the addition of Hanukkah plus the spur and lash of commerce—are safely over, I can bear to confront the moment at their very beginning when my heart took its first dip.

For those of you who don’t know him, Hitchens was a regular columnist for magazines such as Variety, Slate, and The Atlantic Monthly; a recognized debater; and an author in his own right. Regarding his books, I highly recommend Mortality which was written during the last months of his life and posthumously published. As noted in Henry Allen’s beautifully written review of the book in the WSJ:

The subject is his own dying. There are no clever pitches to diminish the horror vacui of oblivion. He offers no self-pity or special pleading. The book is tough-minded and depressing, not just because it describes his suffering but because it predicts ours.

Although I didn’t agree with many of his positions, whether he was talking about religion, Michael Moore, or Bill Clinton (all links are to YouTube clips of Hitchens) I always appreciated his well laid out arguments and he always left me with a lot to think about.

Here then, to leave you with something to think about before I check out for the week, is a YouTube video taken from a debate about the Iraq war as well as a quote from the debate:

The liberation of Iraq…will stand, I’m convinced, as one of the greatest decisions of American statecraft. As one of the things that American soldiers, male and female, and politicians who voted for it, those that have defended it, will be proudest of in the future of any decision we’ve ever made. Despite the ridicule, despite the incompetence, despite the failures, despite the disappointments..