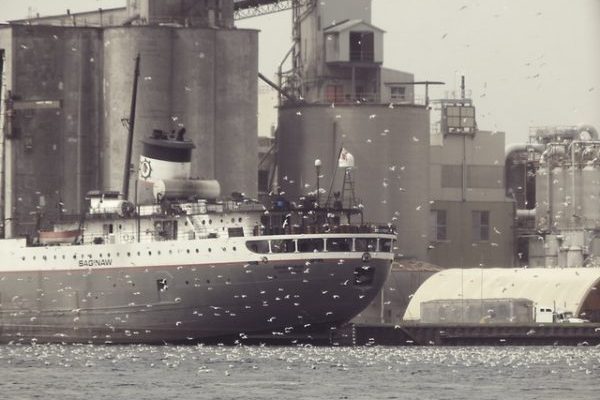 The problem with government deficit spending is never the nationalities of government’s creditors but the excessive spending itself. Such spending makes us Americans poorer – but not as poor as we would be if foreigners did not help us to shoulder the burden of this profligate spending. ~ Donald J. Boudreaux

As noted by Douglas A. Irwin*:

Blaming other countries for the United States’ economic woes is an age-old tradition in American politics; if truth is the first casualty of war, then support for free trade is often an early casualty of an election campaign.

American companies/workers/communities lose because we buy more goods and services from other countries than they buy from us. Further, other countries are gaming the system to win (e.g., currency manipulation, dumping, government subsidies, poor regulatory oversight, sweat shops, etc.)

Unlike many of the arguments cast into the hearts and minds of voters, this particular one is actually grounded in some verifiable facts. (remember those?) Namely that the U.S. does in fact, run a trade deficit with other countries and it’s comparably quite large.

Curious to know where things stand these days, we** investigated using seasonally adjusted data from the Bureau of Economic Analysis (BEA) and the World Trade Organization (WTO) respectively, to show how our balance of trade has changed over the last 10 years and how our trade deficit compares with other countries in the WTO.

Note that in the first plot I’ve used the title “Total” to represent the monthly deficit numbers calculated from the goods and services numbers published by the WTO. If you only want to see the deficit data, provided you’re viewing this online, you should be able to toggle data on and off.

Well, there you have it and, despite having lost a lot of work due to companies based in countries north and south of our borders, Asia, and even Europe, I am firmly of the belief that, in the words of Adam Smith:

Nothing, however, can be more absurd than this whole doctrine of the balance of trade, upon which, not only these restraints, but almost all the other regulations of commerce are founded. When two places trade with one another, this doctrine supposes that, if the balance be even, neither of them either loses or gains; but if it leans in any degree to one side, that one of them loses and the other gains in proportion to its declension from the exact equilibrium. Both suppositions are false. (source)

Indeed, why a country that buys more from another country (to the favor of its own consumers, I might add) than it sells is considered to have an “unfavorable” balance of trade is beyond my level of comprehension (especially in a country with a reserve currency).

I have a few succinct thoughts to counter this sentiment.

First, in light of the anti-trade rhetoric being cast about, one of the most important things to recognize is if imports are reduced, importers will have less money to buy things from us. Although entirely obvious, this fact seems to get lost in most discussions involving the trade deficit.

Now, it is true many take issue with the fact that money spent on imports is used to purchase American assets rather than goods, however, as noted by economist Donald Boudreaux:

Which brings us to the money many believe we “owe” other countries as a result of the trade deficit. After all, aren’t we making life worse for ourselves and our kids by saddling them up with debt owed to foreign creditors?

It turns out, only one-fifth of the annual trade deficit is used to finance the debt. Except for that small amount (compared to our GDP), the trade deficit is not a debt to repay. That is, as noted by Dan Ikenson in Forbes:

Selling equity or property or even entire U.S. companies to foreigners does not constitute debt and it is not akin to subsidizing our consumption by draining down our assets, as some suggest. It’s not a reverse mortgage.

Lastly, it should be emphasized trade deficits do not negatively impact the growth of our economy. Simply revisit the first graph above where the shaded vertical band denotes the period of the last recession. As should immediately be evident from the data, as the economy collapsed so too did the trade deficit. Furthermore, once our economy started to grow again, so too did our trade deficit.

As stated by Douglas A. Irwin in the same piece referenced above:

Critics also point to the trade deficit to suggest that the United States is losing more jobs as a result of imports than it gains due to exports. In fact, the trade deficit usually increases when the economy is growing and creating jobs and decreases when it is contracting and losing jobs. The U.S. current account deficit shrank from 5.8 percent of GDP in 2006 to 2.7 percent in 2009, but that didn’t stop the economy from hemorrhaging jobs.

To be fair, the plot and discussion above only covers the last 10 years, however, according to someone who knows a lot more about this than I do, Daniel Griswold over at the Cato Institute:

An examination of the past 30 years of U.S. economic performance offers no evidence that a rising level of imports or growing trade deficits have negatively affected the U.S. economy. In fact, since 1980, the U.S. economy has grown more than three times faster during periods when the trade deficit was expanding as a share of GDP compared to periods when it was contracting. Stock market appreciation, manufacturing output, and job grown were all significantly more robust during periods of expanding imports and trade deficits.

With this blog already running longer than I intended, a good place to stop.

All of this talk of fishing makes me want to hop in my 2003 Subaru and head up north. My Subaru by the way, was made in the U.S. right outside of the town where my wonderful wife comes from. I’m happy to say that not only did the investment made by the Japanese in this plant make America richer and more productive but it also helped to make many memories.

It would seem however that while love may have helped make the memories it definitely didn’t make my Subaru.

Before I hit the road, how about another song for our ever expanding Manufacturing Peace of Mind™ Spotify playlist? Going to leave you with a good summer tune in the song “So Lovely (Right by My Side)” by the fantastic Baltimore roots reggae band Jah Works. It’s off of their excellent new release Believe which was put out by Riddum House Productions.

** Special thanks to fellow Subaru owner James Spezeski for help with the reporting and data analysis.