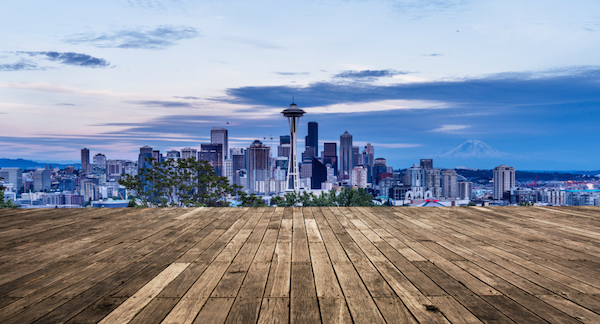 Some of you were surprised to learn our employees are paid over $12/hour. The question: With the minimum wage in Arizona set to $8.05/hour why don’t at least some of our employees make close to the minimum wage? The answer has both an economic and a moral component. I’ll tend to the first today but, because it’s a bit messier, will save the second part for a future blog.

With popular media having turned a math problem into a narrative of good versus evil, if you’re following the current debate over the minimum wage and CEO pay, one would be forgiven for believing that wage lines are drawn in a tug-of-war between workers and businesses.

As a company that specializes in the manufacture of complex CNC machined parts out of titanium, aluminum, and steel for the aerospace industry, Evaero must offer competitive wages to attract the caliber of employees we’re looking for. Typically, we hire people who have little to no experience in our industry but who have a demonstrated work ethic. This enables us to focus our limited training resources on technical matters rather than micro-management.

And where do we find these employees? At those very companies in the center of the minimum wage debate. Indeed, what has gotten lost in all of the emotional fervor surrounding this debate is that, as a result of people searching for better opportunities, there is continuous movement in the labor market.

Consider the chart below which is derived from FRED quits and layoffs data.

Although these data don’t tell us where in the labor market people are moving, it’s interesting to note that even in the recession quits exceeded layoffs. Further, the number of people quitting their jobs has greatly accelerated since the recession ended.

We don’t like losing valued employees to other businesses, but I’m always grateful to learn how Evaero has helped someone succeed in their new job. For example, following is an email I received from an employee who had previously worked a fast food job, worked for Evaero, and subsequently left for a position better aligned with his interests:

I wanted to personally thank you for the opportunities you provided for me during my time at Evaero. You had put a lot of trust in me during the 5S programs, more then (sic) most would have given to someone in their early 20’s. Being part of that program has helped me greatly on how I approach challenges in the workplace. I am grateful for that.

I recently read an article in the New York Times** that painted a rather dismal picture of Amazon’s work environment. After reading stories such as this:

Another employee who miscarried twins left for a business trip the day after she had surgery. ‘I’m sorry, the work is still going to need to get done,’ she said her boss told her. ‘From where you are in life, trying to start a family, I don’t know if this is the right place for you.’

Despite my overall positive perception of Amazon and its CEO, I couldn’t help but wonder why anyone would want to work there. However, as the graphic below makes abundantly clear, people do in fact want to work for Amazon (data are from 10-K reports here).

More relevant to the point of this blog however is that, because Amazon competes for labor, just like any other company, employees who don’t like working there have the option to leave.

From the same article:

The employees who stream from the Amazon exits are highly desirable because of their work ethic, local recruiters say. In recent years, companies like Facebook have opened large Seattle offices, and they benefit from the Amazon outflow.

Furthermore, if one considers Amazon’s rate of hiring in the context of their employee turnover (Payscale lists the median tenure at Amazon at only one year) it’s clear they are providing a significant amount of training and work experience that is sure to benefit the entire Seattle region.

Why not think of establishments like McDonald’s the same way? Their employees may not leave to work at companies like Facebook, but that outflow is certainly beneficial to other companies.

If one considers that of the 420,000 workers employed by McDonald’s in 2014 (source) 50 percent of them were younger than 28 years old and 50 percent will spend fewer than 2.8 years working there (source), it becomes apparent McDonald’s is providing a staggering amount of training certain to benefit companies just like ours.

Speaking of Seattle, I was recently introduced to Ian McFeron by a friend who hosted him and the awesome Alisa Milner (fiddle, cello, and harmony vocals) at a house party. They were fantastic and I definitely recommend a listen. To get you started, here is the song I’ll Come Knockin off the 2011 release Summer Nights. I hope you like it as much as I did (see here for my Spotify playlist).

* Special thanks to James Spezeski for helping with the reporting.

** Note: After its publication, the aforementioned New York Times article about Amazon became a topic of much debate – inside and outside of Amazon. As a business owner, I’m all too aware that the business side of the story often doesn’t get its fair due. As such, in case you’re interested, I wanted to leave you with some references to give you a more balanced view.