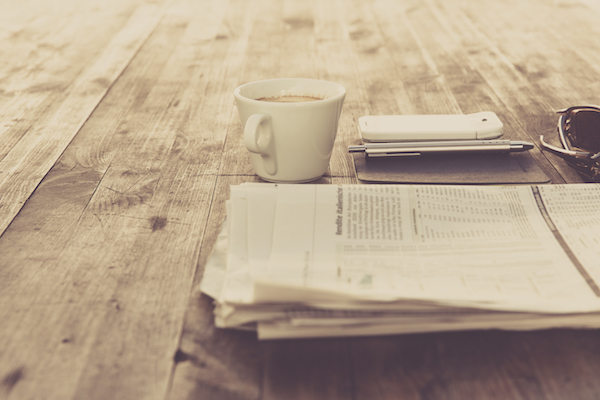 In order to enjoy the inestimable benefits that the liberty of the press ensures, it is necessary to submit to the inevitable evils that it creates.~ Alexis de Tocqueville

Coming off a divisive election cycle, the issue of “fake news” has become a prevalent topic in all forms of media. This is hardly a new phenomenon as some might argue. Fake news has always been a part of the American experience. Further, to those who believe that new forms of media like Facebook and Twitter have “weaponized” fake news and, as a result, have made divisiveness, invective, and injury more likely, I’d point to moments in our history when the consequences of fake news were far more horrific than they are today.

To make my case, let me share some of the struggles Booker T. Washington (1856-1915) faced while advocating for racial equality and The Tuskegee Institute, a school he founded in Alabama that lives on today as Tuskegee University.

Shortly after the Civil War ended in 1865, it was clear under the ordinary circumstances of the day that Washington’s cause was an unimaginably difficult (and dangerous) one. Nevertheless, slow and steady progress was made until the 1890s, when race relations took a rapid change for the worse. Although it’s not known for certain what caused the deterioration, in an interesting parallel to today:

The 1890s were a time of rapidly accelerating change resulting from urbanization, industrialization, and immigration – and of economic depression and dislocation. (source)

Booker T. Washington would continue to persevere despite what was thrown at him (or at the people he was asked to serve and represent). Relying on his strength of character, hard work, eloquence, and oratory skills, he created a compelling argument that it was in the nation’s interest to make sure everyone, regardless of the color of their skin, had access to an education.

There was however one challenge that was difficult to combat: fake news. “Weeklies,” the cable news of the day and “minstrel shows,” the social media of the day, did much to degrade, debase, and discredit black character thereby reinforcing anti-black stereotypes.

From Robert J. Norrell’s excellent book Up from History we learn that for southerners in rural areas and small towns:

The main sources of information and opinion were weeklies committed entirely to white-nationalist ideas. Editors typically depicted blacks as uncivilized animals and sexual fiends who hated whites and would attack them when least expected – a dangerous enemy in their midst.

From the same book:

In the 1890s Jim Crow and Zip Coon became more dangerous characters, wielding razors and stealing without conscience. The main musical feature of the minstrel show became the “coon song,” which featured a bright melody and relentlessly racist lyrics.

Because of the popularity of the shows (and songs) Zip Coon and Jim Crow characters rapidly and pervasively spread into other forms of popular entertainment and advertising. Indeed, by 1893 anti-black propaganda had become so widespread that the black emigrationist Bishop Turner of Atlanta would be quoted as saying:

I fully recognize the fact that a white man in this section of the country must respect the popular prejudices that exist against my race, or forfeit his influence among whites. No white man dares to speak in defense of the negro and command the respect of the whites. (source)

Of course, with few daring to speak up, a decade worth of escalating violence and bad information would eventually end in unimaginable atrocity when a young farm worker named Sam Hose was accused of murdering his employer Alfred Cranford:

A manhunt ensued, and day after day for two weeks the Georgia newspapers, led by the Atlanta Constitution, reported on little else but the pursuit of Sam Hose. One false and lurid story was outdone by the next day’s. Every report insisted that Hose had raped Cranford’s wife. Eventually, when it no longer mattered, Mrs. Cranford would contradict the allegation…When Hose was finally captured and returned to Palmetto, railroads put on excursion cars to take Atlantans to the village. A mob wrested Hose from authorities, chained him naked to a pine tree, and, while thousands of spectators cheered, a succession of white men step forward to cut off first his ears, then his fingers, and finally his genitals. They doused Hose’s bloody body with kerosene and burned him alive. They cut up his burnt corpse and distributed the parts as souvenirs. His knuckles were put up for sale in the window of an Atlanta grocery store (see * below for the source).

I recount this painful story not just to serve my argument but also to remind us that, in the words of the late great Elie Wiesel:

There may be times when we are powerless to prevent injustice, but there must never be a time when we fail to protest.

And to also remind us that when the time comes to protest, we’ll be protected by the same amendment to the Constitution that protects those creating the news, fake or otherwise:

Congress shall make no law respecting an establishment of religion, or prohibiting the free exercise thereof; or abridging the freedom of speech, or of the press; or the right of the people peaceably to assemble, and to petition the government for a redress of grievances.

With this blog running longer than I wanted it to (another New Year’s resolution down the tubes) I’ll save the discussion for how we citizens can best protect ourselves from fake news until next week. Until then, how about some music to add to our Manufacturing Peace of Mind™ playlist?

I really struggled finding a piece to fit in with today’s blog. As I wrote last week in the lead up to the Inauguration, I believe as long as we keep fighting for our values, we’ll assure that, in the words of Martin Luther King Jr., the arc of the moral universe will continue to bend towards justice. Indeed, after reading the passage about Sam Hose, anyone who argues that African Americans are today “in the worst shape they’ve ever been” are (at best) misinformed.

Nevertheless, as is laid bare by Jill Leovy in her book Ghettoside, with African-American males making up “just 6 percent of the country’s population but nearly 40 percent of those murdered” (NY Times) it’s hard not to think that our moral universe could benefit from a strong push.

In any case, it was within my struggle for coming up with a song that I found my way back to Fantastic Negrito, an artist I introduced you to a couple years ago in Beyond Profit Margins:The Rewards of Doing Business. Here he is with his song “In the Pines (Oakland)” in a moving video by Rashidi Natara Harper.

If after reading this blog, listening to the music or watching the video, you feel compelled to help give the universe a gentle nudge (like I did) consider donating some money to 1000 mothers, a grassroots nonprofit organization devoted to serving families directly impacted by violence. (After publishing this, we had some difficulty donating online, but we have spoken to the executive director who is working to resolve this ASAP.)

* The quoted passage also came from Robert J. Norrell’s book Up from History. In reference to this passage he cites Philip Dray’s book At the Hands of Persons Unknown: The Lynching of Black America. I haven’t had a chance to read it yet, but I wanted to make sure and cite it here. The reviews on Amazon are overwhelmingly positive and, despite the fact it’s going to be a painful read, I’m looking forward to reading it myself.