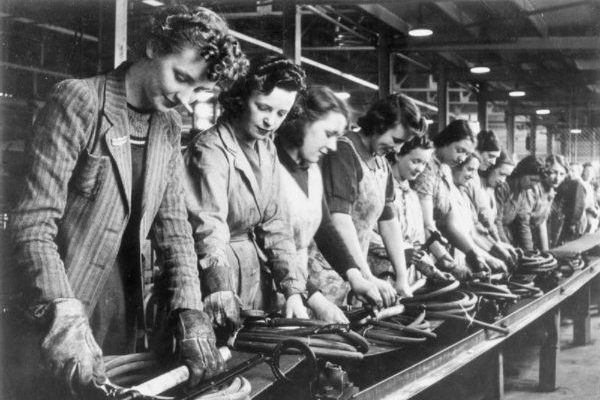 As I noted last week, I’m optimistic we’ll eventually achieve greater parity between men and women in tech despite the disheartening news of late. Not only can we look to other professions such as law and medicine for inspiration but, because of women like Ellen Pao and Susan Fowler (and I’m sure countless others), the issue has become a matter of persistent and public discourse which I believe will eventually lead to meaningful change.

Can we say the same for manufacturing?

Unfortunately, election soundbites and photo ops don’t give our industry much in the way of persistent “front page” attention. For this reason, I’m not as optimistic. That’s a real shame because if you were to ask me where I think we could generate a greater return on our diversity efforts, it’s in industries like manufacturing that tend to provide relatively more opportunity to skilled workers than to college graduates.

While I fully understand the long term value of an engineering degree, a single mom trying to put food on the table is likely better served with a high skills job than trying to figure out how to get a four-year degree while supporting herself and her family on a low skills, low wage job. Not only can skilled manufacturing jobs be attained with the support of a community college and company sponsored training but, as indicated in the Manpower Group’s 2016-2017 talent shortage report, they are in high demand.

In case you are skeptical we have a single mom problem that is worthy of special attention, here are some staggering facts (even though I understand facts are out of fashion these days). In the plot below (source) you’ll see that in 2016, 27.4 percent (!) of all children under the age of 18 were living in single parent households with 85 percent of those single parents women.

For those of you receiving this post via email, consider looking at it online so the graphs display with interactive data.

The problem though, is that while there are plenty of high paying jobs in manufacturing, it has been my experience those jobs are predominantly filled by men. Time allowing, I’ll dig into the data and attempt to back up my impressions with some (unfashionable) facts. However, having been in countless manufacturing companies over the last two decades, I can tell you gender inequality is not only pervasive but likely beyond the pale of what one finds in tech.

Visit a special processing company and you’ll find that (lower paid) masking operations are predominantly done by women while the (higher paid) jobs on the processing lines are done by men.

Visit a machine shop and you’ll find that (lower paid) assembly and deburring operations are predominantly done by women while the (higher paid) jobs on the CNC machines are done by men.

Visit a foundry and you’ll find that (lower paid) wax work is predominantly done by women while the (higher paid) jobs on the lines are done by men.

The irony of course is that in many cases the work being done by women is not only harder but largely depends on their skill (rather than systems/automation) to make a quality product. Deburring work, for example, is not only incredibly grueling and tedious but, because it often requires various hand tools to finish parts after machining, ultimately relies on the skill of the employee to not make a mistake. In contrast, a job like “machine operator” just requires an employee to load and unload a part correctly and check it when the machine is done doing all the work.

At least at Google, one can presumably feel better about the situation by bringing a dog to work, getting a gourmet meal in the company cafeteria or unwinding from a long day at the office with a massage (Inc.).

If you believe as I do that society will be better served if women have the same opportunities as men, what’s the answer? With this blog already running long, I’ll save the answer for a future blog. Until then, how about some music?

Seems like an appropriate time to share some music with you that was featured in a September 5th article in the New York Times about some of the fantastic rock music being made by women today. Although most of the names were new to me, having recognized Katie Crutchfield I thought I’d leave you with a song from Waxahatchee’s new release Out in the Storm. Great stuff.