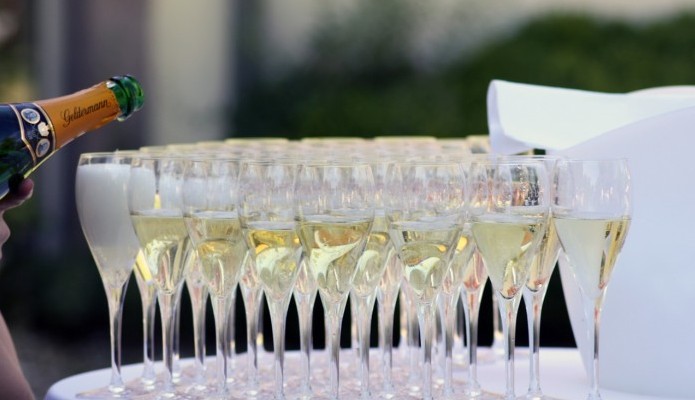 During the holiday season, we receive reminder letters from our Fortune 500 customers about gift giving. The letters usually go as follows: our employees cannot accept gifts so please don’t give them any – we’re an ethical company and you should be too.

At Evaero, we don’t send out such letters but I have given a lot of thought to crafting our gift giving policy and thought I’d share it with you.

Considering the following passages from the Bible, Talmud, and Hadith respectively:

Then they opened their treasure chest and gave him gifts of gold, frankincense, and myrrh (Matthew 2:11).

Charity is equivalent to all the other religious precepts combined (Baba Bathra Folio 9a).

Give gifts and you will love one another (al-Adab al-Mufrad Book 30).

It is clear that giving is not only important to people of different faiths but also for varying reasons. Indeed, I can still remember my uncle disparaging my manners for not bringing a gift along to my aunt’s house when I was 8 years old:

With gift giving so important to so many at Evaero we felt compelled to try and create a policy that would allow an employee to accept a gift without the standard pitfalls such a gift may present.

The beauty of this policy is that if by chance a gift is given for the wrong reasons, say to influence purchasing decisions, it won’t matter since the gift is unlikely to remain in the hands of the person receiving it. Having just put three bottles of what appear to be beautifully made wines from Small House Winery in the collective pool, I can assure you that regardless of the gift, I follow the same rules.

As I write this I wonder if such a policy would have had the same desired effect as the recently passed “Sunshine Act” without the downside such legislation poses? Let me explain. It has long been known that, in addition to hiring cheerleaders to sell their products, drug and device companies have been lining the pockets of doctors and surgeons  – sometimes into the hundreds of thousands or millions of dollars – in order to influence medical decisions. For example, it has been estimated pharmaceutical companies alone spend $20.4 billion on these activities each year and then track doctors’ prescribing habits to gauge the return on their investment.

(Curious to know how much your doctor has received?  See the following official site: https://openpaymentsdata.cms.gov/ or http://projects.propublica.org/docdollars/ .)

With the best of intentions, the Federal Government’s solution to this problem is what is formally called the “Transparency Reports and Reporting of Physician Ownership of Investment Interests” section of the Affordable Care Act. Now commonly referred to as the “Sunshine Act,” the 35 pages of regulations and 251 pages of commentary and explanations that embody the Act require the more than 1,100 drug, device and medical supply companies to file reports and generate “large amounts of new data” that are (apparently) inspected and audited by Federal officials for accuracy and completion.

According to the US Department of Health and Human Services Center for Medicare and Medicaid Services (CMS) the sum spent on compliance will be $269 million for the first year and $180 million annually for subsequent years.

And what have we learned so far?

According to Policy and Medicine, of the millions of entries submitted to the Federal database, 65% represent transactions worth less than $20 and 90% less than $100.  We’ve also learned that drug and device companies are drastically scaling back their payments to doctors. Although it’s too early to tell if the disclosure rules have caused the drop in payments, as noted above, I wonder if a gift giving policy similar to ours, or some other form of self regulation, would have had the same impact? Given the high cost of compliance and the low value of the goods being tracked (e.g., donuts and coffee) and the possible drag it may have on the valuable exchange of information between medical companies and doctors, I personally hope for a different solution.

Now, back to the holiday season. I’m a big fan of champagne and with much celebrating around the corner I thought I’d offer up some recommendations. Although not cheap, I think these bottles represent good values when compared to very expensive marquis brands and will make for a wonderful addition to any special occasions you may have on the horizon.

For my friends out west I’d like to introduce you to the following offering from K&L Wine Merchants: Launois “Cuvée Reserve” Brut Blanc de Blancs.  I’ve been buying wine from K&L for close to 15 years and some of their direct imports are really good buys and this one is no different. With their vineyards established in some of the best sites in the Côtes de Blanc and maintained using the massal selection system, Launois is able to count on grapes that can produce classic, rich, satisfying champagnes.

For my friends out east I’d like to introduce you to my favorite wine store in New York: Frankly Wines. The store, which was opened in Tribeca by Christy Frank in 2007, serves up “fine wine without an attitude.”  Awesome – my kind of place.

Imported by BonHomie Wine Imports in South Orange, NJ (about 15 minutes from my home town) the champagne produced by Marie Noelle Ledru in Ambonnay is a real treat.  Marie farms without chemicals or pesticides and hand riddles and disgorges the bottles herself (I’ve been told she has 25,000 bottles stored below her house!).

All the best to you and your family over the holidays.  Thanks for reading.

PS. With Christmas and New Year both falling on a Thursday this year you won’t be hearing from me again until January 8th. My next set of posts will be about precision CNC machining and errors and, having already started gathering some data in preparation, I’m quite excited about where this discussion will take us.