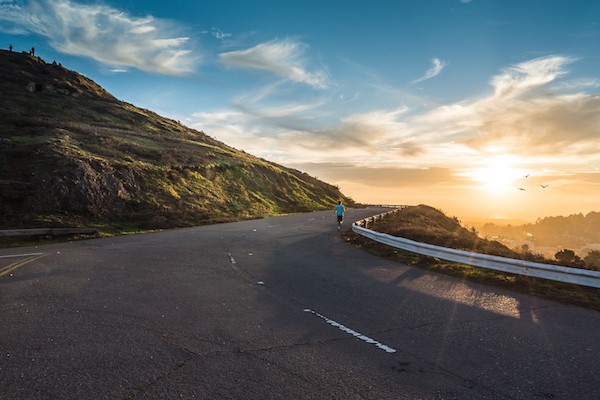 When they come downstairs from their Ivory Towers, idealists are very apt to walk straight into the gutter. – Logan Pearsall Smith

Since January I’ve been describing a system I’m hopeful will benefit those of you wanting to effect personal change. By setting aside time to plan, do, review, and renew, you’ll be more intentional about your days and, in turn, more likely to reach your goals. However, as noted by Iago in Shakespeare’s Othello:

Tis in ourselves that we are thus or thus. Our bodies are our gardens, to the which our wills are gardeners…

That is, regardless of the system we use to frame the best of our intentions, the strength of our will has a measurable impact on the shape of our days and, alas, also on our asses.

So, is there anything we can do to improve our willpower and thereby increase our chances of success?

Let’s see what the experts advise.

Would stress management help? According to Stanford psychologist Kelly McGonigal and author of the popular book The Willpower Instinct,

As a logical extension she believes “learning how to better manage your stress – or even just remembering to take a few deep breaths when you’re feeling overwhelmed or tempted — is one of the most important things you can do to improve your willpower” (source).

Ummm…I don’t know about you, but taking a few breaths while I’m pulling a pint of Ben and Jerry’s out of the freezer is going to give me exactly the right amount of time to grab a bigger spoon.

What about the notion that people who use willpower seem to run out of it? Afterall, it’s “one of the most replicated findings in the field of willpower research” (source).

Having as its origins the highly cited work of psychologists Baumeister et. al., the idea that we have a limited supply of willpower, termed “ego depletion” by the authors, has spawned an industry of research, articles, and books including Baumeister and Tierney’s own best-seller Willpower: Rediscovering the Greatest Human Strength.

Unfortunately, a paper that is due to publish next month in Perspectives on Psychological Science will, at a minimum, cast a foreboding shadow of doubt on this entire body of work.  From a well written and worthwhile read in Salon by Daniel Engber we learn about the soon to publish article:

Comprising more than 2,000 subjects tested at two dozen different labs on several continents, the study found exactly nothing. A zero-effect for ego depletion: No sign that human will works as it’s been described, or that these hundreds of studies amount to very much at all.

I don’t want to leave you wanting while the experts claw their way out of their crumbling edifices so please allow me to offer a few observations drawn from the experiences of a deeply flawed human being who has simply tried to learn from his (many) mistakes.

Observation 1: There is power in doing.

A friend of mine (Brian) once shared some advice about cycling that went something along the lines of, if you planned on going for a ride but don’t feel like it when the moment arrives, head out for at least five minutes before deciding to turn around; and, if you do decide to turn around, know that it was the right thing to do and don’t feel guilty about it.

Last week I mentioned my 15 minute Engineered by Design™ workout which involves five minutes of active stretching, five minutes of core and lower back, and five minutes of cardio & strength. By dividing my routine up into five-minute blocks, I  can always find time/energy to do at least the first five-minute active stretch set, even on my most time-compressed mornings. Most of the time, momentum takes over and I usually manage to finish the full 15-minute program. Furthermore, on the days when I have more time, like on weekends, that momentum usually gets me all the way to the gym.

Even if I only do the first five minutes of the workout there is power in this as well because the more you do it the easier it gets the next time. As noted by  B.K.S. Iyengar:

Willpower is concrete, not ethereal. When you do something, you demonstrate your willpower, and it becomes all the easier to have the same power of will the next time.

Observation 2: There is power in camaraderie.

Given that we have a modest gym at Evaero and one of our employees is a certified CrossFit instructor, you might think it’s hard to come up with an excuse for not exercising. Unfortunately, even with these advantages, trust me when I say there is no lack of  excuses.

There is however, one thing that has helped get me to the gym in the afternoon: agreeing to work with others who have a common goal.

In addition to helping with willpower, by introducing the social component, there are lots of ways to make things more fun than they would be by yourself and in turn, build memories. So many stories to share but…since they usually end with my own personal degradation, until we get to know each other a little better, I’m going to keep them to myself.

Observation 3: There is power in incremental improvement.

I totally get how personal frustrations can encourage us to buy into radical solutions that promise “quick results.” More often than not though, especially as we get older, I have found the path to quick results can lead to a whole lot of hurt.

Instead of radical change, there is great utility in incremental improvement. Indeed, by starting small you’ll be more likely to build a strong foundation that won’t crumble when life gets messy.

Trying to save money or lose weight? How about taking your own healthy lunch to work? You save money and have a more nutritious meal.

Want to exercise? How about a daily walk or park a bit further away than you normally would to get in a few extra steps?

Although each of these ideas is incredibly simple and can be done without much thought, over the course of a year, they set a trajectory that leads to big change empowering you  to do more in the long run.

A good place to stop. Before checking out though, I wanted to leave you with the Ben Harper song “Steal My Kisses” off of the live album (Live from Mars) he put out with the Innocent Criminals. Great stuff.