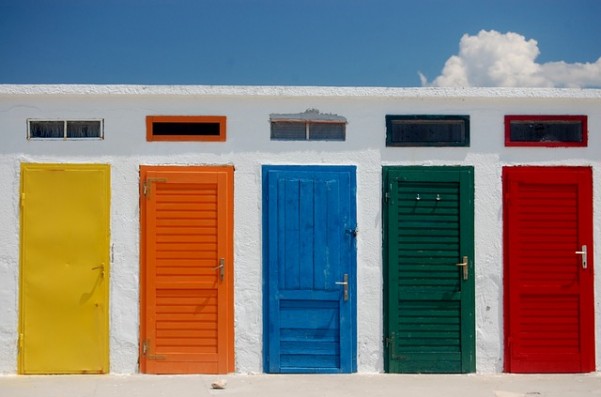 Last week I promised you an article about willpower, however, in light of the fact that some of you are already struggling with your New Year’s resolutions, I’ve decided to change course and, over this and the next two blogs, deliver you something that will hopefully be of more immediate use.

Many resolutions are made in an emotional state of optimism. Think back to that moment when you made your New Year’s resolutions and ask yourself how you felt. Most of you were probably optimistic, right? Optimism is certainly a good place to start, but it is not likely to get you to the finish line. Indeed, as I’ve written previously, hope and optimism don’t pay the bills (unless of course, you’re in the business of selling hope and optimism).

The positivity police will of course disagree for, as noted by Oliver Burkeman in “The Antidote: Happiness for People Who Can’t Stand Positive Thinking,”

To criticise the power of positivity is to demonstrate that you haven’t really grasped it at all. If you had, you would stop grumbling about such things, and indeed about anything else.

I’d argue if you want to increase the odds of effecting positive change in your life, you need to become cognizant of how insights gained from failure can improve the odds of success.

Let’s explore the mathematics gridiron known as the “Monty Hall Problem” to illustrate my point.

Monty Hall hosted a TV game show in the 60s called “Let’s Make a Deal.” At the end of the show, participants were given the opportunity to choose a prize hidden behind one of three doors. Behind each door? Something fabulous, a goat, and a goat.

The game had a twist that would eventually launch it to the top of the annals of mathematical legend: After the contestant selected a door, but before opening that door, Monty Hall would reveal a goat behind one of the other doors and ask the contestant if he/she wanted to change their decision.

To make sure you’ve got the setup and understand the subtle nuance of the problem, let’s walk through an example.

There are three doors – One, Two, and Three – two of which hide a goat and one of which hides a fantastic prize. After selecting Door One, Monty Hall opens Door Two to reveal a goat and gives you the opportunity to change your mind: Do you want to change from your original choice (Door One) to Door Three?

Intuitively, you’re likely to believe it shouldn’t matter. That is, whether you stay with your original choice (Door One) or move to Door Three, the probability of winning the prize is exactly the same: One in three. However, it turns out that by switching doors (in this case to Door Three) the odds of a favorable outcome increase from one in three (33 percent) to two in three (67 percent).

How do you get your head around this? By reframing your point of view and recognizing how new information can increase your odds of success. Let’s do just that with the Monty Hall Problem but, to make it clearer, assume now there are 100 doors rather than three (H/T Charles Wheelan).

Pick a door any door, but this time, instead of focusing on your one in 100 chance of winning, reframe your perspective to recognize you in fact have a 99 percent chance of picking a door with an undesirable outcome (assuming, of course, you don’t want a goat).

Monty Hall proceeds to open 98 doors (revealing 98 goats along the way) and leaves just two doors closed: your original pick and some other door.

Would you switch doors now?

Of course you would. In recognizing your original choice has a 99 percent chance of being wrong, and in light of the new information revealed by Monty Hall when he opened up the 98 doors with goats, the prize must* be behind the door you did not pick.

Another way you can think about this (H/T Charles Wheelan) is if Monty Hall gave you a choice of opening one door or 99 doors, which would you choose? You’d choose opening 99 doors since your chances of success in this case will be significantly greater.

Let’s return now to our New Year’s reveler who, empowered by champagne-infused optimism, has made a resolution. Can we take what we’ve learned from the Monty Hall Problem and offer advice that will improve the odds of success?

Absolutely, and here is the advice:

How do you improve your odds of success? By recognizing the usefulness of new information, gaining insights from failures, and not being dogmatic about your initial plan.

In next week’s blog, before discussing how this looks in practice, I’ll talk about two of the elements you’ll need to take with you on your journey: a good notebook (if you want to get a head start see here for my recommendation) and a partner.

Before leaving though, I wanted to leave you with some lines from my favorite David Bowie song “Five Years:”

I never thought I’d need so many people

Until next week, here is Bowie in 1972 singing the song for the BBC 2 program “Old Grey Whistle Test.”

*Statistics of course cannot unequivocally guarantee that the prize “must” be behind the door you did not pick but in this case the odds heavily favor this outcome.