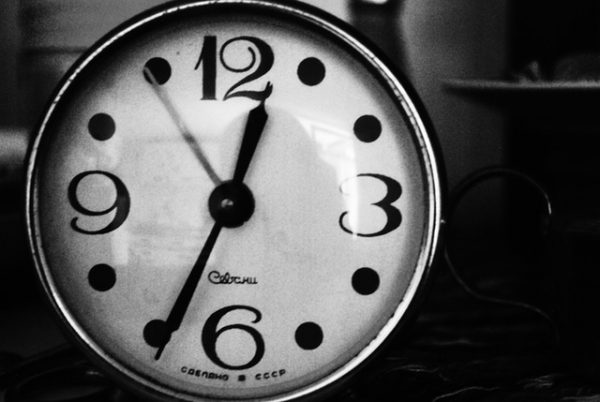 A good name is rather to be chosen than great riches, and loving favor rather than silver and gold. ~ Proverbs 22:1

Earlier this month, I suggested one (of three) ways to affordably support a corporate wellness program is to offer more flexible work schedules. There are many factors to consider before heading down such a path and one of the critical foundations to pulling it off successfully is to have a deeply rooted mission-driven culture.

Let’s take Evaero’s mission as an example. Being in a small, low margin business in a highly competitive industry, we have to take a prosaic approach to our mission statement. Rather than acting as leavening for sentiment or good intentions, our mission statement simply serves as a succinct articulation of why our customers pay us:

To manage all aspects of delivering complex machined aerospace parts to our customers on time every time.

Consequently and quite logically, this is a pragmatic reminder to every Evaero employee of why they should care about our mission: If Evaero doesn’t get paid, neither do they.

This is important because if you and/or your employees treat your mission as window dressing rather than a deep rooted commitment that demonstrates personal impact while informing values, decisions, and behaviors in your organization, I frankly don’t see how flexible working arrangements can be made to work.

It’s that very lack of focus on mission at Yahoo that prompted then-incoming CEO Marissa Mayer to make the controversial decision to ban remote working. The culture needed to change to combat the abuse of the policy according to Business Insider.

This begs a fundamental question. As the workplace evolves and more employers of all sizes allow their employees the flexibility to work from home (source 2014 National Study of Employers) what is the prerequisite to building a culture that supports that kind of program?

Although certainly a matter for debate, because of how it reflects on character, I believe a necessary condition to a mission driven culture is reputable leadership. Indeed, as noted by Abraham Lincoln:

Character is like a tree and reputation like a shadow. The shadow is what we think of it; the tree is the real thing.

Which is why I found the following chart made from data reported in the 2016 Deloitte Millennial Survey to be interesting (h/t Statista):

While it’s clear from these data that millennials consider remote working and flexible hours to be incredibly important, they consider the reputation of their leaders, the very thing I’m saying is a necessary condition to allowing an organization to become more flexible, to be utterly unimportant.

I’m not sure what to make of this. I can say the passing of time has only firmed up my view that the reputation and character of our leaders matters and that, in the words of George Washington, we would do well to:

Associate with men of good quality if you esteem your own reputation; for it is better to be alone than in bad company.

Having been through five CEOs in as many years before hiring Mayer, and with Mayer seemingly becoming a case study in what not to do as a leader,* I wonder if the millennials at Yahoo would agree?

Before checking out for the week, some music to add to our Spotify playlist. Featuring the song “Hey Lucinda,” (which you can listen to in the video below) the legendary UK band the Tindersticks have recently released a soulful album called The Waiting Room.

I’m also going to add the Nick Drake-like song “Here” to our playlist which, in case you’re interested, can be found on a 2007 two CD set that contains songs selected from their 1993-1997 BBC recordings.

*The price of Mayer’s failure? As reported in The Guardian it looks like she’ll be leaving with a cool $137 million.

Special thanks to James Spezeski for the help with the reporting and data analysis.