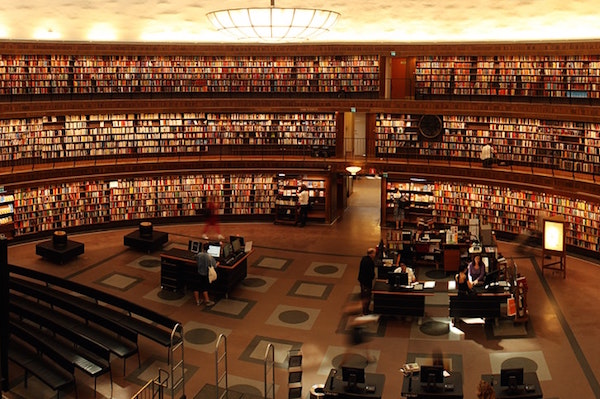 It’s fine to celebrate success but it is more important to heed the lessons of failure. ~ Bill Gates

Today, we’ll take a final “dig” into the story of Clippy, one of the worst inventions of all time (Time), to learn a third lesson. As we discussed in the previous two posts, Microsoft’s universally hated digital office assistant Clippy has become “famous for being one of the worst user interfaces ever deployed to the mass public.” (The Atlantic)

Clippy suffered the dreaded “optimization for first time use” problem. (The Atlantic)

In other words, the first time you found yourself stumbling through a task, you might be grateful for Clippy’s help. Perform the same task a few more times and it didn’t take long for Clippy’s reappearance to make you want to poke his eyes out.

For all of us trying to remain relevant in a rapidly changing global economy, there are some lessons here. Namely, regardless of your station in life, it’s extremely important to take steps to avoid becoming optimized for first use.

Young professionals are usually filled to the brim with new ideas and techniques. As a result, once on the job, they are eager to apply what they’ve learned to projects in hopes they can make improvements, solve problems, and get ahead.

Richard Feynman tells a great story in his book Surely You’re Joking Mr. Feynman! Adventures of a Curious Character. Feynman had learned how to differentiate parameters under the integral sign via a book in high school, something he said wasn’t taught much in universities. With this knowledge, he was able to help people much his senior working on the Manhattan Project who were stuck on problems:

When one of the guys was explaining a problem, I said, “Why don’t you do it by differentiating under the integral sign?” In half an hour he had it solved, and they’d been working on it for three months.

Unless you’re Richard Feynman, as life takes over, it’s incredibly easy to become lulled into stagnation. Rather than pay the startup costs to learn new things or improve on what we know, we come to rely on the same techniques/mindset/tools that allowed us to become successful when we first started working.

Up to a point that works fine, until of course, it doesn’t. Further, as technology evolves at an ever faster rate, save for a few jobs/industries, the gap between one’s relevance and irrelevance is also decreasing at an ever faster rate. Where, 30 years ago you could coast on what you learned when you were young through much of your career, today you’re lucky if it will take you out a few years.

Here’s the thing though: We all know this, right? That is, each of us knows if we don’t continue improving our chops, it will only be a matter of time before a kid fresh out of college, or some robot or piece of software takes our job.

Why is it then, that while many of us will go to great lengths to make time for other important matters such as say, exercise, eating right, or walking the dog, we won’t make time for learning? My own sense is that unlike the aforementioned activities, there is no motivation to put in the extra effort. Until it’s too late, that is.

If you stop working out or eating right, your tightening pants will slowly remind you that maybe those chili poppers you’re about to reach for isn’t such a good idea.

Skip the dog walk and the shredded couch you’re sitting on will serve as an ever-present reminder of why you need to take Fido on a spin around the block.

Stop learning and the only reminder you’ll get is a pink slip.

So, the question is, how do those of us who are exhausted from exercising, eating right and walking the dog prod ourselves to make time for learning? Assuming you are already the kind of person who likes to learn, my recommendation is to view learning as a moral duty to yourself and your family.

Along those lines here are some words from Charlie Munger’s May 13, 2007 USC commencement address:

Wisdom acquisition is a moral duty. It’s not something you do just to advance in life. As a corollary to that proposition which is very important, it means that you are hooked for lifetime learning. And without lifetime learning, you people are not going to do very well. You are not going to get very far in life based on what you already know. You’re going to advance in life by what you learn after you leave here.

I constantly see people rise in life who are not the smartest, sometimes not even the most diligent, but they are learning machines. They go to bed every night a little wiser than they were when they got up and boy does that help, particularly when you have a long run ahead of you. (source)

As someone who has had his share of struggles finding a way to squeeze learning in, next week I’ll offer some suggestions that won’t involve giving away your dog and will hopefully help you from becoming optimized for first use.

Now, to those of you who actually liked Clippy and are offended by the fact I’ve been bashing him over the last three weeks, take heart knowing things will eventually come around. Not only can you get Chrome extensions such as “Clippy 2: Revenge of the Clip” and “Clippy the Useless Paperclip Assistant” but I just learned from the The Morning Consult that George Lucas’ answer to Clippy, Jar Jar Binks, has been surpassed by Kylo Ren and Supreme Leader Snoke in unpopularity. Clippy, be patient, your time is coming!

On that note, a great place to check out for the week and add a song to our Spotify playlist. A perfect time to introduce you to Dr. Dog via their song “Survive” off of their excellent 2017 album Abandoned Mansion. The song reminds me of Paul Simon’s Graceland and the lyrics are fantastic:

Sometimes love is all it’s supposed to be
But it can break you
Remember, take care of your heart
And cry
Oh and somehow we’ll survive
For another day
Oh, just for another day

Here’s to surviving another day friends.