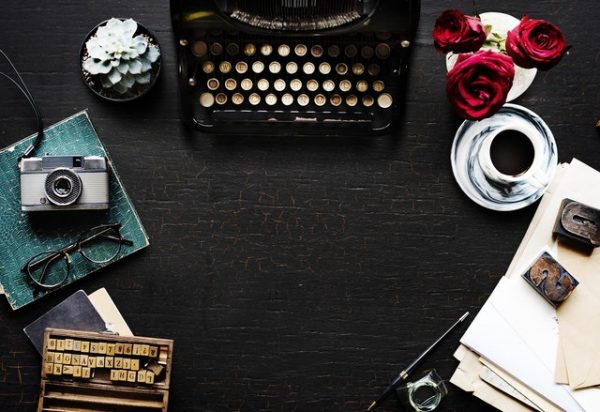 Regarding the new Star Wars movie, The Last Jedi, John Podhoretz noted in his excellent piece, The Bore is Strong with this One that:

Having praised “The Phantom Menace” is like having spoken favorably of Sarah Palin in 2008. It’s the sort of thing that induces a defensive explanation: “Well, you have to understand, she seemed so fresh, so new….”

Truth be told, I’ve started to feel the same way about email, however, unlike “The Phantom Menace” it’s not entirely obvious who or what is to blame.

When email first became a form of mainstream communication in the 90s, and I realize I’m dating myself here, I recall an article in the New York Times describing someone being “trained” by Bill Gates on how to use email. The article tracked how with each successive email exchange the new users’ communications gradually became shorter and less formal. It was interesting to watch his emails transform from what approximated formal letters to what today might be considered a lengthy text message.

At the time, there were more reasons to favor email over faxes and letters than just the casual nature of correspondence: Speed of transmission, low cost, and permanence also contributed to its rapid rise. Of course, as we would quickly all learn, each of these advantages came with a dark side. The immediacy of a transmission meant we couldn’t take it back after hitting the send button; the low cost meant our inboxes were soon filled with junk mail; and the permanence (coupled with the ability to easily search through digital records) meant the past was always just a click away.

I’d argue, however, that these aren’t the reasons email has fallen out of favor. After all, most of us now wait a bit before firing off an email in anger; spam filters have gotten infinitely better; and most of us are careful about what we make a matter of permanent record.

Consider instead, the volume of email and time spent answering it.

As noted by Caitlin Dewey of the Washington Post:

Email is like the dirty laundry of the Internet. I do not mean that metaphorically. It’s this burdensome time-suck that everyone hates but that remains essential to functioning.

But is this really why email is falling out of favor?

Email has simply replaced the time we used to waste on things like: carbon copies, filing, stamping, routing, phone calls, making slides and graphics, adjusting the rulers on our drafting tables, three martini lunches, and cigarette breaks. Indeed, citing tasks exactly like this, I’m sure somewhere out there is a 50-year old GE study noting how much time workers wasted on non-value added activities and declaring the need to find a solution like…email?

I also contend if we turn email off, it won’t necessarily make for a more productive day.

Let’s take the time between Christmas and New Years, the one week of the year I don’t get a lot of emails and phone calls. As such, I had the brilliant idea of taking advantage of the downtime to get things sorted out for 2018. And what did I do with all my new found extra time not emailing? In a nod to John Maynard Keynes, who in the 30s predicted that advancing technology would reduce the work week to 15 hours, I didn’t spend as much time in the office. Instead, I connected with friends over lunch, exercised, and went home early. In fact, because I don’t have a lot of friends to connect with (and don’t use social media), by the end of the week, I was emailing myself just to make sure robots hadn’t taken my job.

Considering I’m the kind of guy who cannot help but read People magazine while waiting in the dentist’s office instead of the report I brought along from work, I understand there are probably plenty of folks who, unlike me, would have “banged it out” during the break. However, I’m usually not the only one in the dentist’s office reading People. To that end, I contend if we take away the time spent managing email, lest we fall into a state of depression wondering what we’re going to do with ourselves, I’m sure we’ll find some other way of filling up our days with mindless tasks.

So why is email becoming less popular?

Could it be because emails have come to resemble what they were intending to replace, namely, letters?

By way of example, here is a screenshot taken from the bottom of a typical email I receive:

Yes, you’ve read this correctly. In accidentally emailing technical information about a weapons system to, say, Dr. Evil, the expectation is he should not only delete it but email you back and say hello.

Remember when, at most, the bottom of an email contained the sender’s name and phone number? Largely as a result of well-intended folks working for the evil empire, emails today are filled to the brim with a cornucopia of crap: fine print, advertisements, links, job titles that span multiple lines, quotes, and taglines.

An email I recently received from Company XYZ (real name not disclosed since the fine print probably says I cannot) included a banner that spanned the entire width of the email with the question: “Did you know….THIS IS COMPANY XYZ?” next to logos from the fourteen other companies it owns.

Is it any wonder we’ve turned to other forms of communication to send messages to each other?

Although I question whether these new forms of communication are in fact, better than email, I suspect it will only be a matter of time before messaging systems like WhatsApp, Line, Facebook, WeChat, Skype, Twitter, Google Chat, etc. are also taken over by the dark side.

To those who would point to Microsoft’s purchase of Skype and Twitter’s new character limit as signs that the the takeover has already begun, don’t lose faith: the jedi has returned. Word on the street is that, well-fortified on meat (from animals he killed himself) and sensing we’re in danger, Mark Zuckerberg is back from the beyond to fix Facebook in 2018.

On that note, I do believe it’s time to check out for the week. Before leaving, how about some music for our Spotify Playlist? Today I’m going to leave you with Everclear and their song “Wonderful:”

Here’s to hoping Mark makes everything wonderful again but, until then, I think I’m going to go back to writing letters.