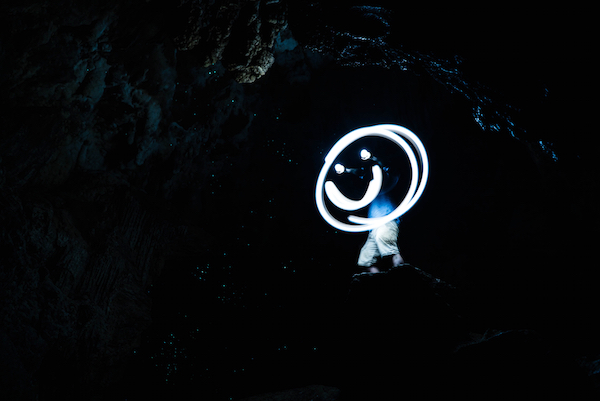 If it falls your lot to be a street sweeper, go out and sweep the streets like Michelangelo painted pictures. Sweep streets like Handel and Beethoven composed music. Sweep streets like Shakespeare wrote poetry. Sweep streets so well that all the hosts of heaven and earth will have to pause and say, here lived a great sweeper who swept his job well. ~ Martin Luther King, Jr.

While there is certainly a risk to living a life of singular focus, I have met plenty of happy people who love working and are in fact unhappy if they are not working. Admittedly, some of them have what appear to be miserable existences outside of work but an equal number seem to be quite happy all around.

In the never-ending quest for happiness, is there a common theme amongst the happy ones that might unlock the secret?

Turns out that many of the folks I know who are happy working, spend very little time reflecting on their lot in life. Instead, faced with limited opportunities, they take one and make the best of it.

Consider the story of my father and his two brothers.

Having lost their father and grandfather during WWII, all three young boys had to help their now single mom put food on the table. The oldest brother took over his grandfather’s job of delivering milk; the second oldest took over his father’s job as a carpenter; and, my father would eventually find employment in a factory (that’s him in this photo on our web page).

By the time I reached adulthood my oldest uncle had grown the milk run into a trucking company; the second oldest had evolved the carpenter job into a successful manufacturer of proprietary fasteners for the construction industry; my father would eventually turn a tool and die apprenticeship into his own machine shop; and, all three would find happiness in their careers as well as in their lives.

All three had things other than just “work” that contributed to their overall happiness. They had life partners they could count on, were in good health through most of their lives, and grew up during a time when there was ample opportunity for workers without college degrees.

They also had personalities that remind me of the following quote by Sir Thomas Browne:

I am the happiest man alive. I have that in me that can convert poverty to riches, adversity to prosperity, and I am more invulnerable than Achilles; Fortune hath not one place to hit me.

I think there are important lessons here for those who today seem to manufacture unhappiness as they move from job to job in search of their “true calling” or their “passion.” If this sounds like someone you know, you might consider passing along the following:

When the itch to move on comes along, stick it out, do your best, learn as much as you can, and be open to the opportunities that present themselves. You may be surprised where that job will ultimately take you and at the happiness that may ensue.

I understand every situation is unique but all too often, I see people give up too soon and leave opportunity behind them just when things were about to get interesting.

Expecting a visit from a customer from the Netherlands today, before checking out, it seems appropriate to pass along some music from a Dutch band. Here then is the eclectic band Chef’Special with their song “In your Arms.” I learned about them when, along with Mutemath, they joined Twenty One Pilots for the Emotional Roadshow tour.