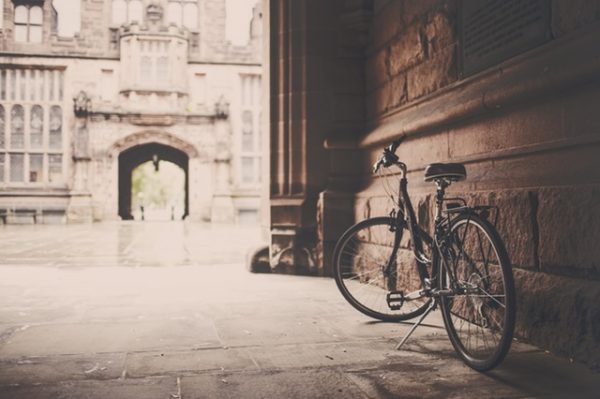 Often when you enter a small enterprise  – perhaps in the entry or the waiting room – you might find artifacts or reminders from days gone by. It could be awards, photos, trophies or other relics on display. They serve to tell a story.

In manufacturing companies like ours, we have pictures hanging on the walls and a display case showing off manufactured components. They are there to document the capabilities of the organization. But, ask anyone who was actually involved in their creation for a history, and you’ll surely be served up a rich set of stories.

Evaero’s mission is to “manage all aspects of delivering complex machined aerospace parts to our customers on time every time.”

As a constant reminder of that mission, I keep a CNC machined part on my desk that we used to make for a company in the Netherlands. It tells it’s own story: Several weeks after my son was born, we received a call from our Dutch customer asking us for help with an assembly problem.

The parts in question were urgently needed on their assembly line, and I, mindful of our mission, was on a plane a few days later with the necessary equipment in hand to make the modifications at their facility. Although the work was hard and the days were long, the best memories from that story had nothing to do with working in the plant.

Ever since I had spent some time in the Netherlands as a kid, it had been my dream to experience the commute to work on a Dutch bicycle*. Consequently, when I found out the hotel I was staying at in Hengelo had a bike I could borrow, I asked my point of contact if he could show me how to get to his facility via bike.

And so it was, on a cold Monday morning in 2009, I became the first American visitor to arrive to their plant on bicycle.

Upon my first day on the job, it quickly became apparent I needed more working hours if I was going to make my Saturday return flight home. We agreed on an earlier start time for the following day. This proved to be a bad decision for a few reasons: First, the earlier start time meant I would now be leaving the hotel on my bicycle in the dark; second, unbeknownst to me, a late season snowstorm was making its way to Hengelo while I was on my way back to my hotel.

And so it was, on an even colder Tuesday morning in 2009, I became the first American visitor to their plant to get lost while en route on a bicycle. Fortunately, I was able to use tracks in the snow to find my way back to the hotel and start over again. Unfortunately, by the time my point of contact came to escort me into the plant I was late and totally drenched in sweat.

I don’t speak Dutch, but as I approached the guard gate, I’m pretty sure I heard my host whisper “Americans” under his breath as he was shaking his head. Reminds me of the “Dancin Homer” episode from The Simpsons when Homer Simpson asks:

I wonder why stories of degradation and humiliation make you more popular?

In Charles Murray’s book Coming Apart, he suggests that the kinds of accomplishment that lead to satisfaction (and in turn happiness) have three things in common:

As I think back on stories such as the one above and put them in the context of trying to keep a small American manufacturing company alive in a global economy, I’m convinced Murray is right. Keeping Evaero in business has required a tremendous amount of work (and luck) over an extended period of time. What we do is important and I have a personal responsibility over our mission. Rarely is there a day I don’t come to work with a smile on my face.

If you cannot say the same, consider the enumerated list above in the context of your family, your community, your faith, or a cause and head home with a smile on your face.

And if that fails, how about taking a break and heading to the Netherlands to try hitchhiking Amsterdam style via Yellow Backie, a Dutch initiative to spark some love between locals and visitors with a famous custom: riding on the luggage rack of a friend’s bike.

Before checking out, I thought I’d mention that the quote above came from a Simpsons episode that featured the first person to guest-star on the show as himself: Tony Bennett **. Since he just celebrated his 90th birthday, I thought I’d share his duet (from Duets II album) with Amy Winehouse. Sadly, Winehouse would die of alcohol poisoning shortly after this song was recorded on 7/23/2011.

Of Winehouse, Bennett would say:

Of all the contemporary artists I’ve worked with, she has the most natural jazz voice. Her phrasing and tone – she’s got it. source

**The FX channel was kind enough to post the Tony Bennett clip on their Simpsons World web page.