Lessons from the Track, pt 2 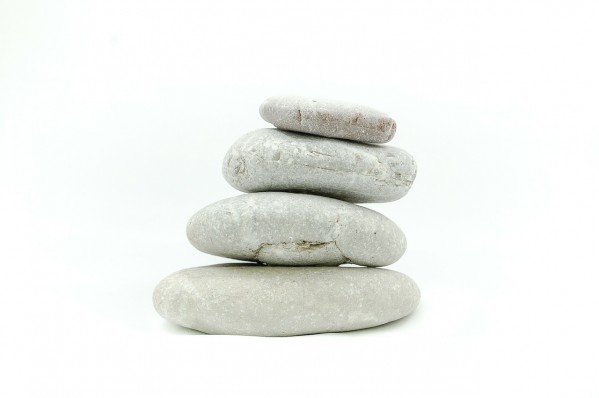 Last week I shared some life lessons from riding a motorcycle around a racetrack – lessons I’ve continued to apply while running a business that manufactures complex CNC machined parts for the aerospace industry. Today I want to pick that thread back up with a focus on mindfulness.

When exiting a turn it’s critical to “feel” the limit of the rear tire grip to know when and how much to open up the throttle. If the throttle is opened too much (or too soon), the rear tire grip on the motorcycle can quite suddenly be lost causing the bike’s suspension to compress. It’s at this exact moment that the rider’s instinct will be to ease off on the gas so the rear tire can catch its grip. The trouble is, that as the tire catches, the by now fully compressed suspension will abruptly uncompress, effectively ejecting the rider from the bike.

This type of crash is called a “high side crash” and the only way to prevent it from occurring is to do exactly the opposite of what your natural instinct tells you to do. That is, as the rear tire starts to slip, instead of letting off the gas you have to continue to apply power to the rear wheel by opening the throttle up.

Trust me when I say: easier said than done.

During one of my track outings, AMA racer Jason Pridmore shared with me some advice on mindfulness and overriding your natural reactions. He described one particular incident when he found himself without brakes at the end of a straight section leading into a series of turns. Instead of panicking, which might be a normal person’s natural reaction, he focused on his breath, negotiated the turn as if his brakes were working, and held on as long as he could.

The Fashion of Mindfulness

Clearly Jason was ahead of his time since today it’s hard not to find someone talking up the benefits that come from practicing mindfulness. According to Wired, meditation isn’t a fad but a “career maker” in Silicon Valley; and The New York Times says mindfulness is “getting its share of attention” and it’s mechanisms are “spreading like ripples on a mountain pond” (via Kottke.org).

Want to “Practice mindfulness. Anytime. Anywhere?” No worries, there’s an app for that.

Want to feel exactly 10 percent happier? Rest assured, this book has it covered.

For many, a mindfulness practice is synonymous with the sitting practice of meditation and, although it’s something that has been embraced by the Silicon Valley, unless you count cigarette breaks, we’re a long way from seeing American machinists, welders, and foundry workers sitting cross-legged on a manufacturing floor focused on their breathing.

That’s not to say that it hasn’t been tried.

Before my time, we used to have an employee who came to us via Puerto Rico and New Jersey. In reaction to being taunted by another employee, he chased him out of the building with a large complex rectangular A356 aluminum casting we machine for the F-15 program. My mom, a yoga instructor for over 30 years – including 20 years working at Canyon Ranch, thought this would be a good time to bring everyone together for some healing, deep breathing, and “oms.”

Although I was young at the time, I watched the entire event unfold while I was programming in a corner of the shop. Here is what I took away:

Regardless of where our day takes us, we can all benefit from making conscientious decisions about how to think and what to pay attention to. In fact, David Foster Wallace suggests as much in his commencement address to the 2005 graduating class of Kenyon College. Watch the video or read the full text.

To that I end, I strive to take my daily encounters (regardless of how banal they seem) and turn them into opportunities to notice; I assume the role of the student rather than teacher whenever I can; and, I am grateful for each second I’ve been given to be alive.

In subscribing to these tenets, I’ve found that not only does it help me override my natural reactions to situations; I’ve become a much happier guy.

Interested in learning more on the topic? Here are some meditation books that were recommended to me (hat tip Farnam Street)

and an amusing video of the Dalai Lama on mindfulness.