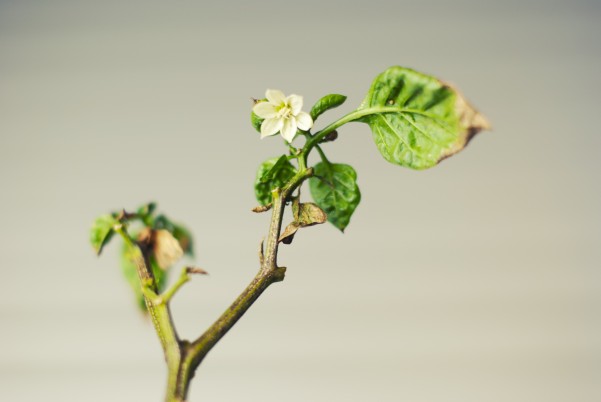 I’ve always been of the opinion that anyone in the USA who works full time and heads a household should be able to earn enough income to keep them above the poverty line.

Which lends the question: Where is the poverty line? Although it’s a function of household size, the federal poverty level for a family of four for example is $24,250/year. Which, for a single earner working a 40-hour per week job, translates to about $11.66/hour. (For the record, regardless of experience or job function, each Evaero employee earns more than this.)

Having said that, the current efforts to raise the minimum wage give me cause for great concern and not for reasons you might expect, rather, because I fear it would hurt the very people it’s supposed to help. And here is why, highlighting the conclusions of Neumark and Washer’s excellent book on the subject, we should be worried about an increased minimum wage:

Clearly some disagree with these findings, however, I have a difficult time understanding why, for this single issue, one would ignore years of economic research supporting the idea that as prices go up, demand goes down.

Consider, for example this article by the respectable Center on Budget and Policy Priorities that supports increasing the minimum wage:

As is often the case in economic research, there is no definitive “right answer” to the question of how minimum-wage increases affect the employment of low-wage workers. But an extremely large and rigorous body of research should lead policymakers to heavily discount claims that employers will make large job cuts in response to a minimum-wage increase.

However in their piece concerning the tobacco tax we learn:

An examination of more than 100 international studies articulates the empirical consensus: “Significant increases in tobacco taxes are a highly effective tobacco control strategy and lead to significant improvements in public health.

Why do higher taxes on cigarettes result in a reduced number of smokers? As stated in the same article:

A primary reason that cigarette taxes are so effective is that young people are particularly sensitive to price increases.

In other words, even with something as addictive as tobacco, if you increase the price you reduce the demand.

Why would it be any different with wages?

Needless to say, the (inevitable) comparisons made between highly paid CEOs and people struggling to get by make it very difficult to look at this issue objectively. Executive Paywatch shows us that Walmart CEO C. Douglas McMillon is paid $9,322/hour and his entry level employees are paid $9/hour. They introduce us to Tiffany, a Walmart employee who, despite working full time, had to rely on public assistance to support her family.

I suspect it’s because of comparisons and stories such as these that the current movement to raise the minimum wage has such broad support with 90 percent of Democrats, 53 percent of Republicans, and 71 percent of Independents favoring an increase to $10.10/hour (source).

It turns out things weren’t much different in the 1930s when the Fair Labor Standards Act was signed into law. President Franklin D. Roosevelt voiced his support for a minimum wage:

Do not let any calamity-howling executive with an income of $1,000 a day tell you that a wage of $11 a week is going to have a disastrous effect on all American industry. (source)

The problem with stories such as these is that, while they are compelling, I’m doubtful they serve the people they are supposed to help. Indeed, it’s interesting to note that on the day minimum wage laws went into effect on October 24, 1938 the New York Times reported “40,000 employees of pecan nut shelling plants in Texas would be thrown out of work tomorrow by the closing down of that industry, due to the new Wages and Hours Law.”

Even more interesting (hat tip to the totally awesome TimesMachine), is an article on page two of the same edition that tells us of the 120,000 Puerto Ricans who lost their jobs overnight as a result of the new laws and reports that:

Much of labor is more than anxious to continue at the prevailing rates on the theory that half a loaf is better than none. Labor Commissioner Prudencio Rivera Martinez, in a published statement said: “The medicine is too strong for the patient.”

So who are the patients today? The Pew Research Center does a really nice job of documenting who currently makes a minimum wage. They are more likely to live in the south, be disproportionately young, and work in industries you expect:

As such, if raising wages reduces the demand for labor, it’s reasonable to assume the young will have a much harder time finding jobs if the minimum wage is raised. The problem is, the young are already having a hard time finding jobs. See for example the plot below created from BLS data that shows, of those deemed to be unemployed by the BLS, 30 percent are between the ages of 16-24 (see here for an interactive plot).

Indeed, it will be interesting to see what happens in Seattle as minimum wages are gradually raised to $15/hour as a result of an ordinance that went into effect on April 1, 2015. Without attempting to draw any conclusions, below is a plot that compares “Food Services and Drinking Places” employment in the state of Washington to employment in the Seattle, Tacoma, Bellevue area (see here for an interactive plot). Data are from here and here.

Now, it’s true that raising the minimum wage will benefit some workers. As noted in Neumark and Washer’s book, “workers who keep their jobs, maintain their hours, and see their wages rise will likely gain from minimum wages.” Furthermore, from the same:

Minimum wages have a number of alluring features. They are simple to implement. They do not have to be funded by federal or state governments and hence do not get caught up in budget battles (although of course minimum wages do impose costs). And they have an appealing moral sensibility.

However, as noted above, minimum wages do not improve the lives of low income families.

So where does that leave us? If you, like me, find the stories of people like Tiffany compelling, instead of concerning yourself with individuals’ incomes, I recommend focusing on family incomes. In doing so, you’re likely to find that programs such as the earned income tax credit, which targets low-income families, are effective at keeping families out of poverty while avoiding the risk associated with raising minimum wages.

This is a good place to end what became a longer than anticipated article. Not too long to leave you with a music recommendation, however.

A couple weeks back I introduced you to the Deslondes. Turns out that starting in December they’ll be touring with Pokey LaFarge (I’m definitely going to need to figure out how to be in New Orleans in December). So, here is the title song off of Pokey’s excellent new album Something in the Water.

* Special thanks to James Spezeski for helping with the reporting; especially, the interactive features on the Tableau public site.