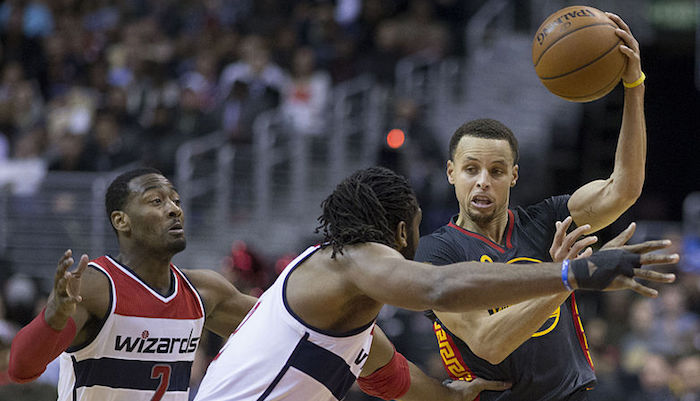 Every man must decide whether he will walk in the light of creative altruism or in the darkness of destructive selfishness. ~ Martin Luther King Jr.

One doesn’t have to be a fan of basketball to know that Stephen Curry is one of the best shooters to ever have played the game. Consider, for example, that he is one of only seven players* in NBA basketball history to be a part of their so-called 50-40-90 club. Players in this select group had a shooting percentage at or above 50 percent for field goals, 40 percent for three-pointers, and 90 percent for free throws during an NBA regular season while also achieving the minimum number of makes in each category (300 field goals, 82 three-pointers, and 125 free throws).

I am not a basketball expert, but I couldn’t understand why an opposing team would give a player as good as Curry so many opportunities to shoot baskets. Seems that, by using your best defenders to pick him up early and double team him, one would be able to greatly reduce his opportunities for getting off good shots. These are sentiments, by the way, echoed by basketball Hall of Famer Oscar Robertson in an ESPN interview and seen in action during an NBA finals game against the Cavaliers.

As it turns out, even when teams employ the aforementioned strategies, Curry still finds a way to score points (SBNation). There are many reasons for this but, since it’s relevant to running a business, I wanted to highlight one that is often overlooked, namely, that:

Curry is a giver.

For proof that Curry’s altruism helps him and the Golden State Warriors, consider that he was ranked 12th in screen assists** among NBA guards playing last season (NBA advanced stats) and that he often gets open after setting screens as he does here in this game against Cleveland: (h/t CoachCallsTimeOut)

As most of us are keenly aware, if we want to succeed, we need a combination of luck, hard work, and ability. However, as Curry shows, we would do well to remember that success also depends on how we interact with others.

Every time we have a choice to make: Do we try to claim as much value as we can, or contribute value without worry about what we receive in return? – Adam Grant in his book Give and Take

This is clearly something Minnesota’s Jimmy Butler would do well to remember the next time he feels compelled to yell out to his boss: “You f— need me, Scott. You can’t win without me” (ESPN).

However, it’s also something those of us who lead teams and organizations should pay attention to. That’s because, while it is true there are plenty of people who score baskets in life by being selfish, Charles Darwin suggests the long run favors givers over takers:

A tribe with many people acting like givers, who were always ready to aid one another, and to sacrifice themselves for the common good, would be victorious over most other tribes; and this would be natural selection.

Before checking out for the week, in addition to adding a song to our Manufacturing Peace of Mind™ Spotify playlist, apropos to this blog and Grant’s book, I wanted to leave you with Christine Porath’s TED talk titled “Why Being Nice to Your Coworkers is Good for Business.” Hope you like it.

**Screen assists are screens that directly lead to baskets made by a teammate.