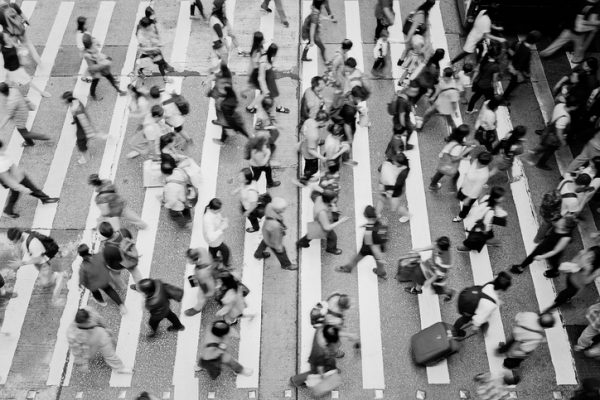 The man who works so moderately as to be able to work constantly, not only preserves his health the longest, but in the course of the year, executes the greatest quantity of works. ~ Adam Smith

On the American work ethic, and race to be the busiest, Anne-Marie Slaughter said:

The culture of “time macho” – a relentless competition to work harder, stay later, pull more all-nighters, travel around the world and bill the extra hours that the international date line affords you – remains astonishingly prevalent among professionals today. (source)

Given that I typically work 40 to 50 hours per week, this is clearly not a competition I’m going to win.

Are there times I have to work more? Of course. I try not to though because once I cross 40-50 hours I find that my productivity, the quality of my work, and my general well-being decreases.

Here is what Facebook co-founder Dustin Moskovitz had to say on the matter:

The research is clear: beyond ~40–50 hours per week, the marginal returns from additional work decrease rapidly and quickly become negative. We have also demonstrated that though you can get more output for a few weeks during “crunch time” you still ultimately pay for it later when people inevitably need to recover. If you try to sustain crunch time for longer than that, you are merely creating the illusion of increased velocity. This is true at multiple levels of abstraction: the hours worked per week, the number of consecutive minutes of focus vs. rest time in a given session, and the amount of vacation days you take in a year. (source)

So what about all those exceptional individuals described by Slaughter’s quote? As highlighted by the following graph from Daniel Cook’s presentation Lost Garden: Rules of Productivity (h/t Dustin Moskovitz article in Medium), it’s important to keep in mind that there is a big difference between actual productivity and perceived productivity: 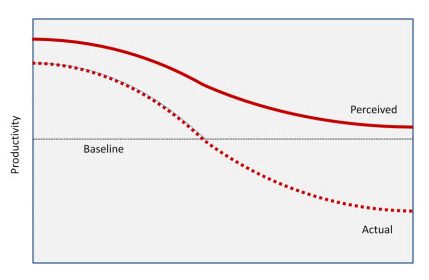 While 42% of the men interviewed by Reid actually were putting in 60-80-hour workweeks, 31% were logging only 50 to 60 hours a week but had figured out ways to make their managers think they were working more. (citing research by Boston University’s Erin Reid, in Business Insider)

And, citing research in a Labor Department journal, from the New York Times we learn:

Americans tend to overestimate how many hours they work in a typical week by about 5 to 10 percent…The report found that “The greater the estimate, the greater the overestimate”; people who said they worked 75 hours actually worked closer to 50 hours.

On that note, having already put in 75 hours this week, time for me to check out for the week.

What a great time of year to be living in Tucson, Arizona: cool crisp mornings and pleasantly warm sunny afternoons! Unfortunately I have to work this weekend (i.e., go on a bike ride, meet friends for drinks, etc.) so I won’t be able to take advantage of the wonderful weather.

Before I check out though, here is a song off of Ages and Ages 2016 album Something to Ruin titled “They Want More.” Couldn’t help but think about the song as I was reading Slaughter’s piece which I’ll discuss further next week. In the meantime, hope you like the song.