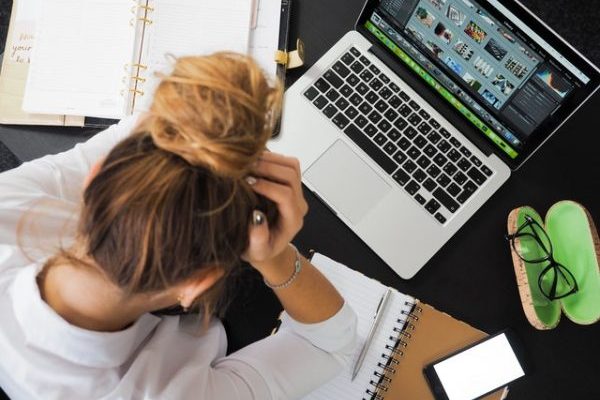 All men make mistakes, but only wise men learn from their mistakes. ~ Winston Churchill

Launched in 1996 and finally killed in 2007, Microsoft’s universally hated digital office assistant Clippet aka Clippy is “famous for being one of the worst user interfaces ever deployed to the mass public.” (The Atlantic) In fact, according to Time, Clippy is considered to be one of the worst inventions of all time. As with most failures, there are plenty of lessons to learn so today, we’ll continue to explore the story in hopes we may benefit.

As I learned from the always excellent James Fallows of The Atlantic, Clippy was a holdover from Microsoft’s “Bob” project, a failed effort to make computers more user friendly. It turns out that for a time, the Bob project was managed by none other than Bill Gates’s future wife Melinda French.

As noted by Fallows:

The fact that Clippy had been the brainchild of the boss’s wife was mentioned as a little joke, not a seriously decisive factor. But it was a joke everybody knew.

Which brings us to today’s valuable lesson. Namely, if you have the fortune/misfortune to work alongside a family member, be it a parent, spouse, child, or sibling, one should be aware of how familial working arrangements may be limiting the information you receive.

When I first assumed the responsibility of managing Evaero, and thereafter for a period of about five years, my father (and founder) was still actively involved in the business. I’ll talk more about this in a future blog, but for now suffice it to say, because we had very different views on how the business ought to be run, it was an especially unpleasant time for me personally.

Part of the difficulty was that if employees knew my father was doing something I wasn’t going to like, more often than not, I didn’t hear about it. Until it was too late, that is. Although plenty of stories come to mind, let me share one that (sort of) had a happy ending.

My father would occasionally make promises that (in his mind) weren’t intended as formal commitments. Usually, these were trivial matters served up during light-hearted banter that received about as much of my father’s attention as would the weather or last night’s ball game.

As a result, over the years, I grew used to folks showing up at our door or on the phone who started off their introduction with “Hey, I met your dad and he mentioned you’d be able to …” In fact, to this day Evaero lives with the legacy of owning a forklift that, for reasons I don’t fully understand, was promised to be made available to a guy down the street from us who worked on my father’s VW bus.

Back to the story at hand. Shortly after I started at Evaero, I received a letter from a prison inmate that opened with “I’m going to be released at the end of the month and I need that job Willy promised.” The felon who authored it was someone my father had met and come to know over the years during the occasional times said person was sober and working as an auto-detailer near our company. However, unbeknownst to me (but known to many in our company), after the authorities had taken issue with the bundles of marijuana in his possession, my father told him to contact him if he needed a job after he was released from prison.

Contact us he did and, with my father’s assurance he is a good person deserving of a second chance, and because his release was contingent upon him having a job, I felt compelled to honor the commitment made.

Upon arriving to work the now former prisoner promised:

A few hours later he accidentally severed his fingers while running a large industrial bandsaw.

So how exactly does this story have a happy outcome?

After the hospital stitched him up, he was a fantastic employee who honored every one of the commitments he made on his first day. Sadly, he was diagnosed with cancer (and died a few months thereafter). And while today his record would preclude us from being able to hire him, my experience with him forever altered my impression of non-violent offenders who have done time.

Obviously, communication is an important component to the success of any organization. Add family to the mix, however, and it will be necessary to take the extra step of firmly defining roles and responsibilities and to make sure the entire organization is on board with the mission, values, and quality policy of your organization. Indeed, one of my biggest failures at Evaero was waiting far too long to address how the manner in which my father conducted business was at odds with the changing ethos of our company.

On that note, before checking out for the week, some music for our Spotify playlist. Given that he spent a few months in prison himself, seems like a great time to introduce you to the music of Steve Earle. Here he is singing one of his more popular tunes, “Guitar Town.”