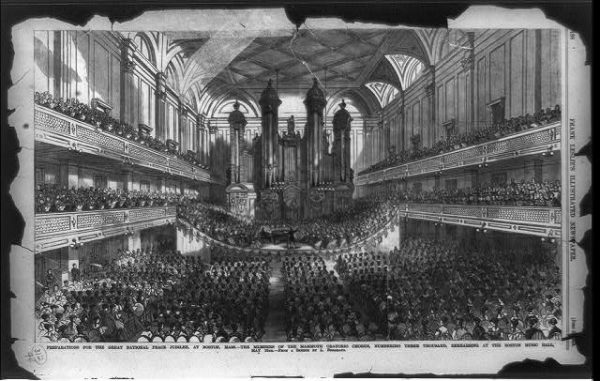 Try and be nice to people, avoid eating fat, read a good book every now and then, get some walking in, and try and live together in peace and harmony with people of all creeds and nations. ~ from Monty Python’s The Meaning of Life 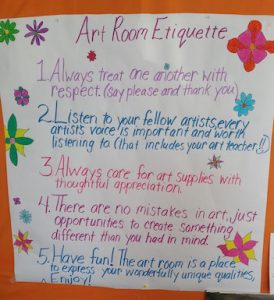 I recently found the following poster in my son’s art classroom. Given that the holidays are around the corner, I thought I’d leave our discussion about housing and the economy for 2017 and instead share thoughts inspired by this poster.

Not only does the message provide evidence of why we should all be fighting for art education in our schools, it also reminds me of Robert Fulghum’s book All I Really Need to Know I Learned in Kindergarten: Uncommon Thoughts on Common Things.

The book, first published in the late 80s, went on to sell millions of copies and become a #1 New York Times best seller. Somewhere along the way a Senator from Washington (Daniel Evans) heard Fulghum’s “kindergarten essay” and would get Speaker of the House Jim Wright to read it into the congressional record.

Some of the things that Fulghum learned in kindergarten?

Share everything.
Play fair.
Don’t hit people.
Put things back where you found them.
Clean up your own mess.
Don’t take things that aren’t yours.
Say you’re sorry when you hurt somebody.

In light of the election we’ve just been through, I cannot help but think it might be worthwhile reading this into the congressional record again in hopes our government can start working together.

Of course, if that doesn’t work, there is always the power of music. For as Martin Luther once said:

Next to the word of God, the noble art of music is the greatest treasure in the world.

Which reminds me of the story of P.S. Gilmore’s quest to commemorate the end of the Civil War with a five-day event known as the National Peace Jubilee. I learned of the story from a picture book I bought my seven-year old son for Christmas titled Jubilee!: One Man’s Big, Bold, and Very, Very Loud Celebration of Peace, written by Alicia Potter and illustrated by Matt Tavares.

Dubbed by the New York Times in June 1869 as “one of the most remarkable successes ever accomplished in this or any other country,” the Jubilee was held in Boston’s Temple of Peace, a temporary structure built over a three-month period for the sole purpose of accommodating as many as 50,000 attendees. (pictured above)

The event featured an orchestra and chorus of more than 10,000 people, canons, church bells, the world’s largest pipe organ and, to play along with Verdi’s “Anvil Chorus”:

One hundred Boston firemen wearing blue trousers, red shirts with double rows of brass buttons, and gleaming brass helmets, smashing away with blacksmith’s hammers upon as many anvils, amid showers of sparks. (American Heritage Society)

This is not just an excellent example of how hard work and determination can make dreams come true. It’s also a story about how the power of music can unite people. Gilmore certainly shared in this belief, as is evidenced by the following paragraph he wrote (cited in an 1871 New York Times article) :

Thou, O, music, the universal language of the soul, whose power can even ‘soothe the savage heart,’ shall yet come in thy all-conquering might and take captive the hearts of men. Since the morning stars sang together thou has been the great comforter of the sorrowing, inspirer of the brave, companion of the good, the friend of all. Into the dark fabric of the world’s history, thou has woven golden threads of joy, and rescued from oblivion many a deed of love to move men’s heart to nobler issues. And now thou wouldst come in all thy majesty, as when on wings of heavenly light, thou comest to greet the Holy Child, and proclaim anew Peace and goodwill to the stricken of our land!

The power of music indeed.

From Joseph Horowitz’s Classical Music in America, we learn the song that kicked off the National Peace Jubilee was Martin Luther’s “A Strong Castle is Our Lord” (known today as “Mighty Fortress is Our God”). Before checking out for the week, here then are Pamela York, Lynn Seaton, and Sebastian Whittaker* performing their version of the song from York’s fantastic (and recommended) release Lay Down This World: Hymns and Spirituals.

* In writing this piece, I learned that drummer Sebastian Whittaker died of cancer on July 10th, 2016 at the much too young age of 49. The story written about him by Andrew Dansby in the Houston Chronicle after his passing is inspirational and definitely worth a read.