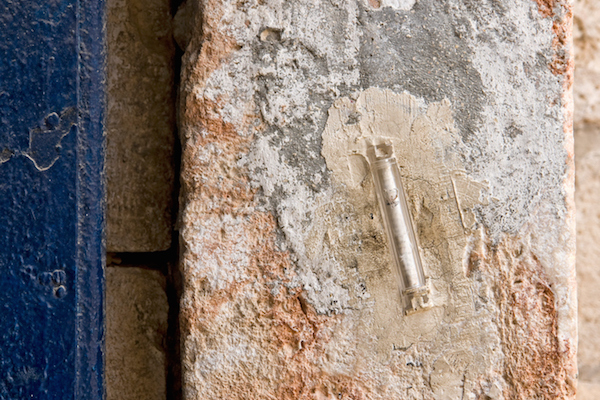 Who is wise? One who learns from every man. Who is strong? One who overpowers his inclinations. Who is rich? One who is satisfied with his lot. Who is honorable? One who honors his fellows. ~ Ben Zoma, Ethics of the Fathers

Last week’s discussion about how our environments unconsciously influence our behavior reminded me of a struggle I’ve had trying to mentally close out work when I come home. Technology makes the transition from work to home a seamless one and home has increasingly become an extension of my work environment if I allow it to.

I know I’m not alone.

Executives, managers, and professionals (EMPs) are finding that technology is fueling an “always on” culture that demands long hours outside of normal working hours. A recent survey by the Center for Creative Leadership certainly supports this sentiment:

We’ve found that professionals, managers, and executives who carry smartphones for work report interacting with work a whopping 13.5 hours every workday, (72 hours per week including weekend work). We’ve also found that, on average, they have only about three hours on workdays for “discretionary” activities such as being with their family, exercising, showering, and all of those chores at home that someone has to do. (source)

Ever aware of Aiden Wilson Tozer’s reminder that “when you kill time it has no resurrection,” I became increasingly frustrated by my inability to be present with my family after work. All it would take was an email or text and I’d no longer be listening to my son talking about his basketball practice or my wife about her week at work. Instead, I’d be thinking about how I was going to respond to a customer or employee query.

A CEO I know who runs a large produce company told me he tried to impose a family rule requiring everyone to put their smartphones in a bowl above the mantel upon entering the house. And how did that work out? Let’s just say, there is nothing like spending dinner plotting how to get your phone out of the bowl without anyone knowing, only to find, by the time you put your plan in action, yours was the only phone left in the bowl.

I sought patterns in my behavior in order to improve my effort to separate work from home. Over time, I realized the weak link is when I had to leave work in the middle of say, responding to a customer email, or finishing a proposal. The alarm on my phone would go off telling me I needed to pick my son up at school but with items left unfinished, I couldn’t get them out of my head after I left work. So this wouldn’t remain the case the entire night, I’d ask for 15 minutes of work time when I got home to finish things up….Funny how easily 15 minutes can turn into an hour and how many more things suddenly need to get done.

I discussed this dilemma with a friend of mine, Kandy, a few years ago and she said “You need a mezuzah.” According to chabad.org, a mezuzah is a small parchment scroll upon which the daily declaration of faith (Shema) is inscribed. The scroll is rolled up and put in a case that is affixed to the right of a door so that the top of the mezuzah faces inwards towards the door (see photo at top of this blog).

According to Blu Greenberg (myjewishlearning.com) the “mezuzah is of biblical origin,” and serves as a reminder of one’s covenant with God and heritage. From Deuteronomy 6:9 (KJV):

And thou shalt write them upon the posts of thy house, and on thy gates.

Because the common practice is to touch the mezuzah before passing through a doorway into a home, not only does it serve as a reminder that God is with us, but also that we’re entering a different environment. My friend’s contention is that in doing so, one is also given a soft reminder it’s time to leave work behind.

Having experimented with this I can tell you it really does work. In other words, in becoming physically aware of something, the transition from one state to another becomes easier. It’s as if the contact has a way of jolting you into focus.

Once you start there, you’ll find this practice works elsewhere in your life.

Athletic teams use it to prepare for the start of a game. The ritual huddle where everyone gets in a circle and connects themselves before the whistle blows is a great way to transition to “game time.”

In an effort to get their employees to focus on the work at hand, I’ve been in businesses where managers ask their staff to touch a sign that contains a pithy statement before entering a meeting. Because I was too busy looking for coffee, I don’t recall what the signs said, but if you’ve spent anytime in corporate America, I’m sure you can fill in the blanks.

The first thing I do before I start my morning meditation practice is to become physically aware of the chair/floor I’m sitting on as well as the contact point between my hands and knees. Again, it serves as a way to transition from one state to another.

In any case, if you too are having a hard time turning work off, consider finding your own version of a mezuzah. And if that doesn’t work, maybe the hugs and kisses from your family will.

Before, checking out for the week, how about some music for our Spotify playlist?

Spoon released a great new album in 2017 titled Hot Thoughts. Here is a song from the album titled “First Caress.” Hope you like it.