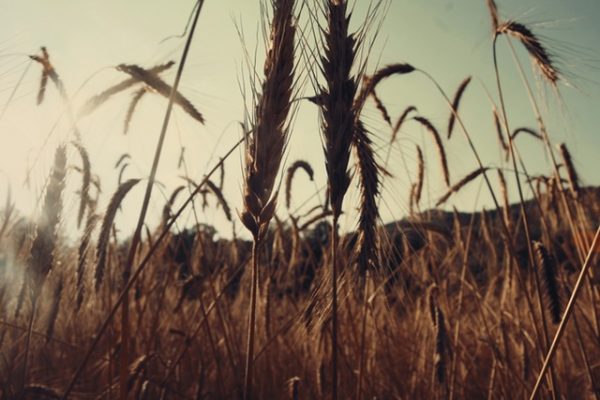 The quote above is from the song “The Old Rugged Cross,” written by Reverend Bennard in 1913 in reaction to being ridiculed at a revival meeting.

I learned about the song and its origins in Dan Barry’s excellent book, The Boys in the Bunkhouse – Servitude and Salvation in the Heartland, a book about dozens of mentally disabled men who were forced to live in servitude under gut wrenching conditions for more than 30 years in the tiny farming town of Atalissa, Iowa.

The story has it’s start in 1966 when Texas rancher T.H. Johnson participated in a pilot program championed by the Abilene State School in Texas to deinstitutionalize mentally disabled men. As part of the program the “boys,” as Johnson called them, were taught agricultural skills while earning (below minimum) wages. The program was apparently deemed a “win-win” by the State, Johnson, and the men – the State was unburdened of its responsibilities; Johnson had a cheap source of needed labor; and the men reportedly acquired skills, money, prostitutes, beer, and the promise of a retirement home on Johnson’s Texas ranch*.

In fact, the program went so “well” that two years after its start, on October 26, 1968, the National Association for Retarded Children presented the Johnson Turkey and Sheep Ranch of Goldthwaite, Texas the Employer of the Year Award for the “wisdom, foresight, and understanding which has led to the hiring of the mentally retarded.”

But then, as they always do, things started to change.

With his ranch faltering, Johnson would eventually contract the disabled men, now over 30 in number, to work in a turkey processing plant in rural Iowa where they eviscerated turkeys in return for boarding and $65/month. In turn, between 1974 and 2009, Johnson’s workers would eventually find themselves exploited, neglected, abused, and denied medical care while living together in a “temple on a hill” between shifts at the turkey plant.

Seven years ago, as a result of some tenacious work by Des Moines Register reporter Clark Kauffman, a social worker named Natalie Neel-McGlaughlin would pick up her phone one night and hear the following message:

Men with physical and mental challenges, living in an old schoolhouse, eviscerating turkeys for very little money, for decades.

Change came like a slap to the back of the head, a kick in the ass, a right-hard punch to the balls.

And, of course, adherence to a predictable script followed:

Amongst dozens of back-and-forth memos, a single memo dating to December 1974 was discovered. Written by a young social worker named Ed George, here are some excerpts:

Not since the days of slavery have we had an example of the antithesis of normalization as Henry’s has provided. Their list of violations of principle is endless…Once the resident becomes an employee of Henry’s Turkey Service, he for all practical purposes loses most basic human rights…The idea of implementing any program like this in Iowa is obscene…

With knowledge of the memos and other details that surfaced during the investigation, here is what the governor of Iowa, Chet Culver would eventually have to say about the incident:

And while it’s hard to second-guess what did or did not take place in the past, one thing is clear: every level of government bureaucracy has failed these men since 1974.

Now, at this point, some of you are thinking that this book probably won’t make for good summer reading. Although parts of the book are unsettling, here are some words from the epigraph that will hopefully get you to consider putting it back on your summer reading list:

For, while the tale of how we suffer, and how we are delighted, and how we may triumph is never new, it always must be heard. There isn’t any other tale to tell, it’s the only light we’ve got in all this darkness. ~ James Baldwin

The book proved especially enlightening to me because, in addition to developing a well timed unease around folks who line their walls with awards, I couldn’t help but notice some similarities with the Flint water crisis. Here for example is what Michigan governor Rick Snyder would have to say about that issue:

Let me be blunt. This was a failure of government at all levels. Local, state and federal officials – we all failed the families of Flint.

And we want more government?

Although it’s too early to know if Flint can manage to turn back the clock on the cruel hands of time, with regard to the 21 surviving “boys in the bunkhouse,” I’m happy to report not only would they find salvation but, thanks to hero-lawyer Robert Canino, also a modicum of justice.

Sadly, the retirement home they were promised was never finished.

Before checking out for the week, in a nod to Iowa, and America’s midwest, today I wanted to leave you with a song off of Margo Price’s fantastic new album Midwest Farmer’s Daughter that was released off of Jack White’s Third Man Records.

Cause all I want to do is make something last
But I can’t see the future, I can’t change the past
I want to buy back the farm
And bring my mama home some wine
Turn back the clock on the cruel hands of time

Here’s to making something last…xian

*The prostitutes, beer, and retirement home were Johnson’s idea.