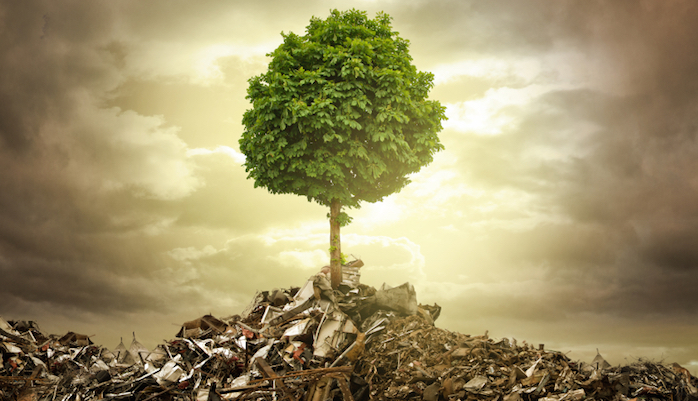 In response to my previous article on the commoditization of making things, I was asked my opinion on what smaller aerospace precision CNC machining companies could be doing to position themselves for survival. This is certainly an important question, not only for those of us in the business, but also for companies relying on our services.

Over this and the next few articles, I’ll offer up my thoughts as they apply to smaller companies like Evaero.

Rather than talk about new CNC machining technologies, which you can read about elsewhere, I intend to discuss matters such as pricing and risk, reverse auctions, long term contracts, and redefining what winning looks like.

But today, I want to start with Manufacturing Peace of Mind™.

Most of our revenue is generated by sales to Fortune 100 companies with the majority of our part numbers sold according to terms and conditions governed by long term contracts. Recently we were invited to participate in a reverse auction that, we were surprised to learn, featured parts supposedly covered by one of those contracts.

With an agreed-upon price already established by the contract we declined the invitation and the parts were subsequently awarded to another supplier. Talk to others who have found themselves in the same situation and you’ll encounter a range of emotions from anger to fear to aggression. If you want to prepare for the future though, I believe you need to train yourself to react differently because, as put by Master Yoda:

Anger, fear, aggression; the dark side of the Force are they. Easily they flow, quick to join you in a fight. If once you start down the dark path forever will it dominate your destiny, consume you it will.

So how do you avoid becoming consumed by the dark path of commoditization? I recommend replacing anger, fear, and aggression with gratitude, empathy, and enlightenment.

Rather than being angry that our customer disregarded our contract, my first reaction was to be thankful for having been allowed to make the parts for as long as we have. Every part we have on contract is priced to stand on its own with a small amount left over for profit. (I’ll talk more about this when I write on long-term contracts.) In addition to having a strong desire to avoid overcharging our customers, we have a very detailed understanding of our costs. What that means is that for the years our customer gave us the opportunity to serve them by making these particular parts, our employees, Evaero, and our community all benefitted.

Seems like a lot to be grateful for. Don’t you think?

As noted in a previous blog, if you believe in doing the right thing, a good place to start is to put yourself in the shoes of others. Most large publicly held companies are ultimately governed by a single metric: shareholder value. Put yourself in the shoes of an employee working for such a company and you’ll quickly understand managers are often pushed into making decisions that benefit share prices in the short run and may not make a whole lot of long term sense.

There are few better legal ways to achieve short-term financial gains than to reduce the direct costs associated with the revenue generating products/services you sell. Not only does it improve earnings but it also increases cash flow and reduces inventory. Although this is true in all businesses, in large companies there are people whose jobs depend on them doing just this one thing.

Put yourself in the shoes of the person who has been assigned to cut costs and you’ll quickly understand why your parts are now on a reverse auction. Although it’s not likely to make you feel any better, it should cause you to reconsider how you are positioning yourself for survival in the future.

Early in the morning, the day after we received the auction notice, a friend of mine (hat tip Gary) sent me an email that included the following verse by Kadam Geshe Langri Tangpa:

When one whom I have benefitted with great hope unreasonably hurts me very badly may I view him as my supreme teacher.

You can take the bad things that happen to you and have them consume you or you can learn from them and hopefully put yourself and your organization in a better position. Do this enough times and you’ll learn some of the things I have over the years, namely that managing your business according to a single metric such as shareholder value will likely detract from your long-term goals. Also, success ultimately depends upon the properties of the collective.

As noted by Matthew Stewart in his really excellent book The Management Myth:

It is the general ethos, in the classical sense of that term – the level of mutual trust, often established over years or decades  – that makes successful collaboration possible. The balancing of different skills and often even contrary points of view with a group, too, is typically a major factor in success. Perhaps the most important factors are those that lie outside the organization altogether – the legal, cultural, and ethical infrastructure of wider society on which organizations depend.

Although replacing anger, fear, and aggression with gratitude, empathy, and enlightenment won’t guarantee survival it will shift your focus on the issues and problems you can control rather than ones you cannot.

This is the approach I believe gets us all one step closer to Manufacturing Peace of Mind™.

A reader (hat tip Dave) recommended the California-based roots rock band Dawes. (You didn’t know I took requests, did you?) In researching the band, I learned that during the 20-year celebration of the radio show World Cafe Dawes and one of my favorite bands Mumford and Sons did a song together.  Hope you like it as much as I did.