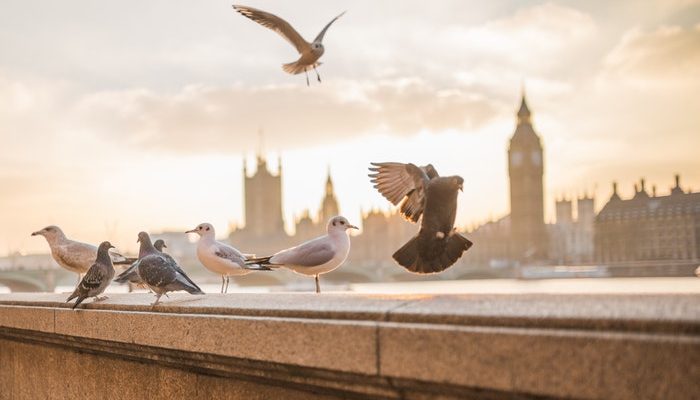 Your worst enemy cannot harm you as much as your own thoughts, unguarded. But once mastered, no one can help you as much, not even your father or mother. ~ Buddha, Dhammapada

I recently had the opportunity to visit with Lili Thompson, a charming young lady who, during her three-year tenure with Stanford’s basketball team, made it to the Sweet 16, Elite 8, and Final Four. Although she had plenty to say about her experiences, one particular story that involved Trafalgar Square resonated with me so I thought I’d share it with you.

A public square in Central London that commemorates an 1805 British naval victory during the Napoleonic wars (Wikipedia), for 174 years, Trafalgar Square has served host to locals and tourists alike and countless historical events such as Bloody Sunday in 1887. More recently though, the Square has become noteworthy for an infestation of pigeons that continually shellac the carefully maintained grounds and architecturally significant monuments.

Tired of bearing the expense of cleaning up the mess, the Mayor of London, Ken Livingstone, eventually waged war on the pigeons in 2001 by requesting that people stop feeding them (The Telegraph). Groups such as Save the Trafalgar Square Pigeons (really) prolonged the war, however, when the food finally disappeared, in short order, so too did most of the pigeons.

What does all this have to do with basketball?

In describing a painful stretch in her basketball career, Lili talked about how negative thoughts had conspired to erode the foundation of her game and what it took to get rid of them. A pointed comment from a teammate and subsequent breakthrough game against a formidable opponent finally snapped her out of her rut. Informed by this experience, the advice she passes along to players in a similar situation is this:

That is, because negative thoughts conspire to cannibalize the carefully maintained edifices of your soul, when the inevitable setbacks occur, don’t make things worse by beating yourself up. Indeed, having had to work through my own spells of self-flagellation and doubt, I can attest to how quickly negativity can hinder progress and possibility by snuffing out your spirit with a curtain of shit.

So, the next time you hear those voices telling you you’re no good and the mistakes you’ve just made were an inevitable outcome of your self/situation, stop feeding the pigeons and remind yourself, in the words of the great Persian poet Rumi (h/t DM), that;

On that note, a great time to check out for the week and leave you with some music for our Manufacturing Peace of Mind™ Spotify playlist. Today I’m leaving you with the 1966 Bobby Hebb song “Sunny.” Considered one of the top 100 songs of the century by BMI, Hebb wrote the song to serve as a contrast to two tragic events: the assassination of JFK and the killing of his brother outside a Nashville nightclub (Wikipedia).