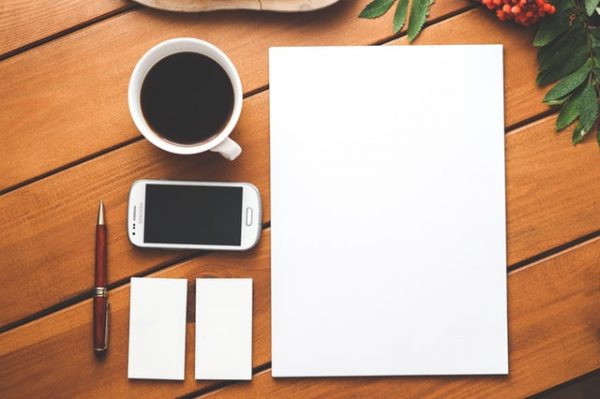 This was not judgment day – only morning. Morning: excellent and fair. ~ William Styron, from the novel Sophie’s Choice.

By the end of this week, a full 25 percent of us who made New Year’s resolutions will have already given in or given up. (I’ve mentioned this previously, this time of year.) Curious to know what the stats will be like by the end of the year? By year end, only one in 10 of us will have had the discipline to succeed. Indeed, with odds like that, one would be right in questioning the utility in making resolutions at all.

Despite the odds, as someone who subscribes to Benjamin Franklin’s adage:

Be always at war with your vices, at peace with your neighbors, and let each new year find you a better man.

I personally find great value in using the year gone by to inform how I will be a better man 12 months from now.

In case you may find some value in what I’ve learned over the many years, here are three rules that will increase the odds you’ll stick with your New Year’s resolutions this year.

Rule #1: If what you did last year didn’t work, don’t expect it to work this year.

I’m convinced the quote “Insanity is doing something over and over again but expecting a different result” has as its origins in someone observing people and their New Year’s resolutions*. I cannot tell you how many folks I know, who in an effort to affect change, ignore previous results thinking this time will be different.

Unless you’ve had some sort of seismic change in your life (e.g., prison, divorce, new job, bankruptcy, etc.) it’s highly improbable the things that led to your demise last time around aren’t waiting for you this year.

Rule #2: Craft a goal that can be expressed as a positive action (rather than a negative one).

I contend it is far easier to do something than to not do something. In fact, my experience is that if you get off track, the person who chose walking 30 minutes per day as a resolution will have a much easier time getting back to it than the person who vowed to stop smoking. I don’t know why that’s the case but I’m sure you’ll agree (either from personal experience or watching others) that having just rationalized the one cigarette/drink/chocolate/ice cream on New Year’s Day, it doesn’t take much for one to become many, and for many to become “Fuck it. I’ll try again next year.”

Does that mean you should give up on fighting the war against those nasty habits/vices? Of course not. All I’m saying is that when it comes to something like a long term proposition like a New Year’s resolution success will be more likely if you focus on doing something positive than negative.

Did the flu just get in the way of your plans to head to the gym this week? A plumbing problem obliterate your plan for paying off your credit card? Your meditation practice just become more difficult because you learned your spouse is cheating on you with a best friend?

The author of novels like “Lie Down in Darkness,” and “Sophie’s Choice,” William Styron, referred to events like these as the “fleas of life.” Trust me, my friends, whether we’re talking about the 10 percent of us who are going to achieve our New Year’s resolutions or the 90 percent who aren’t, the fleas of life are going to surface at the most inconvenient of times to interrupt the best of our intentions.

So how to deal with the setbacks? By no means an exhaustive list, here are three things I can recommend:

A good place to stop but before I finish up my ice cream and brandy and light up a cigarette, how about some music?

A couple weeks ago, while I was looking for some music to go with a Georgia theme, I was introduced to the music of Lukas Nelson and the Promise of The Real by way of his amazing song “Forget about Georgia” off their self-titled album. The album has to be one of my favorites from 2017 and definitely worth listening to in its entirety. The song I’m leaving you with today is off the album and titled “Find Yourself” and I will be sure to add to our Spotify playlist.

Here’s to hoping we all find ourselves in 2018!

*This quote is often mis-attributed to Albert Einstein. Although the original source is unknown, the current consensus is that it originated in a 12-step program such as Alcoholics Anonymous (source). This is somewhat ironic given that the success rate of AA is even lower than folks achieving their New Year’s resolutions (source).