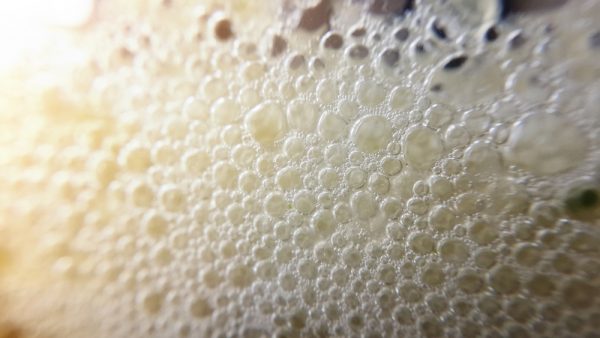 While reaching for a bottle of champagne to celebrate National Scavenger Hunt Day on May 24th, I couldn’t help but be reminded why we would do well to pay attention to all taxes regardless of how trivial they may seem. We keep a careful eye on income taxes because we all write checks to the state, but the rest? The fact is that some of these other taxes, taxes that are siphoned off without much recognition, have a way of adding up to a lot of money.

Let me connect some dots.

The History of the Word Scavenger

A little about the etymology of the word “scavenger.” According to Merriam-Webster, in medieval times, “scavage” was a tax levied by towns and cities on goods put up for sale by non-residents to give resident merchants a competitive advantage. In turn, the folks responsible for collecting this tax were called “scavagers,” a word the British would eventually transform into “scavenger” right about the time tax collectors were also asked to keep the streets clean *.

Yes, that’s right, the British had tax collectors who doubled as sanitation workers. Brilliant. Yet another item to add to my long list of why I love Britain, right alongside: tea, digestive biscuits, fish & chips, the BBC **, the King James Bible ***, and the fact that in just four short days they convinced Justin Bieber to never return to their wonderful island.

Bringing it Together: Champagne and Taxes

In 1902, Kaiser Wilhelm II (1859-1941) of Germany levied a tax on champagne for the specific purpose of getting the wealthy to pay for his Imperial Navy and the widening of the Kiel Canal. Although Kaiser Wilhelm and his navy are long gone, unsurprisingly, the champagne tax remains.

Referred to as the “Schaumweinsteur” in Germany, as explained in The Economist, it’s a tax that belongs to a long list of German taxes known as “bagatelle taxes.” The word bagatelle means “trifle” in French/Italian. It’s a funny thing how all those seemingly inconsequential taxes have a way of adding up. Indeed, according to the same article, in 2009, the German government generated €1.5 billion in revenue from sparkling wine and coffee alone.

Of course, in a nod to John Maynard Keynes who said that,

The avoidance of taxes is the only intellectual pursuit that still carries any reward.

even with trifling taxes, measures are taken to avoid them.

In Germany, the proprietor of a wine shop advises customers to buy prosecco instead of champagne to avoid the tax. Why might you ask, is the tax not levied on prosecco? Because it “fizzes” rather than “foams.” Really. Of course, if the prosecco cork happens to be mushroom shaped and secured with a muselet the tax would still apply (source).

Makes me wonder what tax avoidance looks like in Cologne, Germany where bagatelle tax revenue on prostitution, pornography and sex fairs is in the neighborhood of €750,000.

I mention all of this because, with all of the attention paid to income taxes in the current election cycle, it’s easy to miss just how much tax revenue is generated by the state from other, shall we say, more trivial sources.

Curious to know what you may be missing?

Taken from 2014 state level census data (source), in the plot below, I’ve highlighted where state tax revenue comes from. Interestingly enough, what the plot makes clear is that the majority of state tax revenue (58.7 percent) does not come from individual/corporate income taxes. Rather, it comes from taxes such as sales and license taxes that don’t receive as much attention/debate.

That, my friends is a lot of foam.

Before checking out for the week, let me introduce you to some local music. Tucson in fact has a vibrant and growing music scene that supports a lot of fantastic artists and the group Copper & Congress definitely falls in that category. Please consider supporting them by buying some of their music. Here are links to two of their albums, Fault Line and The Leap Year. I’ll add a song from each album to our ever expanding Spotify playlist so you can sample their goodness.

* Hat tip to Dennis Bartel at LA’s classical radio station KUSC which I support and am usually listening to early in the morning while I’m working on this blog.

** If you like classical music check out the BBC’s Radio 3. Really fantastic. I cannot say I have a favorite biscuit but I’ve been buying McVitie’s Digestive Biscuits from Amazon for years. I do however have a favorite tea, Typhoo Tea, which you can also buy from Amazon. Sadly, still no answer on the fish & chips.

*** Presumably to make it more appealing to millennials, someone has taken the time to take a work of art that took 47 scholars from the Church of England working between 1604 and 1611 to produce and translated it into an emoji version….and we wonder why Bernie Sanders is so popular.