Part 6 in my series on How to Improve Odds for Success. 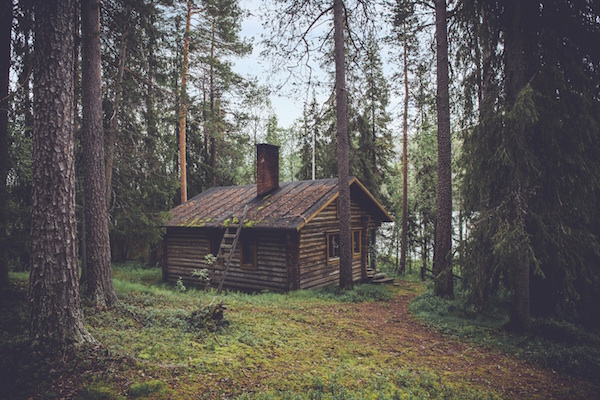 By wisdom a house is built, and by understanding it is established – Proverbs 24:3

In considering strategies for developing a personal success equation, thus far I’ve focused most of my attention on the dependent variable on the left side of the equation. This is of course where your goals/resolutions are situated and, being the outcomes we really care about, it’s quite natural to want to spend our time and energy there. If however you want to move from a wish driven strategy to a work driven strategy you’ll need to redirect the bulk of your focus to the independent variable(s) sitting on the right side of your equation.

Testing the dependent and independent variables

Last week we took the steps to create the success equation. Let’s test the variables you’ve defined. Say you want to lose weight and have a hunch there is a relationship between weight and food intake (as measured in calories). You can describe this relationship mathematically with the equation for a line:

where y is weight, x is the food you’re eating in calories, m is the slope*, and b is the value of y when x is zero (i.e., the y-intercept). y (in this case weight) is the dependent variable because it depends on food intake x, the independent variable on the right side of the equation **.

So, how do you go about selecting an independent variable for your personal success equation? There are a few things to consider but today I just want to focus on the most important, namely, choosing something positive to work on.

If you want to affect long-term positive change in your life, it is to your advantage to focus on an independent variable that can be framed as a positive action. I realize this sounds totally hokey but you don’t have to look any further than folks trying to lose weight to convince yourself there is value here.

Here is a list of independent variables common to folks I know who have tried to lose weight:

After putting the word “no” or “reduce” in front of them do any them sound like a diet of someone you know?

And how did that work out?

I’m not saying you should or shouldn’t cut any of the things on this list ***. Nor am I saying weight does (or does not) depend on these factors. Rather, it has been my experience that for most mortals it doesn’t take too long for “no” to become “yes.” By including a “no” in your success equation, the inevitable “yes” leaves you with an emotional hangover comprising guilt, despair, sorrow, fear, anger, and perhaps even hate.

And where can that lead you?

How about (in the words of Master Yoda) to a whole lot of suffering?

The word “diet” stems from the Greek word “diaita,” which means “way of life.” If you want to choose wisdom and understanding as a way of life rather than suffering I recommend building your success equation with something positive.

Here for example are some ways you can build success equations tied to weight loss that don’t involve “no:”

Note first that in addition to being positive each of these involves doing something. That is because a natural outcome of reaching for positive solutions to effect change is that your independent variables will more often than not require your action and your attention – precisely what may be needed to get and keep things moving in the right direction.

Granted, none of these are likely to offer quick solutions to someone wanting to lose weight. However, on analyzing success/failure, they will inspire reflection that will result in long-term sustainable results.

Say for example you’ve chosen “making lunch” as the independent variable in your success equation and end up not making lunch on Thursday. Is this something you’re going to beat yourself up about? Probably not. More importantly, you now have a great event around which to frame questions that will help to build the practical wisdom and understanding needed for long term solutions.

Here is my collaborator asking me some questions about what happened:

“ Xian, why didn’t you make lunch on Thursday?”

“Because I was up at 4:30 AM working on this blog and had to get my son’s lunch and snacks ready for school and drop him off.”

“Xian, how about trying to make your lunch the night before?”

“Great idea, I’ll try it out next week.”

Setbacks are inevitable but as long as you have an independent variable that will keep you in the game, you’ll be able to learn and grow from those setbacks. Even if you decide to work on something else. Perhaps more importantly, do this enough and some of those hard to shake habits that are holding you back may just get worked out of your system as a matter of course.

As a way of unwinding from a long day I had developed a habit of streaming Netflix movies on my laptop before going to sleep. Unfortunately, if I was watching a series I’d often find myself binge watching late into the night, leaving me feeling a wee bit tired in the mornings – a problem, since I depend on my early morning hours to do things like write this blog.

To try and work this habit out of my system, rather than focusing on reducing/eliminating Netflix, I created an independent variable that focused on my morning activities and started tracking and taking note of what was behind my successes and failures.

Unsurprisingly, I learned that my unproductive mornings were most often associated with not getting enough sleep. As a result of knowing that, today when I’m about to reach for my laptop on a work night, I think about how happy having a productive morning makes me feel and opt for a good night of sleep over a movie.

Surprisingly, and fortunately for me since I love movies, this same thought process has also helped me to regulate my intake when I do decide to watch a movie. That is, I haven’t had to give up movies for the sake of my goals.

Speaking of getting my son’s lunch ready for school, time for me to wrap up today’s blog. I plan to pick this back up again next week because I have a few more suggestions regarding independent variables in your success equation.

Before going, here is a Tucson favorite Calexico playing a song off of their 2000 release Hot Rail. The woman singing French in the video isn’t actually a member of the band, she’s former Tucsonan Marianne Dissard (Où est Madame Dissard je me demande?), an artist in her own right who I’ll properly introduce you to in a future blog!

* m is also known as the “coefficient” on x (in this case food intake).

** Which is why the independent variable is often referred to as the “control” or “explanatory” variable.

*** Needless to say, I’m not offering weight loss advice in this blog.