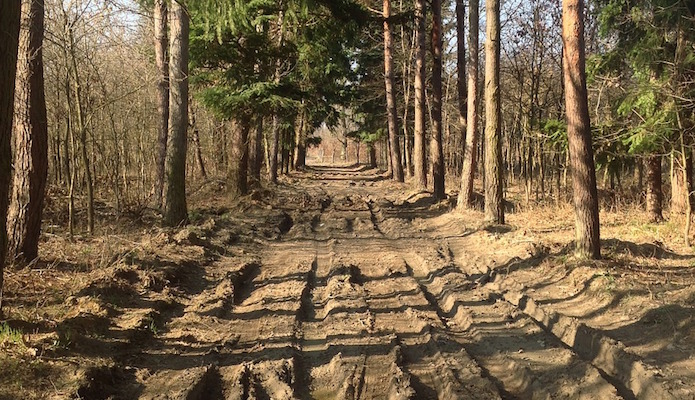 I started working for Evaero, a Tucson-based precision CNC machining business, in 2001.  When the commercial aerospace industry took a dreadful downturn after 9/11, I was unprepared and unqualified for the challenges thrown at us. Needless to say, I made many mistakes during this time but my single biggest mistake was not taking care of myself. Indeed, it didn’t take long for my daily participation in a work-eat-drink triathlon of my own making to have a deleterious impact on my health.

Destructive habits and behaviors have a way of becoming deeply attached. Once you find yourself in a cycle like this, it can be incredibly challenging to get back on the right track. Those who snap out of them seem to do so as a result of a pivotal, perhaps tragic or at a minimum, fear-inducing event.

Just a few weeks ago I spoke with someone who had spent many years unhappily and unhealthily working for an ethically challenged organization when a sibling committed suicide. Not wanting to suffer the same fate and wanting to spend more time with his family he found the strength to quit his job and start over again.

In my case, course correction didn’t come from an event, rather, it came as a result of a someone.

Within my group of mates I have the fortune of having a nemesis. He’s one of those kinds of guys who has managed to perfect the art of goading me into doing things I normally wouldn’t. One Thursday night, while having beers after work, he started busting my chops about my overall condition and taunting me about doing a triathlon in Sonoma, California. Although I politely declined and said my goodbyes, by the time I got home I had bought a bike and sent my friends a message that it was “on.”

During the four months that followed there were many occasions when I probably would have quit were it not for the fact that my nemesis managed to keep up the chatter. He even got his family into it by having them make a video that attempted to capture his awesomeness and my up and coming demise. It was all in good fun and as you can imagine, the extra effort made it impossible to imagine not seeing things through.

Reflecting on my time leading up to to the event I think there are three characteristics that are key to getting out of a rut and effecting change:

So how did it end? In an effort to accomplish all three goals, around the four-hour mark, I elected to use the bathroom. My friend, however, did not, and the time he saved was enough to make a difference. To this day, I remember his cheeky grin as I crossed the finish line just minutes behind him. Dammit. Note to self: Talk to therapist; could explain irrational dislike of port-a-potties.

B.B. King died a couple weeks ago so it seems appropriate to leave you with one of his signature songs. Although I haven’t listened to all of his albums, my favorite to date is Live at the Regal which has to be one of the best blues albums ever recorded. I wasn’t able to find a video clip from that concert so I found one taken from a concert that he and other artists including Joan Baez gave at New York’s Sing Sing prison.