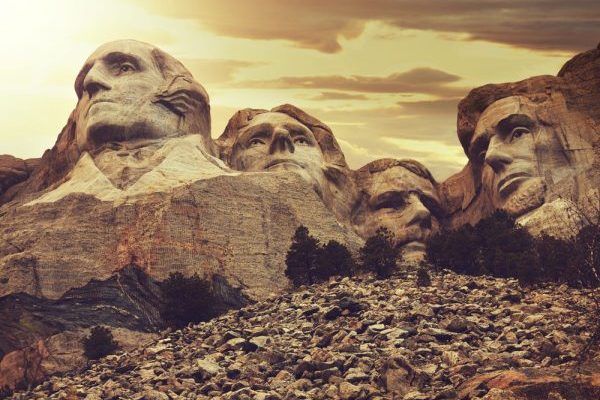 Freedom makes a huge requirement of every human being. With freedom comes responsibility. For the person who is unwilling to grow up, the person who does not want to carry his own weight, this is a frightening prospect. ~ Eleanor Roosevelt

April 30th marked the end of Passover (Pesach), the yearly Jewish celebration of freedom from slavery in Egypt over 3000 years ago. One of the reasons I look forward to Passover is because it serves as a reminder to not take our freedoms for granted. As noted by Rabbi Levi Brackman:

The true beauty of any object or idea can be appreciated only when it is compared to an inferior object or idea. By comparing freedom and slavery on the Seder night each Passover, the Jewish people become reenergized about the concept of freedom.

A recent dinner with the CEO of a French company caused me to reflect on Rabbi Brackman’s words and in turn reminded me of how important it is I don’t take the freedom I have as a small business owner in America for granted.

If you have been  following this blog, you know I’ve been trying to learn how to speak French (read my language learning tips) and, as a result, I occasionally find myself chatting with native French speakers online via Skype or Google. Having thus had a chance to talk to many young, bright, entrepreneurial, French citizens I’ve been surprised how few of them are imagining a future for themselves in France. Asked “why?” and they all say essentially the same thing: Few opportunities.

When I shared this story with the French CEO he wasn’t surprised and commented on how French regulations and taxes conspire to slow the creation of new jobs in France. Not only is the bar set high for established companies to hire employees  but, because it’s comparably harder to startup a business in France, there aren’t a lot of new jobs being created.

The data certainly support his views.

By plotting youth unemployment data from the OCDE, for example, the graphic below suggests how much more difficult it is for a young person to find employment in France than in the USA. The difference is truly staggering.

Degree of Difficulty in Doing Business

Consider also data published by the World Bank that serves as an “ease of doing business” ranking, where countries that receive a high ranking (a low numerical rank) have regulatory environments that are conducive to doing business. By plotting data that compares France to the USA it’s apparent that an entrepreneur in France is going to be forced to contend with a regulatory framework that isn’t as business friendly as it is here in America.

Regarding the data further, with New Zealand bookended by a benevolent dictatorship in the number one spot and a Bernie Sanders utopia* in the number three spot, the top three countries in the World Bank’s ease of doing business index wouldn’t seem to have much in common; in fact, you may be surprised to learn that what they do have in common are low tariffs and low corporate tax rates.

The data above don’t in fact tell the entire story. While I think it’s safe to say that American businesses benefit from a regulatory framework that is “business friendly,” it’s not entirely clear its citizens do. For example, as plotted below, life expectancy data suggest that it’s the French who are having the last laugh.  (With a cigarette in one hand and glass of wine in the other, I might add**. Damn it!)

Dig a little deeper and it’s clear the sentiment among many Americans is that they are far from getting a “square deal.” As noted by columnist David Brooks in a recent New York Times editorial:

According to a Pew Research poll, 75 percent of Trump voters say that life has gotten worse for people like them over the last half century. This declinism intertwines with other horrible social statistics. The suicide rate has surged to a 30-year high — a sure sign of rampant social isolation. A record number of Americans believe the American dream is out of reach. And for millennials, social trust is at historic lows.

For those who argue that the free market system leaves little room to worry about matters such as this, I would remind them it was the father of that system, Adam Smith, who encouraged each of us to:

Endeavor as much as he can to put himself in the situation of the other, and to bring home to himself every little circumstance of distress which can possibly occur to the sufferer.

Further, I would argue that as long as we do this, as long as we, as stated by Brooks, continue “meeting the neighbors who have become strangers, and listening to what they have to say” we’ll be more likely to assure that free markets work in conjunction with democracy to support life, liberty, and the pursuit of happiness. Indeed, in not focusing on winning at all times and at all costs, as I recall hearing the great Israeli author Amos Oz say in a different context, we afford ourselves a Chekhovian ending rather than a Shakespearean one — in the former everyone gets to live, in the latter there are just bodies strewn about.

It’s for this reason that, as Trump has his “gruesome moment,” with the passing of Pesach, I’m reminded that with freedom comes responsibility. A responsibility to strengthen free markets with morality and virtue and heed Republican President Roosevelt’s request:

All I ask is a square deal for every man. Give him a fair chance. Do not let him wrong anyone, and do not let him be wronged.

For those of you who find this responsibility a frightening prospect, I’d encourage you to become reenergized about the concept of freedom by considering the alternatives. I think you’ll agree history serves up no shortage of gruesome moments for the purpose of such a comparison.

A good place to stop. Before checking out though, now with a cigarette in one hand and a glass of wine in the other, I wanted to add to our expanding music list by introducing you to the Tel Aviv based band Lucille Crew by way of their song “Big City” off of their fantastic 2015 album “Lucille.” Funk, jazz, hip-hop, middle eastern rhythms…the Roosevelts would have agreed…truly epic.

Special thanks to James Spezeski for the help with the reporting and data analysis.

*Although the Danes have been appreciative of the attention from Bernie Sanders, Danish leaders are now having to take extra steps to make sure there aren’t any misconceptions. As reported by CNN, speaking at Harvard’s Kennedy School of Government, Danish Prime Minister Lars Lokke Rasmussen went out of his way to say: “I would like to make one thing clear Denmark is far from a socialist planned economy. Denmark is a market economy.”

**On smoking and drinking: