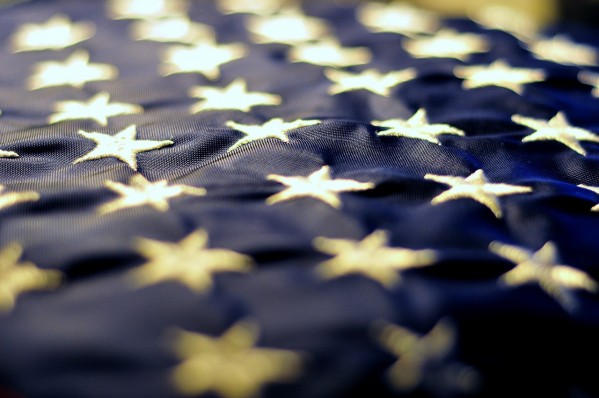 It’s a new election cycle, in between photo ops at manufacturing plants, the topic of “saving American manufacturing jobs” has crept back into the public discourse.

Accordingly, another swath of America is swept up in the narrative that

The plot below charts the output of the American manufacturing sector as a function of time (source). You’ll see that, in fact, over the last 25 years, domestic manufacturing output has increased. While it is true that entire industries have been negatively affected by global trade (e.g., textile, electronics, etc.) to say that America doesn’t make anything anymore is simply not true.

For some context, look no further than Evaero. As those of you who have followed this blog know, Evaero supports the aerospace industry with complex CNC machined products. What you may not know is that the parts we make today are totally different than those we made 30 years ago.

For example, we used to have a workcell of 4 inexpensive machines that machined heat sinks for use in electrical assemblies. The tolerances were wide open and all we had to do was machine some holes and deburr the parts. Over time, we’d lose all that work (gradually at first and then all of a sudden) to Asian companies but have since replaced it with much more complicated work.

Global Trade and the Net Result in Jobs

The chart below compares total non-farm payrolls to manufacturing jobs (source here and here). What should be immediately evident is that non-farm payrolls have been on a steady climb over the last 25 years. Reviewing the source data over a sixty year period, total non-farm payrolls have increased fourfold while, during the same period (1939-1999) the population of the U.S. has only doubled (source). Although one cannot say that global trade is behind the steady increase one can say that in net, global trade hasn’t resulted in a reduction in the total number jobs.

For context, again, no need to look any further than Evaero. We just completed a proposal for a part we make for a defense program. This is a part we’ve made for a long time, and 10 years ago charged $250. Now, we charge close to $100.

Many factors have contributed to the productivity improvements that have in turn allowed us to reduce the part price, automation having played the largest role. For example, as a result of an investment in new technology, today we only need two to three people to handwork (i.e., deburr) these parts while 10 years ago we needed six.

While I agree there are many goods that are no longer manufactured here, in fact, plenty of goods still have the “Made in the USA” logo on them. Furthermore, while it is true that fewer people are needed to make these goods, to say that global trade is responsible for this change is to ignore the transformative impact new technology is having on manufacturing processes and systems.

Before signing out for the week, in a nod to the benefits of globalization, I wanted to leave you with a song by the French folk-rock quartet Louise Attaque, J’t’emmène au Vent (I take you to the Wind). It’s off their 1997 self-titled album which was produced by Gordon Gano of the Milwaukee group the Violent Femmes (the song can also be heard on the group’s best-of compilation Du Monde Tout Autour).

Fans…it may be time to forgive Gano for selling the rights to his song Blister in the Sun to Wendy’s.

* Special thanks to James Spezeski for helping with the reporting.
** The increasing value (or value add) of the goods we make also has an impact.