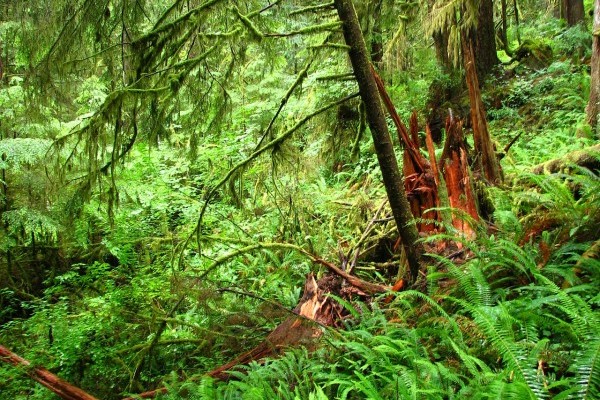 This last Sunday my family and I participated in The All Souls Procession, one of Tucson’s coolest events. Started 26 years ago as a way for people to publicly grieve and celebrate the dead in an artistic way, the event draws over 150,000 people to Tucson’s downtown as participants make their way along a two-mile-long route that ends in the ceremonial burning of a large urn filled with notes from the living.

Surrounded by costumes, painted faces, paper mache puppets, music, and photos honoring the dead, the thing I like most about the event is its all-inclusive nature.

From the beginning, it was different people’s ethnic groups, different cultures, but also it was all these different art forms put together.
– Local artist Susan Kay Johnson on the event’s webpage.

I thought about my friend, Greg Dougherty, who had passed away after losing his battle with cancer. Greg was an accomplished CPA, a loving father, and an all around great guy who continued to try and help others even in his last days when he was on a mission to educate about being an advocate for your own health.

Needless to say, during Greg’s tenure as Evaero’s CPA I learned many things from him that continue to help me immensely. There is, however, one lesson in particular, a lesson I didn’t learn until just before he died, that has been the most important to me in business and I thought I’d share it with you today.

If you knew me personally you’d know that, with a few exceptions, I live a modest life. My wife, son, and I share a small nondescript three-bedroom home in a non-gated middle-class neighborhood known for its display of Christmas lights. My 2003 Subaru, the same car I’ve been driving for the last 12 years, is parked out front.

As a young kid, though, I often dreamt of things that were beyond our family’s reach.

One of the first contracts my parents received when they were starting out, was an IBM project that had us putting together many thousands of gear assemblies. Part of the process involved a simple machining operation that, because my parents didn’t have money for expensive automated equipment, relied on a number of manual drill presses purchased from the Tanque Verde Swap Meet to drill, bore, and ream holes into the shafts of small electrical motors.

Consequently, from a very early age, I would spend hundreds of hours after school and over weekends working the presses and contending with the excruciating boredom inherent in simple, repetitive, manufacturing operations.

Suffice it to say, Don Quixote had windmills – I had drill presses.

One of the ways I stayed motivated was to look at pictures of cars I had taped up on the wall behind the manufacturing line. Even though I wasn’t paid much, I couldn’t help but think…one of these days!  Which is why many years later, I got very excited when I was able to buy a 1978 Porsche 911 SC for very little money.

As a result of a very expensive speeding ticket that almost cost me my driver’s license, I had decided to sell my motorcycle and look for something fun to drive at slower speeds. Coincidentally, that very week, I ran into someone who wanted to sell their old Porsche for close to what I sold my motorcycle for. And so it was, that 25 years after working on those gear assemblies, I would drive home in a car I had only been able to dream about as a kid.

That short drive home would mark the last time the car would run for over a year.

Shortly after making the purchase, a friend advised me that a Porsche costs $25,000 regardless of how much you pay for it. He wasn’t far off the mark as it seemed like everything that could possibly go wrong with a car needed my attention.

One repair would lead to the next and, to make matters worse, none of the parts were cheap. Indeed, although I’ve repressed most of the parts bills from my memory (my wife, of course, can itemize each one) I still remember a replacement distributor costing around $1200. Totally crazy.  Right about the time I got the car sorted out (with some help) my son was born and, as a result, it was clear I needed to sell the car before anything else went awry.

So what does all this have to do with Greg and the lesson?

During what turned out to be my last conversation with Greg, I learned he too had always loved 911s. I left him the keys to my Porsche and told him to simply give me a call when he was done with it.

Months later, I’d make arrangements with Greg’s wife to pick the car up and she told me how incredibly happy the car had made him during the time he drove it around town. That was when I realized one can never know what the consequences of misfortune or fortune will be.

That’s what Alan Watts, quoted above, was getting at when he recounted the parable of the Chinese Farmer (HT Brain Pickings and Open Culture):

Once upon a time there was a Chinese Farmer who lost a horse that ran away. And all the neighbors came around that evening and said “That’s too bad.” And he said, “Maybe.”

The next day the horse came back and brought seven wild horses with it. And all the neighbors came around and said, “Why that’s great, isn’t it?” And he said, “Maybe.”

The next day his son was attempting to tame one of those horses and was thrown and broke his leg. And all the neighbors came around and said, “Well that’s too bad, isn’t it?” And the farmer said, “Maybe.”

And the next day the conscription officers came around looking for people for the army and they rejected his son because he had a broken leg. And all the neighbors came around in the evening and said, “Isn’t that wonderful?” And he said, “Maybe.”

Running a business is just like this and as such, I don’t spend much time thinking in terms of gains or losses.

We just got a contract. Isn’t that wonderful? Maybe.

Example: Last year we were awarded a contract for an incredibly complex CNC machined titanium part but, having grossly underestimated the amount of money it would cost to bring online, the part has caused us significant financial strain.

Our bank just cut our line of credit. Isn’t that terrible? Maybe.

Example: In the middle of the last recession, while our bank was being supported by the Federal Government, they cut our line of credit.  We worked hard to establish a relationship with a more locally minded bank and, as a result of consolidating all of our loans, saved thousands of dollars a month in expenses.

Funny thing, years later on a business trip to Healdsburg, California, I’m almost positive I spotted my old Porsche parked in the main square. I wasn’t able to stay and figure out if in fact, it was mine, although, had I met the owner, I would have loved to have shared my story about the car, Greg, and the lessons learned.

Before I check out for the week, here is Alan Watts in his own words telling the story of the Chinese Farmer.

The Story of the Chinese Farmer from Sustainable Human on Vimeo.