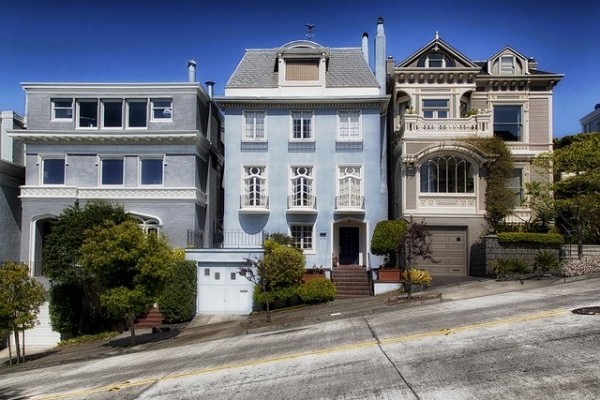 My wife, son, and I share a small nondescript three-bedroom home in a middle class historic neighborhood known for it’s display of Christmas lights. Lately, I’ve noticed homes in my neighborhood being gutted and updated and it gave me reason to explore if this is indicative of a trend I should be aware of.

The results of my research were rather interesting. Gathering data from the US census, and Federal Reserve Bank of St. Louis here, and here, here is what I learned.

What the Data Show

The top frame of the plot below shows changes to (new) home sale prices and (nominal) household incomes; the bottom frame takes the ratio of these two numbers and plots alongside home ownership rates. The vertical shaded gray regions define the boundaries of recessionary periods that in turn correspond to the years noted on the x-axis.

Looking at homeownership rates (the orange line) you can see that after the big runup to the last recession ownership rates have now dropped below their 50 year historical average of 65 percent.

More interesting to me though, is how the ratio of home prices to household income has changed over time (the green). From 1987, the ratio was remarkably steady until 2001 when, as a result of large increases in home prices, the ratio increased 25 percent over a six year period until the economy augured in and there was a massive correction to the housing market.

Since the end of the recession however the ratio between home prices and household incomes has once again been on a very steep climb and today sits even higher than it did before the recession.

What Does it Mean?

A sign of another housing bubble*? With housing markets usually being very local in nature, I’m doubtful one definitive answer exists to this question. That said, if one wanted to use macroeconomic data to allay concerns, it may be helpful to recognize that housing starts are well below their long term average (see plot below, data from here) and, as evidenced by the lower ownership rates (despite low interest rates), it’s harder to get a home loan than it used to be.

Of course, if you happen to live in an area where the supply of homes is being constrained by restrictive building ordinances and you’re shopping for a new home you’ll need to seek solace elsewhere.

Returning to the question at hand regarding my neighborhood, in reviewing the data above, it’s likely folks are buying up old homes and renovating them because, all things considered (e.g., location, space, having me as a neighbor, etc.), they are a good value when compared to a new home. Of course, these things being local, it could just as easily be because they want to participate in my neighborhood’s “Festival of Lights.”

On my drive to work I found out that Israel Nash has a new album out. Haven’t listened to it yet but it reminded me of Nash’s song Rain Plans which was on his excellent 2014 album of the same name. I’ve added it to my Spotify playlist or you can enjoy it in the video below.

*It goes without saying that none of this should be construed as “financial advice.”