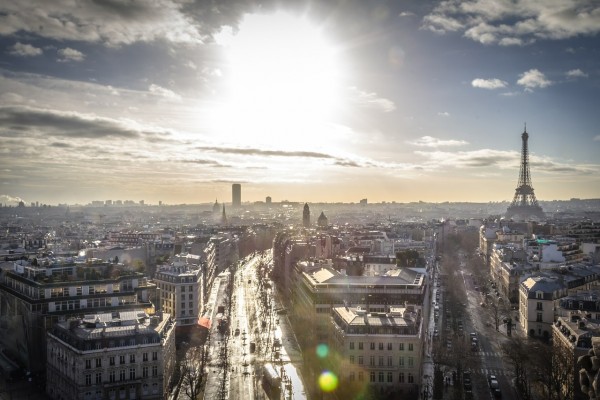 ‘The men where you live,’ said the little prince, ‘raise five thousand roses in the same garden–and they do not find in it what they are looking for.’
‘They don’t find it,’ I replied.
‘And yet what they are looking for could be found in one single rose, or a little water.’
‘Yes that is true,’ I said.
And the little prince added: ‘But the eyes are blind. One must look with the heart…’
– Antoine St. Exupéry

Last week, I wrote about the joy in learning another language. Today I was planning on recommending some resources to hopefully make the learning process easier (I’ll also give you my opinion about Rosetta Stone) but as a result of some feedback, I’ll first address how to choose a language to learn.

If you’re looking for some practical, data-driven advice, Mike Cisneros does a really nice job answering the question of what the optimal second language to study is. Cisneros echoes Nicholas Kristof’s 2010 New York Times op-ed:

In a nutshell, if you already speak English, Spanish is the optimal language to learn, by a sizeable margin, followed by French and German. Both pieces are worth a read; especially, if you have kids.

To give you some ideas, let me tell you what motivates me to learn French.

Aside from the obvious things like a love for cooking, food, wine, and movies, as I mentioned last week, I have some books I want to read in their original French. One of the books was penned by Antoine St. Exupéry who is quoted on the home page of this website and also at the top of this article.

In her review, Nicole Nelson said of The Little Prince, “it’s one thing to tell what happens and another to explain what it is about.” Written by the French writer, poet, and aviator Antoine St. Exupéry while he was in New York trying to convince America to join the war against Nazi Germany it’s a book that encourages you to:

Keep the hope and faith that allows children to be fascinated by the world and to find joy in the smallest things, like shapes in the clouds or the comfort of a loved toy.

Keep the ability to love, forgive, and befriend that comes to children so naturally.

Spend time on the things that matter; look outside yourself, be brave and seek to understand and experience all the beauties this world has to offer, work hard to contribute to world around you, and develop relationships built on trust and sacrifice. (also from Nelson’s review).

My hope is that in reading it in French, I’ll do a better job of reminding myself of these things – For myself, my family, my friends and colleagues.

To balance this book out, the other I’d like to read in its original French is an essay by the political economist who Joseph Schumpeter called the “most brilliant economic journalist who ever lived” Frédéric Bastiat. Titled Ce Qu’on Voit et Ce Qu’on Ne Voit Pas (English translation here), it’s an essay that through the “parable of the broken window” highlights the distinction between the well-intentioned effects of government regulation and their delayed invisible consequences:

In the economic sphere an act, a habit, an institution, a law produces not only one effect, but a series of effects. Of these effects, the first alone is immediate; it appears simultaneously with its cause; it is seen. The other effects emerge only subsequently; they are not seen; we are fortunate if we foresee them.

There is only one difference between a bad economist and a good one: the bad economist confines himself to the visible effect; the good economist takes into account both the effect that can be seen and those effects that must be foreseen.

Yet this difference is tremendous; for it almost always happens that when the immediate consequence is favorable, the later consequences are disastrous, and vice versa. Whence it follows that the bad economist pursues a small present good that will be followed by a great evil to come, while the good economist pursues a great good to come, at the risk of a small present evil.

As someone who runs a small American manufacturing company that specializes in the CNC machining of complex aerospace parts it’s apparent to me that Bastiat’s words are just as true today as they were in 1850 when he penned the essay.

Incidentally, just before his death Bastiat wrote the following in a letter to a friend:

If you’d rather not read (or re-read) all three, if one swaps out a couple words in this line you pretty much summarize our quality policy statement:

As noted above, next week I’ll recommend some online tools to help learn a language…which gives you a week to pick one!

Until then, I wanted to leave you with the trailer for the movie version of The Little Prince by the American director Mark Osborne. Already released in France it should be released some time this year and I’m totally pumped.