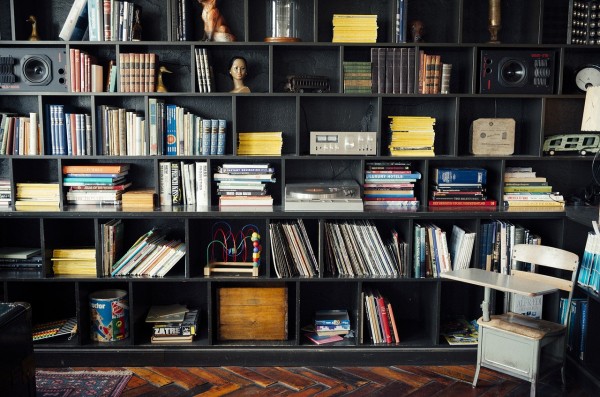 There is no shortage of good days. It is good lives that are hard to come by. – Annie Dillard

Back in July, I decided to take what has turned out to be a long detour and write some articles about travel. It has been a lot of fun and I’ve certainly appreciated all the emails I’ve received along the way. I’d like to wrap up the series this week and next with learning another language. Today will be an overview and next week I’ll offer some specific recommendations.

Previously, I mentioned how two years ago, after hurting my back on a long run, I started using my new-found early morning time for reading, writing, and learning something new. Having a couple of languages under my belt, I thought I’d learn to speak French.

I’m convinced the best way to learn a language is the way my father did when he arrived in America as an immigrant many years ago – total immersion. From the moment he stepped off the boat, he immersed himself in American culture and practiced English whenever and wherever he could.

Once he was able to get by with the basics, he enrolled in a language course to elucidate the grammatical particularities of the English language. Beyond that and what he picked up while working, he read the Star-Ledger and listened to English programming on the radio and TV (unfortunately for his kids, he was a Lawrence Welk fan).

Although new technology has made it easier to have an immersive language experience without packing your bags (next week I’ll give you some specific recommendations in this regard) the one thing technology cannot do is maintain your will to do the work.

Regardless of how one decides to go about learning a language, a great deal of time and effort are required to reach basic fluency. As such, when things get difficult or progress seems slow you’re going to need to draw on something other than a desire to impress someone to keep at it.

In my father’s case, his desire sprung out of the economic necessity of an immigrant wanting a better life. When he hit the inevitable rough patches and plateaus, knowing that it helped to put food on the table made it a little easier to find the resolve to carry on.

In my case, other than wanting to read a couple of books in their original language, I didn’t have any goals in mind. That is, there was no Everest I wanted to climb. I simply wanted to enjoy the process of learning.

Which brings me to my three tips for learning a foreign language.

I’ve written before on how goals can be limiting rather than motivating. Whether we’re talking about math, programming, music or a foreign language, setting language learning goals might suck the joy out of the process. If instead, you focus on being present for the journey of learning, you will be more easily pleased with whatever progress you’re making. It’s in that joy and happiness you’ll find the will to carry on during the difficult spells, or return to the practice after taking some time off.

As noted previously, unless I’m on travel, it’s rare that I miss my now six-year old son’s morning greeting. If you’ve ever been around children you know that each day their eyes open with wonder and excitement. In addition to topping me off with joy it serves as a daily reminder that I get to choose how I’m going to face my day: With joy and wonder, or as a jilted grump.

The fact is: We all get to choose.

Listen, I understand more than most how easily a mountain of tasks, responsibilities, goals, obligations, issues and burdens can suck the joy out of your life. But as noted by Annie Dillard (hat tip Maria Popova) in The Writing Life:

How we spend our days is, of course, how we spend our lives. What we do with this hour, and that one, is what we are doing. A schedule defends from chaos and whim. It is a net for catching days. It is a scaffolding on which a worker can stand and labor with both hands at sections of time. A schedule is a mock-up of reason and order—willed, faked, and so brought into being; it is a peace and a haven set into the wreck of time; it is a lifeboat on which you find yourself, decades later, still living. Each day is the same, so you remember the series afterward as a blurred and powerful pattern.

So if you’re having a hard time being present for how you’re spending your days, ditch the yoga classes and allow yourself the pleasure of learning something for no other reason than just because you want to. It’s a great place to start and languages are a great place to start your (presence) practice because, as I’ll show you next week, it’s something you can do anywhere on your own schedule.

Take it bird by bird

When I started writing this blog, my friend Lisa gave me a book by Anne Lamott called Bird by Bird: Some Instructions on Writing and Life. It’s a great book even if you don’t have a desire to write. Ms. Lamott describes some advice her father gave to her older brother as he was trying to write a report:

Thirty years ago my older brother, who was ten years old at the time, was trying to get a report written on birds that he’d had three months to write, which was due the next day. We were out at our family cabin in Bolinas, and he was at the kitchen table close to tears, surrounded by binder paper and pencils and unopened books about birds, immobilized by the hugeness of the task ahead. Then my father sat down beside him put his arm around my brother’s shoulder, and said, “Bird by bird, buddy. Just take it bird by bird.

Learning a language is like this and the best way to learn a language is to ignore the hugeness of the task ahead and simply take it oiseau by pájaro.

While John Steinbeck was writing one of the greatest books ever written, he kept a journal that was later published and titled Working Days: The Journals of the Grapes of Wrath. It reportedly was to be made available to his two sons (and the public) after his death so they could “look behind the myth and hearsay and flattery and slander a disappeared man becomes and to know to some extent what manner of a man their father was.”

I’ll get the book done if I just set one day’s work in front of the last day’s work. That’s the way it comes out. And that’s the only way it does.

With all the charlatans who make their living selling get quick schemes it’s easy to forget that, to quote Maria Popova, “the sole substance of genius is the daily act of showing up.”

If you want to be successful at learning a language you need to show up. Even if you can only get five minutes in it really is better than nothing since it will quickly become the last day’s work.

As many of of you know, since 2001, I have managed Evaero, a small American manufacturing company that specializes in the CNC machining of aerospace parts, through countless struggles. Having had the pleasure to meet many people over the years who are more successful than I, it’s clear I’m far from an expert at running a business. That said, were I asked to look back on my time here and come up with any recommendations to running a company without losing your soul, on reflection, my list would in fact be quite short:

favor presence over productivity, take it bird by bird, and show up daily.

Until next week, a long overdue music recommendation (click here for my Spotify playlist). Thinking of getting lost in my mind while learning something new reminded me of this song from The Head and the Heart. Hope you like it.