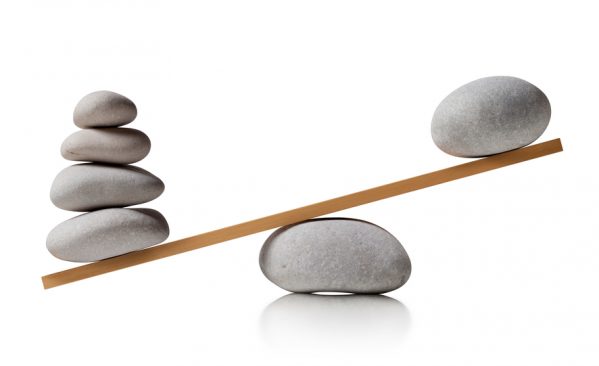 I recently declined an invitation to attend a conference in favor of saving money to fix our factory roof. It was a reminder of how different life in a small business is than a large company. It may be difficult to fully appreciate until you’re responsible for making payroll, but one of the greatest differences comes in the form of regulations. Simply put, the costs associated with regulations are much more difficult to absorb in a small business than in a large business.

A recent report, The Cost of Federal Regulation to the U.S. Economy, Manufacturing, and Small Business” written by W. Mark Crain and Nicole V. Crain for the National Association of Manufacturers, highlights the disproportionate burden federal regulations put on smaller manufacturers (h/t J.W. Kennedy at NJMEP).

Here for example (in 2014 dollars) are how regulatory compliance costs per employee per year for manufacturers in 2012 vary given the size of the organization:

The differences in the data plotted above, as noted by the authors, are easy to understand when you realize much of the cost associated with regulatory compliance is fixed. In other words, a company like Evaero, with fewer than 50 employees incurs approximately the same expense as a company with more than 100 employees. The outcome, of course, is that in a larger company these compliance costs can be spread out over more sales resulting in lower costs per sale as the size of the company increases.

Here is a simple example unique to our industry.

Because our company manufactures defense components, among the guidelines we have to pay attention to are International Traffic in Arms Regulations (ITAR). One of the primary intentions behind ITAR is to ensure American taxpayers aren’t inadvertently funding weapons programs in countries that don’t have American interests at heart.

For those of you who are skeptical this sort of activity actually happens, consider the very recent case of Dmitry Ustinov who, as documented in the Export Compliance Journal, smuggled night vision technology to Russia by forming fake companies, creating offshore accounts, and hiding night vision equipment in chopped up car parts. Now, it’s quite possible Ustinov simply wanted to get a leg up during the next Siberian bear hunt but this is an example of the type of activity that would constitute a violation of ITAR.

We specialize in the CNC machining of complex and mission critical components, and in order to be able to receive technical data from our defense customers we are (among other things) required to register with U.S. State Department and pay an annual fee. There is a sliding fee scale however, there isn’t much difference between the $2,250 smaller companies pay (for those companies who comply, anyway) and what larger companies pay. Fees such as this obviously have a greater impact on a small business.

To be clear, in common with the authors of the report, I make no claims as to whether regulation is good or bad, desirable or undesirable. Rather, I simply want to point out regulations impact small businesses more than they do large businesses and encourage you to think about what the larger implications are for our economy and government.

On that note, I wanted to leave you with a clip of Anne Akiko Meyers playing Bach Air, Suite Number 3 with the fantastic Anton Nel on piano (have added to our Manufacturing Peace of Mind™ playlist). I was reminded of the clip while writing my article about the memories in stories because in the video Meyers tells us about her Vieuxtemps Guarneri violin which, according to NPR, recently became the most expensive violin in the world.

Named for the virtuoso and composer Henri Vieuxtemps who “loved it so much he wanted to be buried with it” the violin was passed down for over 200 years and played by some of the best violinists in the world until it was put under the bed of its previous owner, where it has been hiding (from regulators) for the last 50 years.

The violin’s new owner who paid $16 million for it was kind enough to set it free and anonymously donated it to Meyers, on loan for the rest of her life.

How cool is that?

Having now heard Meyers play Bach Air on the violin, I can honestly say I would have done the same thing – after paying for a new roof that is.

If you want to hear more, you can listen to Meyers (and violin) on her fantastic Vivaldi album – the perfect accompaniment to one of Italy’s other great composers, Fabio Taglioni.