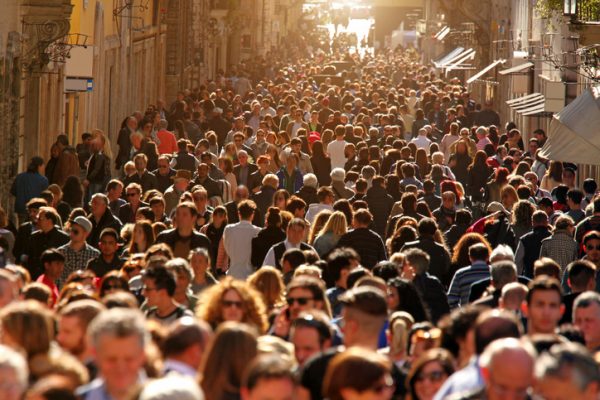 Last week, in preface to talking about morning routines, I argued that “I’m so busy” isn’t a good answer to “How are you?” Many of you shared your morning routines in response, but I also received quite a few emails lamenting the seemingly unnecessary state of busyness in the world.

Which got me wondering, what is going on?

A year ago, as a result of my post on fake news and democracy, I had the opportunity to meet the founder of 1000 Mothers to Prevent Violence, Lorrain Franklin-Taylor, for coffee in Oakland, California. Lorrain felt called to start 1000 Mothers after she tragically lost both her 22-year old twin sons, Albade and Obadiah Taylor, to gun violence while they were working on their car in Oakland. Today, 1000 Mothers supports many Bay Area residents who have been impacted by violence and provides advocacy for violence prevention strategies within their communities.

As we settled in for coffee on a very rainy Oakland day, Lorrain apologized for the delay in her last response and went on to describe how at the time she was trying to prevent the suicide of a father who was overcome with grief after losing his own son to a shooting. Speaking from personal experience, she then went on to describe some of the challenges families and communities subjected to violence face and how her organization was trying to fill that void.

I don’t recall her exact response to my asking “how are you doing?” but I couldn’t help but remember a comment made by Tim Kreider in a 2012 piece in the Times:

Notice it isn’t generally people pulling back-to-back shifts in the I.C.U. or commuting by bus to three minimum-wage jobs who tell you how busy they are; what those people are is not busy but tired. Exhausted. Dead on their feet.

Thinking back on occasions when I worked for and with people in other organizations this has certainly been the case. For example, at the university, it’s not the groundskeepers, secretaries, or professors talking about their burdens, rather, as noted by Kreider:

It’s almost always people whose lamented busyness is purely self-imposed…They’re busy because of their own ambition or drive or anxiety, because they’re addicted to busyness and dread what they might have to face in its absence.

This brings to mind a piece written by David Graeber in Evonomics titled “Why Capitalism Creates Pointless Jobs,” as stated by Kreider, it’s hard not to wonder:

Whether all this histrionic exhaustion isn’t a way of covering up the fact that most of what we do doesn’t matter.

Indeed, it would seem there is no better cure to the recognition that one may have what Graeber refers to as a “bullshit job” than a day filled to the brim with busyness.

I’m keenly aware of this because, if we’re being honest with each other, if anyone in my own business has what could most easily approximate a bullshit job, it is I.

Here for example is a summary of my job according to the Society for Human Resource Management (SHRM):

The president is responsible for providing strategic leadership for the company by working with the Board and other management to establish long-range goals, strategies, plans and policies. (source)

Compare this with the summary provided by SHRM for a CNC machinist position and ask yourself which job would more easily be filled with BS:

My point here is not to diminish the value of what people in leadership positions do, rather, it’s to simply note that someone in my position could very easily fill up their entire day with meaningless tasks that really aren’t important to the overall success of the organization and its employees. Further, and perhaps more importantly, in filling up my day in this manner, my employees will likely be encouraged to do the same.

To those who would argue that if I did more of the things noted in the first job description above, that Evaero would be much more successful than it is, I’d be inclined to agree. That said, what I’ve become keenly aware of is that, in a small business, when you fill up your days with nonsense, your evenings and weekends are going to be spent doing the work that actually needs to get done.

So where does that leave me?

Like Kreider, having understood long ago the best use of the limited seconds I have on this planet is to spend it with people I love, in addition to trying to put in an honest day’s work, I go to great lengths to try and be intentional about my time. This doesn’t mean I get to avoid all the BS, it simply means I have a fighting chance to save my evenings and weekends for family, good friends, and faith.

Next week, in addition to sharing my morning routine, a routine I believe helps me be more intentional about my day, I’ll pass along some insightful comments from other readers.

Until then, I wanted to leave you Lorrain Franklin-Taylor singing her gospel song “Take a Stand.” If you’re moved by the music, her story, or her calling, consider donating some money to 1000 Mothers. She is truly a saint with a day job.