Part Four in my series on improving your odds for success. 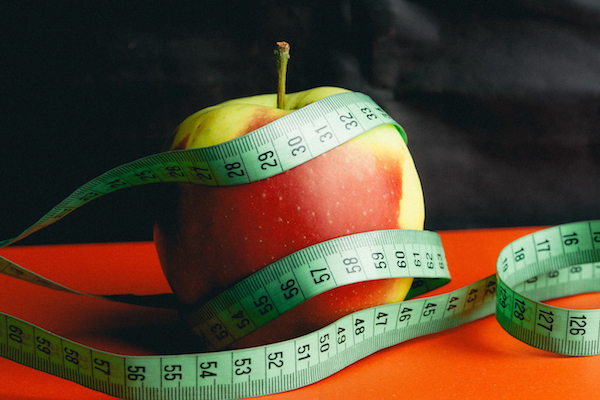 To catch you up, I’ve written on making the shift from a wish-driven strategy to a work-driven strategy, recommended resources to help you; and three things to avoid.

Today I want to talk about measuring success.

If you work for corporate America you’ve probably heard some variant of the following:

Those of you doing the work in your organization know there are plenty of things wrong with this statement. Indeed, if you’ve had the misfortune to spend any amount of time working for someone who believes in this you’ve probably also spent a fair amount of your professional life buried under piles of misery.

I’ll discuss metrics from an organizational standpoint in a future blog. But today, I’d like to focus on personal goals (which will in turn help you avoid carrying poorly thought-out business practices into your personal life).

Measure one and only one thing and make sure it really matters.

As is evident from this $500 triathlon watch which outputs a slew of “metrics that matter,” the amount of information one can measure these days is truly staggering. When it comes to effecting personal change though, you’ll be better served measuring only one thing and making sure it in fact really matters to your goal.

When asked for tips to be a better comedian, Jerry Seinfeld is reported to have said:

So what do you think Seinfeld measures? How about whether or not he wrote on a particular day?

If you have to put a lot of work into gathering and assembling your data, I’d recommend changing what you’re measuring because when life throws you off balance, regardless of how interesting or relevant your data are, simple & easy always wins out over complicated.

Jerry Seinfeld passed along the following advice to a comic wanting to become a better comic (source):

He told me to get a big wall calendar that has a whole year on one page and hang it on a prominent wall. The next step was to get a big red magic marker. He said for each day that I do my task of writing, I get to put a big red X over that day.

“After a few days you’ll have a chain. Just keep at it and the chain will grow longer every day. You’ll like seeing that chain, especially when you get a few weeks under your belt. Your only job next is to not break the chain.”

A calendar and a marker….doesn’t get much simpler than that. I like it.

Focus on the right outcome.

In analyzing the data you’re measuring, it’s important to recognize that more often than not the dependent variable (i.e., the outcome we care about) in your “success equation” will not in fact be the top level goal you’re ultimately working towards. For example, in the Seinfeld example above, the dependent variable is “creating better jokes” not the top level goal of “being a better comedian.”

This is a more manageable task for those of us trying to effect positive change in our lives because it gives us permission to direct our immediate attention away from the top level goal which might feel overwhelming and instead focus on what causes or limits success which brings us back to a work-driven strategy (vs. a wish-driven one).

This change in perspective results in these three things:

Take for example someone who has chosen to lose weight in the New Year by reducing/eliminating carbohydrates in their diet. More often than not success in this case will be measured using a scale. And what might be a typical result?

[Note: If I’ve just described how your New Year’s resolution is going, don’t beat yourself up. If someone as successful, wealthy, and awesome as Oprah is asking us to “join her” in Weight Watchers we mere mortals can be forgiven for deviating from our unrealistic plans. What we cannot be forgiven for is planning to do the same thing next year and expecting different results.]

So, how might someone who wants to effect positive change approach this differently?

This blog is already longer than I had planned so I’ll save my answer to this question for next week. I will however answer the question of how my own New Year’s resolution to get the Adele song “Hello” out of my head is going. I was doing just fine until I watched the following video of Adele in a “Carpool Karaoke” session with comedian James Corden.

Pass me that second helping of BBQ and cornbread while I watch it again.