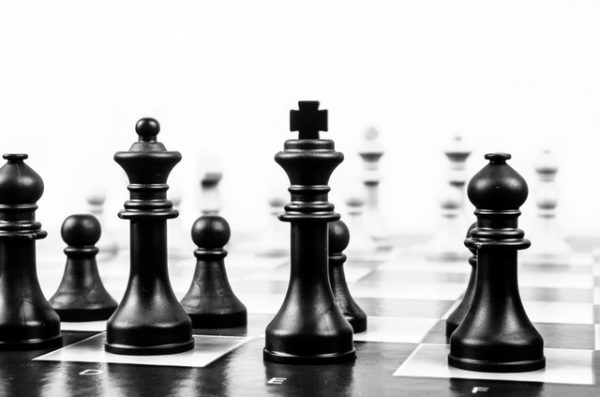 It takes twenty years to build a reputation and five minutes to ruin it. If you think about that, you’ll do things differently. ~ Warren Buffett

Prompted by our last few discussions concerning regulations, I was asked how I come to terms with competing against companies that don’t follow the rules. It’s a good question and, frankly, one I’ve wrestled with for some time. I’ll answer this question next week and set the stage this week by sharing with you a few ways companies like Evaero can find themselves at a competitive disadvantage when competing against folks who aren’t following the rules.

We recently lost a job that required working significant overtime hours in order to make our customer’s desired delivery requirements. When looking into why we lost the order, I learned our pricing was high by an amount that happened to be equivalent to the amount I had to charge to cover overtime expenses. I realize there could have been many reasons for the difference, however I found out later, the company we lost to has a more “nuanced” view of federal overtime laws than I do.

Clearly, if we’re paying overtime dollars and our competitors are not, it stands to reason we’re going to be at a competitive disadvantage.

In a previous article, I mentioned that because we manufacture defense components, we have to pay attention to ITAR, regulations that work to ensure American taxpayers aren’t inadvertently funding weapons programs in countries that don’t have American interests at heart. This means, in addition to registering with the U.S. Department of State, we are required to control the technical data associated with the parts we make.

This doesn’t preclude defense companies from having U.S. defense work done by non-U.S. citizens (really) however, for most smaller companies complying with laws, among other things, this usually means hiring U.S. citizens and doing business in the U.S.A. As such, if we’re competing against companies that employ non-U.S. citizens, because of how difficult it is to find people to work in our industry, it stands to reason we’ll be at a competitive disadvantage.

Next to labor laws, environmental laws represent the most costly regulations for manufacturing companies to adhere to (source). Indeed, ask anyone who has spent time time wading into them, environmental laws are a byzantine morass that require the (expensive) shoes of an expert to guide you to compliance.

We provide CNC machining services to the aerospace industry, and are therefore required to deal with a variety of alloys including those based on titanium, aluminum, steel, and magnesium. Where feasible, we have a robust metal recycling program. I say “feasible,” because, for example, federal guidelines require us to handle magnesium as a hazardous waste which is not easily recycled and cannot simply be discarded.

As anyone in industry knows, combine the word “waste” with “hazardous” and you’ve got some monumental bills waiting for you. You might see where I’m headed: If we’re competing against companies who either throw their hazardous waste in the trash or mix it with their other waste, we’ll be at a competitive disadvantage.

In light of the complexity of federal laws, it should be acknowledged it’s not exactly easy to know what is legal and what is not legal.

Consider a job like “manufacturing engineer” which, given that most engineers are not paid overtime, one would assume to be exempt from overtime laws. Depending on the situation though, and one’s interpretation of the laws, this may in fact not be correct *. Of course, if we are paying our manufacturing engineers overtime pay (which we do) and our competitors do not, it stands to reason we’ll be at a competitive disadvantage.

I make no claims as to whether these regulations are good or bad, desirable or undesirable. My intention here is to simply point out it can be challenging to do the right thing and make a profit at the same time. Indeed, often complying with the rules puts one at a competitive disadvantage when competing against folks who don’t.

So the question is, with countless examples of success being built on foundations of wrong doing, how do you come to terms with the fact that regardless of your industry, you’ll likely be competing against those who play by a different set of rules?

With this blog already running too long, I’ll save my answers for next week. Until then, how about some music for our Manufacturing Peace of Mind™ playlist?

Thinking about the complexity of regulations got me thinking about songwriters who successfully craft songs with (comparatively) complex lyrics. A few people come to mind but since I haven’t heard from her in awhile and I’m writing this article while in Venice Beach, I thought I’d leave you with a song by Fiona Apple that you may not have heard (also added to our Manufacturing Peace of Mind™ playlist).

Titled “Sullen Girl” the song’s lyrics do a good job capturing how I felt after trying to make sense of the new overtime rules and wondering what the unintended consequences ** of these regulations will be.

* Clearly I’m not offering legal advice. Indeed, in light of the complexity of the laws, this is definitely an area that warrants the attention of an attorney.

** Unintended consequences such as fewer opportunities for folks looking for work; especially, those competing for low-wage jobs.