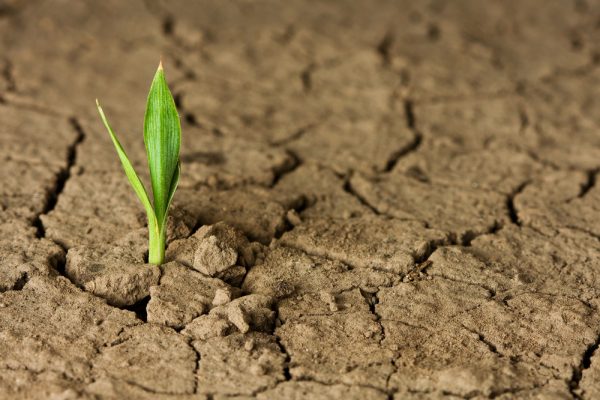 It matters not how strait the gate,
How charged with punishment the scroll,
I am the master of my fate:
I am the captain of my soul. ~ William Ernest Henley

Over the last few weeks we’ve been talking about regulations and how to react when you find your competitors aren’t following the rules. In case you haven’t been following, here are my recommendations so far:

Today,  I’ll close this thread out by reflecting on some wisdom offered in a speech given by U.S. Navy Admiral James Stockdale (h/t Aeon).

Stockdale’s speech outlines how the Stoic teachings of Epictetus were tested against the backdrop of life in a Vietnamese prison where, for over seven years, Stockdale endured torture, solitary confinement, and near death:

The key word for all of us at first was “fragility.” Each of us, before we were ever in shouting distance of another American, was made to “take the ropes.” That was a real shock to our systems – and, as with all shocks, its impact on our inner selves was a lot more impressive and lasting and important than to our limbs and torsos. These were the sessions where we were taken down to submission, and made to blurt out distasteful confessions of guilt and American complicity into antique tape recorders, and then to be put in what I call “cold soak,” a month or so of total isolation to “contemplate our crimes.”….When put into a regular cell block, hardly an American came out of that experience without responding something like this when first whispered to by a fellow prisoner next door: “You don’t want to talk to me; I am a traitor.” And because we were equally fragile, it seemed to catch on that we all replied something like this: “Listen, pal, there are no virgins in here.” – Courage Under Fire: Testing Epictetus’s Doctrines in a Laboratory of Human Behavior, 1993

Although Stockdale’s challenges were immeasurably greater than those faced by any of us in business*, his speech resonated with me because I know from experience that competitive markets have a way of forcing leaders to personally assume responsibility for misfortunes that are outside of one’s sphere of choice: a sudden contraction in sales; key employees leaving; the obsolescence of a business model due to a new technology; an employee having a horrible accident; a lawsuit; a key supplier going out of business; an employee stealing from you; an audit that uncovers wrongdoing…all are all examples of misfortunes business leaders may, despite the loftiest of ideals and the best of intentions, have to personally own.

Compared to most companies our size in our industry we (now) have a fairly decent Environmental, Safety, and Health Program. We didn’t used to, however, and I remember when I was first rolling out the program that our employees were angry (at me) for spending (possible bonus) money on a consultant to help us come into compliance with laws**. As we reached the end of the project, despite all of the new protocols we had put in place as part of our new program, one of our employees was involved in a horrible accident that crushed his arm.

Paraphrasing Stockdale’s speech, I can tell you that waiting in that emergency room by myself, no amount of “laid-back pop psychology theory of cause and effect” was going to erase the pangs of conscience that day. Indeed, writing about it today still brings back the feelings of dread I felt wondering if my employee was going to lose his arm (he didn’t), what I could have done to prevent the accident, and the shame I felt going to work the next day.

It’s been a number of years since this occurred and I understand full well my own experience was minor in comparison to what my employee went through. Still, I could have used this advice as I sat in the waiting room beating myself up:

Any misfortune that lies outside the sphere of choice should be considered an opportunity to strengthen your resolve, not an excuse to weaken it.

This thinking converts adversity into opportunity and, as noted by Lary Wallace in the Aeon piece I referenced above, is a part of what the Stoic philosopher Seneca was getting at when he described what he would say to someone who has never been tested by hardship:

It’s what Stockdale was getting at when he said:

Good and evil are not just abstractions you kick around and give lectures about and attribute to this person and that. The only good and evil that means anything is right in your own heart, within your will, within your power, where it’s up to you.

We started this thread talking about rules and how to react when you find that others aren’t following them. I share the stories above in case one day, despite the best of intentions, you learn it’s you and your organization that have failed to live up to your ideals.

Despite a strong desire to do the right thing, high ideals, and the best of intentions I’ve in fact had to personally own each of the examples of misfortune cited above. To those who would say the underlying reason for this is my own incompetence, I’d frankly have a hard time arguing your point. Indeed, by any of the standard measures used to judge companies (e.g., profitability, growth rate, number of customers, etc.) I think it’s safe to say there are plenty of companies in our industry who do much better than Evaero does.

That said, one of the things I’ve learned trying to keep Evaero in business over the past 15 years is that when folks gather to honor your passing, the standard measures we use to judge people in life today won’t be the focus of the eulogy. Your quarterly numbers, social media likes/followers, frequent flyer miles…trust me friends, nobody that matters is going to give a shit.

Which is why, when that day comes and misfortune falls upon you, after you’re done being honest with yourself and have taken responsibility for your own actions, keep the following quote from the Stoic philosopher Epictetus in mind:

The judgement seat and a prison is each a place, the one high, the other low; but the attitude of your will can be kept the same, if you want to keep it the same, in either place.

Before checking out, how about some music for our Manufacturing Peace of Mind™ playlist?

With Bob Dylan having recently become the first musician to have been awarded the Nobel prize for literature (New York Times), I was planning on adding a song by him but, having recently seen the excellent Netflix documentary What Happened, Miss Simone, I thought I’d come up with an offering that recognizes both artists. So, here is Nina Simone singing the Bob Dylan song “I Shall be Released” in Paris in 1968:

I do believe Epictetus and Seneca would have both loved this song as much as I do and I hope you do too.

*Except of course those faced by current the Republican candidate for president who, as noted by the Huffington Post, once compared his own efforts to avoid sexually transmitted diseases to the Vietnam War.

**Trust me when I say that the laws are sufficiently complex and convoluted that, given our primitive starting point, hiring a consultant was deemed necessary to come into compliance in a prompt manner.