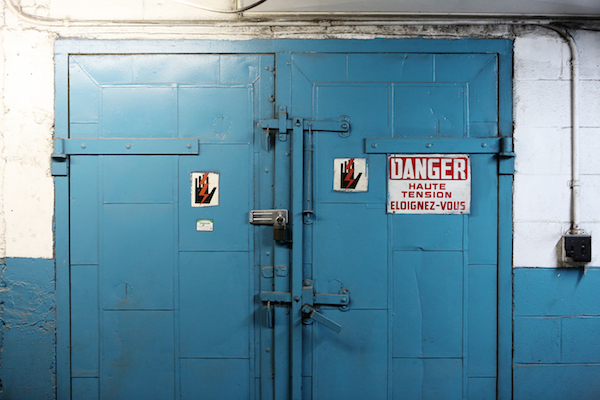 The beautiful thing about learning is nobody can take it away from you. ~ B.B. King

Over the last few blogs I’ve written several arguments why businesses should be concerned if their employees are consistently working too  many hours.

Here is a synopsis but please feel free to catch up:

Today, I want to talk about why we individuals should also be concerned about this issue.

Aside from the fact a lifetime of long hours may ultimately lead to a whole lot of regret as Bronnie Ware reminds us in her book The Top Five Regrets of Dying, all those extra hours may ultimately undermine your ability to remain relevant in a rapidly changing economy.

It should be clear to anyone who has a job in the private sector that technology is moving quickly to replace many of the jobs humans currently do. Whether you believe as I do that the future will be filled with new yet-to-be defined jobs or, as the folks who created the video “Humans Need Not Apply” do, that we’ll soon be entering a period when ever increasing portions of the population will be unemployable, one thing is clear: automation is inevitable.

Don’t think your job is at risk?

Carl Benedikt Frey and Michael Osborne project that 47 percent (!) of workers in America are projected to be impacted as artificial intelligence automates more and more jobs. (Economist)

Further, as noted in the article, it matters not what kind of job you have because:

What determines vulnerability to automation is not so much whether the work concerned is manual or white-collar but whether or not it is routine.

We can’t stop this trend, but we can better prepare ourselves for the future by getting into a habit of learning new things. And here, my friends, is where the danger lies in all those extra hours you’re working: If you’re spending your energy on day to day tactical matters, you’re unlikely to have the energy in your tank to learn new things.

Whether you’re in sales, engineering, purchasing, manufacturing, management, etc., I understand why it’s hard to break away from the day to day tactical matters. It’s hard because not only does your organization depend on you to do those things well, you probably are where you are today because you’re very good at it.

The problem is, the longer you favor doing the same old thing day after day over taking time out to learn something new, the harder it will be to crack the books back open when you are forced to. Indeed, as Warren Buffett once said:

Chains of habit are too light to be felt until they are too heavy to be broken.

Too tired to crack a book open when you get home? I totally get it. But really, how much time are we talking about here? Thirty minutes? Take a look at your schedule and unless perhaps you’re a single parent, I bet you’ve got 30 minutes you can set aside to learn something new.

What if you are a single parent? As a (part-time) single parent myself what I’ve tried to do is learn alongside my (now) eight year old son. There is nothing better than convincing yourself you know a subject than coming up with an explanation that a child can understand. More on that in a future blog but for now…What to learn?

Although some might disagree, personally I don’t think it really matters as long as you’re pushing yourself to learn something new. Don’t know where to start? Here, courtesy of Open Culture, are 700 MOOCs getting started in May. Provided you have access to an internet connection, you can take them anytime/anywhere. For free!

On that note, a good place to stop. Before checking out for the week, how about some music?

When I travel, in addition to asking around about places to eat, if the opportunity presents itself, I’ll ask the young and hip for local music recommendations. Very sadly, a recent trip to the great city of St. Louis didn’t allow time for BBQ. I did, however, return with some music recommendations. Here then is the hip hop band iLLPHONiCS with their song “Your Body.” Great stuff I’ll be sure to add to the ever expanding Manufacturing Peace of Mind™ playlist.