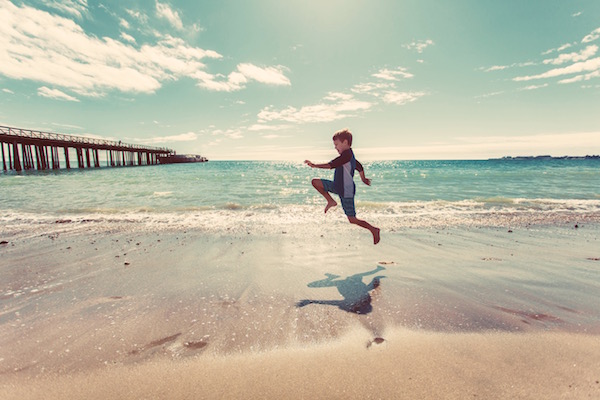 I will return to our discussion on effecting change but before I do so, I wanted to share some highlights from a couple books I had the luxury of time to read between Christmas and the New Year.

Previously, I mentioned the British author John Kay and his fantastic new book: “Other People’s Money – The Real Business of Finance.” I had been introduced to Kay via a book he wrote in the early 90s called “Foundations of Corporate Success.” I thought it would be worthwhile to revisit it over the holiday to see how it held up to my first impressions. I’m glad I did – I liked it even better the second time.

The main theme of Kay’s book “Foundations to Corporate Success” is:

Competitive advantages are generally based on stability and continuity in relationships.

This shouldn’t be a surprise if you believe as Kay does that:

The key measure of corporate success is added value and that the purpose of business activity is to put together a set of relationships which maximize that added value.

In other words, value is added by developing a set of relationships which others are unable to make. Furthermore, by focusing on relationships, Kay is able to view the “architecture” of a firm as unique and distinctly capable of adding value to individual contributions.

How does it do that?

Indeed, as noted by Kay:

Although this quote stands in stark contrast to those who feel their organizations are limited by a lack of talent, I think Kay is spot on and it’s something worth thinking about while laying out strategic goals for 2016.

The other book I read during the break was “The Prize: Who’s in Charge of America’s Schools?” Written by long time Washington Post reporter Dale Russakoff “The Prize” is an absolutely riveting story of City of Newark’s efforts to fix its utterly broken public school system.

The narrative revolves around what happens to the Newark school system after Facebook CEO Mark Zuckerberg pledges $100 million (to be matched by another $100 million from other donors) to help then celebrity mayor of Newark Cory Booker (who wants to move on to bigger things) and the current Governor Chris Christie (who also wants to move on to bigger things) transform Newark into “a symbol of educational excellence for the whole nation.”

While the stories of the big-name-personalities involved (e.g., Oprah, Booker, Christie, Zuckerberg, etc.) and the clash between the teachers’ union and those desiring change kept things moving along, what left the greatest impression were the descriptions of all the educators going to great lengths to reach out to kids who are submerged in poverty and surrounded by violence.

Aside from being humbled, suffice it to say it put the problems I face into larger perspective.

As I was reading “The Prize,” I also couldn’t help but reflect back on the Kay book and how much of it applies to the situation of the Newark school system. One of the most memorable (and heroic) characters in “The Prize” is a former public school teacher named Princess Fils Aimes who, after finally switching to a charter school concluded that:

Charters were not inherently better rather that they were structured to more easily deliver money to class-rooms (sic) than was the district.

If one considers that of the $19,650 (!) the district schools get per student, only $9,604 reaches the school and compares that to a charter school like Spark Academy which manages to get $12,664 of the $16,400 it receives to the school it would seem that Aimes is onto something (source).

Another difference between schools was the manner in which school leaders developed relationships with their teachers to build supportive working conditions. Public school teachers are noted in the book as saying “they had worked for too many principals who were ineffective at best, bullies at worst.” Russakoff describes one teacher who said “her stomach used to tighten when her classroom doorknob turned, a signal that a previous principal was arriving to conduct an observation that invariably would be harsh and provide no useful feedback.”

Is it any wonder why (from the book):

Teachers consistently tell researchers that, given the choice, they would opt for a good principal and supportive working conditions over merit pay.

Indeed it’s interesting to note (also from the book):

Research has found no correlation between merit pay and student achievement, although reformers and venture philanthropists were fighting hard to make it a stable of new teacher contracts.

Regardless of the organizational form (i.e., charter vs. public) it became clear to me how important relationships and architecture are to school success. A good school successfully builds a set of relationships between its community, teachers, principals and students in order to add value to the individuals – the students. A good school has an architecture that enables its teachers to perform in extraordinary ways.

A good time to close this blog out. To help those of you who are reconsidering your New Year’s resolutions, I’m thinking an article next week on willpower may be well timed.

I didn’t have much of a chance to listen to new music between Christmas and New Year and, in fact, spent most of the time trying to get Adele’s Hello out of my head with some Scottish holiday music (and drink). So today, for those of you who might want to take the New Year to chart a new course, I wanted to leave you with a story of someone who, after retiring, transformed himself into a shoe designer (H/T kottke.org).