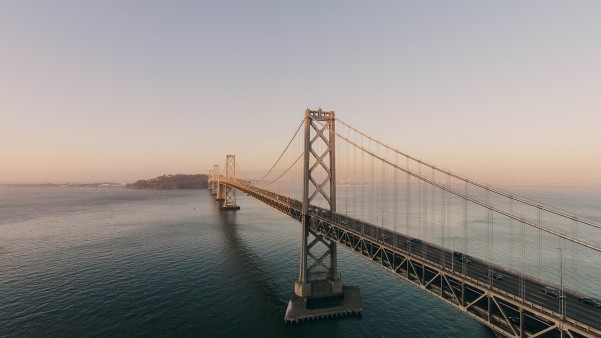 After exploring CEO pay, the minimum wage debate and the state of American manufacturing jobs over the past several weeks, today, I pose the question: How are American workers faring in this economy?

So how have increases in efficiency benefitted the average American worker? Ummm…not so well.

As seen in the Economic Policy Institute (EPI) chart below, in the three decades following World War II, the hourly compensation of American production (nonsupervisory) workers increased as productivity increased¹. Starting in 1973 however, changes in technology, globalization, and union power collectively worked to suppress (median) wages despite increased productivity². 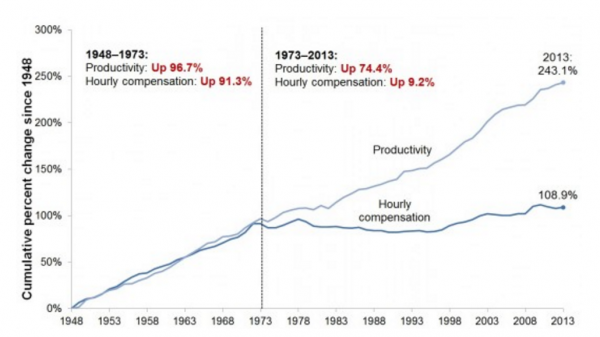 Needless to say, given the historical contributions manufacturing jobs have made to America’s middle class, these data should be worrisome. It’s hard for me to imagine checking or reversing the rise of income inequality in America without addressing the issue of wage stagnation. That said, I have grave concerns about the effect increasing the minimum wage may have on low income families.

So what’s the answer?

My own sense is the U.S. Government should focus on the long term:

Invest in human capital via vocational and apprenticeship programs, for example.

Get its fiscal house in order

As noted by former chief economist for the International Monetary Fund (IMF), “Overborrowing always ends badly, whether for an individual, a company, or a country.” Eventually, our inability to balance revenue with expenses is going to lead to a very unhappy ending and, when it does, it will be those of us who make a living on Main Street who will end up suffering the most.

For example, ending the marriage penalty in means-tested welfare programs.

Get “medieval” on the financial sector, to quote Marsellus Wallace.

Consider for example, the financial reform recommendations (none of which involve more regulations) in John Kay’s fantastic book Other People’s Money – The Real Business of Finance (pp. 259-260):

A good time to sign out for the week. In a bow to Marsellus, today I’ll leave you with the dance scene from the movie Pulp Fiction.

² Note however that we all benefit indirectly from increases in productivity because the amount of work time required to buy (most) things has gone down. Indeed, as someone once said, the real cost of living is not measured in dollars and cents but in hours and minutes.